These ten cities are set for great things over the coming years, and each has something unique to offer. Bogotá is an upcoming international tech hub, while Panama City is a playground for the rich and famous. Vienna and Porto are cultural hotspots, and Cincinnati is a sensational place to bring up a family. Read on for more on these on-the-up locations, and a glimpse of some hot properties on the market.


Sophisticated, affordable, clean, safe, aesthetically exquisite, and socially democratic, it’s little wonder Vienna regularly tops quality of life polls; the Mercer Quality of Life Survey recently named the Austrian capital number one in the world for the seventh year in a row. Geographically central, overflowing with work opportunities and excellent transport links, it has become a key European business hub. Equally, Austria now boasts one of the highest figures for GDP per head globally, according to the World Bank. A large student population ensures superb recreational activities and vibrant nightlife; Vienna’s bar and multicultural restaurant scene is on the up, while the city’s elegant café culture continues to flourish.


Boasting a great combination of city, beach, and rainforest in a gloriously tropical climate, Panama’s economy is booming, partly due to the recent expansion of the Panama Canal, according to Bloomberg. Its capital is also rapidly becoming a playground for the super-rich. The new Soho Panama mall brought Chanel, Versace, Burberry, and Ladurée to the city, while the Ritz-Carlton hotel opens later this year. By 2024 its impressive transport, healthcare, and tax systems are expected to attract a further 7,000 super-rich residents. Meanwhile, a new Panamanian cuisine is beginning to emerge at hotspots like Manolo Caracol and Riesen.


The largest Polynesian city in the world, Auckland is a melting pot of international cultures. It also has one of the most business-friendly markets: the city accounts for 35% of New Zealand’s GDP and is growing at 2.9% annually, attracting new investment and entrepreneurs from around the globe.

Its most popular areas include Waiheke Island with its vibrant arts scene; Grey Lynn, famed for its chic feel and international food; Viaduct Harbour, full of superyachts and elegant dining, and Mission Bay, which offers a relaxed beach atmosphere.


The reigning European Entrepreneurial Region of the Year, Lisbon has worked hard to support domestic business and market itself as an accommodating place for entrepreneurs since the Eurozone crisis. Startup Lisboa has helped found hundreds of businesses, with around 30% of new entrepreneurs coming from abroad. People here are warm, friendly, and laid-back but also energetic and ambitious, and more and more high-tech, tourism, and creative start-ups are appearing. The city runs on a “work hard, play hard” ethic, with its golden beaches and 250 days of sun per year offering plenty of ways to unwind. Culturally, Lisbon has a thriving arts scene, booming nightlife, and a range of fantastic restaurants.


The Hawaii capital of Honolulu boasts great shopping centers, restaurants, and miles of beaches, leading to it being ranked one of The 50 best places to live in America by Business Insider. This modern Pacific city – which runs on a diet of tourism, entertainment, recreation, and exquisite scenery – also has superb air quality and low instances of cancer and heart disease.


The cool, cosmopolitan Canadian city of Calgary, Alberta, regularly ranks high on global living standard lists, and for good reason: low taxes, clean air, low crime rates, and an abundance of nature – the Canadian Rockies are an hour-and-a-half away by car – making life here easy to love. New businesses spring up daily, and, compared to Toronto and Vancouver, house prices here are low: the average price of a property in Calgary in the year to August 2016 was $457,000, significantly less than many other Canadian cities. The city is not only an auspicious destination for young professionals, but also for Canada’s leading real estate market.


Named by Forbes magazine as “the next capital of cool,” Colombia’s capital is an alluring mix of business and pleasure. Boasting a beautiful historic center, a thriving luxury shopping and dining scene, and an excellent cycling network, Bogotá is simultaneously becoming South America’s newest tech hub – Google, Facebook, and Microsoft have all opened offices, while local start-ups are booming. Huge improvements to security and stability have made Bogotá more attractive to both international investors and overseas home buyers, and and has boosted quality of life immeasurably.

“The attitude of people in Bogotá is very driven, entrepreneurial, family-oriented, and outdoorsy. In terms of neighborhoods, Zona G is known as the Gourmet Zone, where the high-end and up-and-coming restaurants are located. Meanwhile, Zona T (which has a T-shaped area at its center) is most recognized for exciting bars and the best nightlife,” says Rick Moeser, Christie’s International Real Estate’s Executive Director for the Southeast Region, Caribbean, and Latin America.


Recently named “Europe’s most compelling new food destination” by The Wall Street Journal, Porto’s restaurant scene is catching up with its outstanding wines, and the city is quickly shedding its title of “Lisbon’s little sister.” Portuguese chefs such as Nuno Mendes in London and George Mendes (no relation) in New York, have put the country’s cuisine firmly on the global food map. People are now flocking to sample both Porto’s cellars and dining halls, where the focus is on excellent local produce and “urbane rusticity.”

Laid-back and low-key, Porto ripples with cobbled streets, Baroque churches, Art Deco architecture, food markets, jazz bars, exhibitions, and music festivals such as Primavera Sound. For those looking to embrace the region’s charms as a permanent resident or second-home owner, this traditional Portuguese quinta (“country estate”) in the Maia region just north of Porto may entice. Marketed by Christie’s International Real Estate affiliate Luximo’s, it has 10 bedrooms, eight bathrooms, a swimming pool, tennis court, and winemaking facilities attached to its own vineyard.


Hit hard by the 2008 property crisis, Spain’s historic city of Valencia is now overflowing with real estate bargains, luring young Spaniards from other cities as well as international young professionals keen to take advantage of the coastal city’s low cost of living, warm climate, and attractive culture. Its rich and storied history lends itself to an extraordinary mix of cultures and styles, most identifiably in the city’s architecture, which ranges from old fishermen’s cottages in the Cabañal, to ultramodern flats overlooking the City of Arts and Sciences center, and beautiful façades in Carmen old town.

“Valencia is considered the most creative city in Spain. The way of life here is ideal for families due to the quantity and quality of schools – including international schools – and the many leisure opportunities,” says Francisco Ballester of Rimontgó, Christie’s International Real Estate’s affiliate in Valencia, Spain.

The city ranked as the world’s top “comeback” property market in the 2016 Christie’s International Real Estate Luxury Defined report, and posted an incredible 89% annual increase in luxury home sales. Thanks to a weak euro, property prices below the 2007 peak, and a surge in overseas visitors, Valencia’s luxury housing market is likely to continue on its upward trajectory. 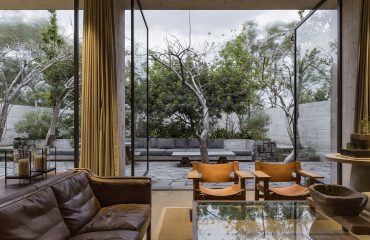 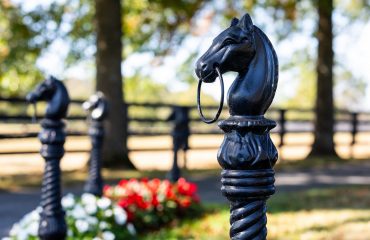