10 Top Things To See and Do in Sydney, Australia

Of all Australia’s kaleidoscopic landscapes, the harborside metropolis of Sydney is perhaps the most immersive, with its thriving shopping districts, world-famous restaurants, and yacht-dotted coastline

Sydney has it all: pristine beaches, leafy suburbs and undiscovered bushland. From its resplendent harbor – surely the most photogenic, and photographed, in the world – to its world-class restaurants and art scene, it excels on every level. Ken Jacobs, managing director of Ken Jacobs, an affiliate of Christie’s International Real Estate, tells us why there’s nowhere else he’d choose to be.

1 The Harbor
Sydney’s harbor is one of the world’s largest – 149 miles of shoreline encompassing bushland, parks and gardens, Sydney Harbour Bridge, and the Opera House. It’s also where property prices are at their highest: “We’re marketing an 1863, 1.7 acre property over six titles – now configured as two separate residences – with 144 feet of beachfront for circa A$80 million (US$57m),” says Jacobs. “Prices for property around the harbor start from A$1 million (US$713,000) for a two-bedroom condo, rising to A$80 million (US$57m) for a historical six- or seven-bedroom house with beach.” (Jacobs recently sold a seven-bedroom, non-waterfront property in Vaucluse for a reputed A$70 million [US$49.9m] – the highest price ever paid in Australia.)

2 The Art Gallery of New South Wales
The collections in this wonderful art gallery are, according to its website, “a barometer of the evolution of taste and style, and of changing social, cultural, and political values.” You’ll find art from every period and every nation, including early pieces by Aboriginal artists Tommy McRae and Ginger Riley Munduwalawala, as well as work by Brett Whitely and Jeffrey Smart. “I’ll be coming here for the rest of my life,” says Jacobs. “It’s the best place to be on a Sunday afternoon.”

3 The Opera House
“Our Opera House is a World Heritage Site and a global cultural icon,” says Jacobs. Despite its name, the “house” is actually a multi-performance venue that includes three theaters, as well as the concert hall, attracting the world’s best artistes and staging some 3,000 events every year. Jacobs loves the Grand Organ – the largest one of its type ever built. “It’s a behemoth, with more than 10,000 pipes.”

4 The Royal Botanic Gardens
Jacobs and his wife Louise also love the botanical gardens, which cover 74 acres. Founded by Governor Macquarie in 1816, the gardens are the oldest scientific institution in Australia. “We walk there in all seasons and in all weather, and always find something new to explore. I seem to be saying ‘among the best in the world’ a lot, but that’s because so much of what we have in Sydney is outstanding.”

5 The restaurants
Like other major cities, Sydney has superb restaurants. Jacobs and his wife have many favorites, among them Catalina in Rose Bay, where the specialty is suckling pig; Otto on Cowper Wharf; Aria at Circular Quay; China Doll at Finger Wharf. Tetsuya’s, a French-Japanese restaurant in a heritage-listed building in the center of Sydney, always impresses clients. Seafood lovers will appreciate Sydney Fish Market, which is the largest market of its kind in the southern hemisphere, and the third-largest fish market in the world. 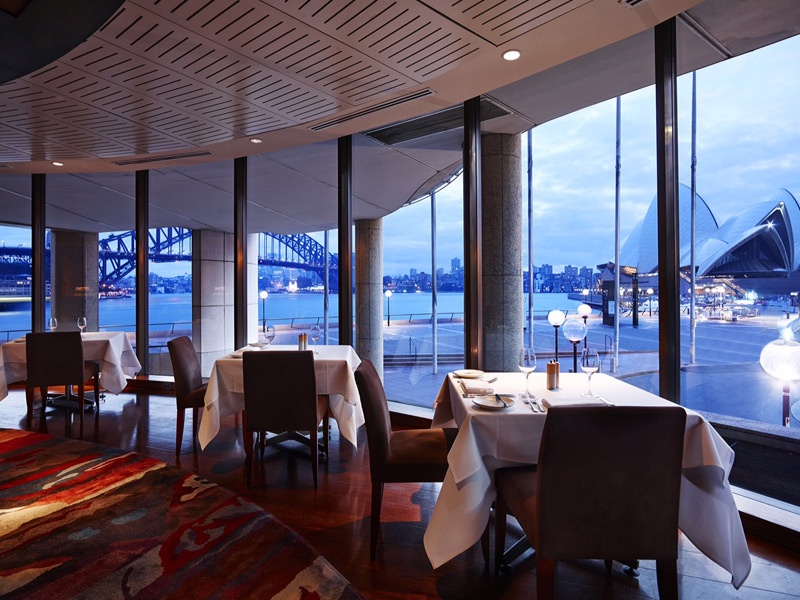 With stunning views across Sydney Harbour and its eponymous bridge, Aria enjoys a prime location, which complements the fantastic food on offer. Photograph: Aria Sydney 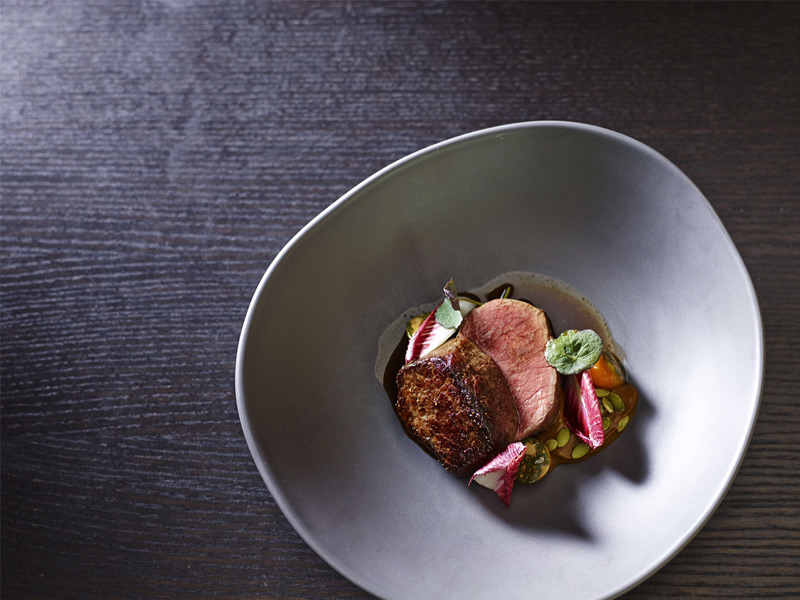 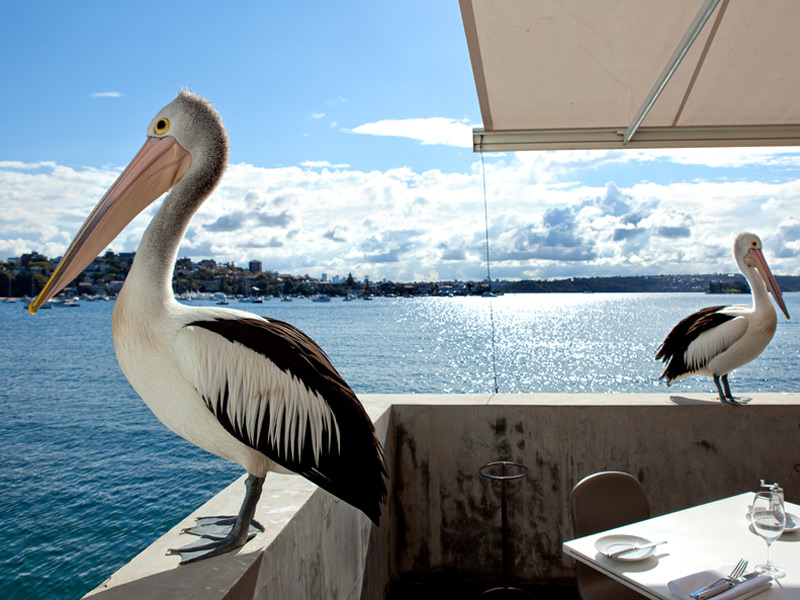 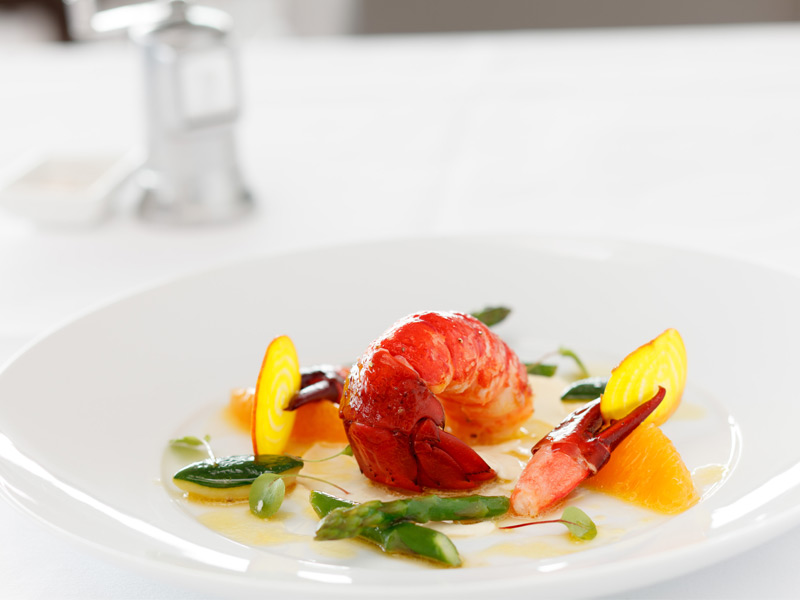 6 The wines
“My wife’s favorite—Henschke Hill of Grace—retails for around A$400 (US$285) per bottle, so we don’t drink it often,” says Jacobs. “It’s beautiful. I’m cheating a bit because the vineyard’s not in Sydney, it’s in the Eden Valley wine region, but you can’t talk about Australia without mentioning wine.”

7 The shopping
“Double Bay is our Rodeo Drive,” says Jacobs. “The boutiques there sell all the big international names, as well as Australian designers, such as jeweler Jan Logan, who has made pieces for Hollywood actress Naomi Watts. One of the best boutiques is Belinda, which stocks designers Marni, Marc Jacobs, and Isabel Marant. And over in Alexandria, we have Space Furniture for interiors.”

I’ve traveled extensively and have seen some incredible sunrises and sunsets, but nothing compares to the light we get in Sydney.
Ken Jacobs

8 The beaches
Bondi, Manly, and Coogee are world-famous, but Sydney has more than 100 other beaches along its Pacific coast, some of which are even more beautiful. Where you go depends on what you’re after. If you want buzz and lots of water sports, then you’ll enjoy Bondi, but two of Jacobs’s favorites are lesser-known Whale Beach and Palm Beach, where beachfront property starts from A$5 million (US$3.6m).

9 The Sydney sky
“When I’m away from Sydney, one of the things I miss most is the light. I’ve traveled extensively and have seen some incredible sunrises and sunsets, but nothing compares to the light we get here. It’s so vibrant, and can be any color from the clearest blue to a bruised yellow. It makes me feel alive.”

10 The Sydney Theatre Company
Established in 1978, the Sydney Theatre Company has built its reputation on innovation by showcasing new writers and its interpretations of established plays. Actors, producers, and directors from all over the world line up to work with the company. Past collaborators include Philip Seymour Hoffman, Liv Ullmann, Steven Soderbergh, Cate Blanchett, Toni Collette, and Geoffrey Rush. 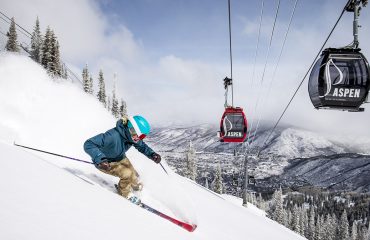 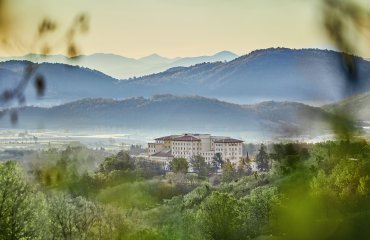 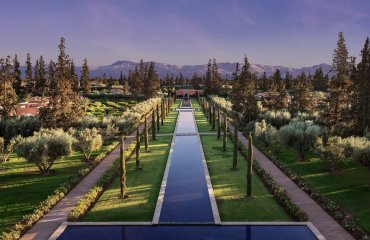