For the discerning homebuyer, a home in a cultural capital is a must-have in any luxury property portfolio. Ah, but for the art connoisseur, even in the age of social distance, city life provides one paramount advantage: access to the world’s greatest museums—many of which are now open or slowly reopening to the public, with strict health and safety measures in place. Herewith, we curate a collection of museum-grade city homes, artistically designed and luxuriously appointed, all within minutes of world-renowned museums. After all, a day spent contemplating great art and cultural treasures is best completed in the serenity of one’s own beautiful home. These artworks are to be inhabited.

This circa-1817 Federal-style townhouse is on prestigious N Street in the West Village of Georgetown close to some of the world’s finest museums, including the Smithsonian American Museum of Art and the National Museum of Natural History. The home provides 7,000 square feet of elegant living space across five floors. The entrance foyer opens to several elegant reception rooms with double-hung windows, high ceilings with magnificent crown moldings, gleaming wood floors, and six fireplaces with Egyptian marble mantels. Two formal staircases and an elevator rise to the upper levels. There are five bedrooms, six full bathrooms, and three half bathrooms. The primary suite is a sumptuous private retreat with dual bathrooms, walk-in closets and a deck for alfresco dining and relaxation. The professionally designed gardens have been on the Historic House and Garden Tours of Georgetown and include an ornamental fish pond. The property includes two garages and two additional parking spaces.

This light-filled grand residence is a perfect pied-à-terre after a long day’s stroll in Paris’s 7th arrondissement. Its treetop views take in the Louvre Museum, the Eiffel Tower, Basilica of the Sacred Heart, and La Madeleine. The apartment is on the sixth floor of a fine turn-of-the-century Haussmannian building near the Impressionist treasure house of Musée d’Orsay. The interiors were renovated throughout, but the 19th-century period details remain intact, including the herringbone parquet floors and carved marble fireplaces. The living spaces, with floor-to-ceiling doors opening to a long, charming balcony, include a grand reception room, dining room, and a kitchen, which shares the view over the Parisian rooftops. The private quarters include a principal suite with a private terrace, two bedrooms, and a shower room.

A landmark building on Downtown Manhattan’s most prized block, 40 Bond Street is a masterpiece of modern architecture designed by Pritzker Prize-winning architects Herzog & de Meuron in collaboration with Ian Schrager. Located in the heart of NoHo, bordering SoHo, Nolita, and Greenwich Village, the building is just 10 minutes’ walk from the Museum of Street Art and the New Museum, an art museum dedicated exclusively to contemporary works. Residence 6A is an elegant three-bedroom, three-and-a-half bathroom home with a seamless “floor-through” plan, its northern and southern exposures illuminated by exceptional 11-foot-high floor-to-ceiling Schuco windows. The grand entry gallery opens up to an impressively scaled entertaining space, combining open living and dining with an abundance of art walls. The chic galley kitchen opens to a separate library/study. The grand primary bedroom suite features beautifully proportioned double walk-in closets and an en suite bathroom with a custom Herzog & de Meuron-designed wet room in seamless in white Corian with oak cabinetry. The second and third bedrooms offer en suite bathrooms, an abundance of closet space, gentle light, and quiet views. A 24-hour doorman and concierge, gym and private garden are among the amenities of this impeccable residence.

This art collector’s apartment is in the heart of Shanghai’s exclusive French Concession district, renowned for its shops and parklike setting. Shanghai Arts and Crafts Museum is just 7 minutes’ walk. The Shanghai Museum, Shanghai Natural History Museum, and MoCA Shanghai are all within 15 minutes’ drive. Designed by a renowned Italian architect and widely published worldwide, the residence blends Parisian charm with New York chic. Dark herringbone floors throughout, custom finishes, contemporary kitchen and bathroom appliances, floor heating systems, and central air conditioning are among the details. There are two bedrooms and two bathrooms and a library/office. Floor-to-ceiling windows open to two balconies, one facing north and one facing south, with the latter overlooking a small Japanese garden on the ground floor and the historic Marshall House.

Built circa 1600, this grand mansion in Gamla Stan, Stockholm’s Old Town, hides a trove of artistic treasures. The grandeur begins at the imposing gates and colonnaded hall, adorned with a lierne vaulted ceiling and brickwork thought to be among the oldest in Stockholm. The 4,079-square-foot interior spans four floors. Each is a work of art, sensitively restored and renovated, ensuring the fine period details have remained intact. The grand formal dining room features Rococo window lintels and paintings ascribed to Swedish artist Lorens Pasch the Elder and a magnificent mirror designed by Carl Hårleman. The old-world ambience extends to three 16th-century tiled fireplaces. The lower level houses a spa, wine cellar, and original knight’s hall. Just outside the gates are the cobblestone streets and romantic squares of Old Town and its many historic and cultural institutions, including the Royal Palace, Royal Treasury, Royal Armoury, Jewish Museum of Stockholm, and the Nobel Museum.

This magnificent three-story, 3,767-square-foot penthouse resides within a 15th-century palace overlooking the Piazza Venezia, the Santa Maria in Ara Coeli, and the National Monument of Victor Emmanuel II. The home has been restored by architect Carlo Fontana with an eye to contemporary living. The primary suite features a sumptuous bedroom with dressing area and two large bathrooms; a grand staircase takes residents to the formal reception area, composed of a sequence of gracious halls. The top floor houses the main kitchen. Five large terraces with glass-enclosed garden rooms provide a beautiful venue for year-round entertaining or another place to contemplate the view.

Villa Alsberg is a stately mansion and designated national monument encompassing nearly 13,500 square feet on Amsterdam’s famous Museum Square, home to the Rijksmuseum, Stedelijk, and Van Gogh Museum. The residence was built in 1904 by Ed Cuypers, nephew of the illustrious Dutch architect Pierre Cuypers (1827-1921), whose famous works include the Rijksmuseum and Amsterdam Central Station. After an intensive restoration, the five-story residence has been updated and restored to its original grandeur. The restoration, guided by Cuyper’s original drawings and photographs from the Amsterdam City Archives, included the installation of over 300 stained-glass windows—resulting in a perfect home for those who revel in history and artistic detail.

Designed by the internationally renowned Brazilian architect Isay Weinfeld, this spectacular 10,247-square-foot residence is an exemplar of Brazilian contemporary residential architecture. Practical and functional, this home in the charming, upscale neighborhood of Jardim Europa, is a luxurious escape from the bustle of Brazil’s capital. Art collectors will appreciate the home’s dedicated gallery space and proximity to São Paulo’s museums. The MUBE (Brazilian Museum of Sculpture) and São Paulo Museum of Image and Sound are less than five minutes by car. The fluid living spaces span three luxurious levels, accessed via an elevator, with three bedroom suites, including a main suite with a terrace, a library, an office, sauna, and gym, which open to lush gardens with a swimming pool. 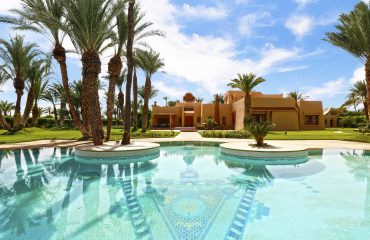 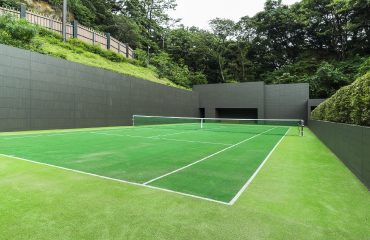 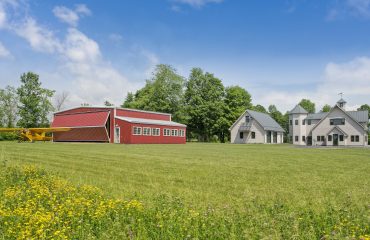