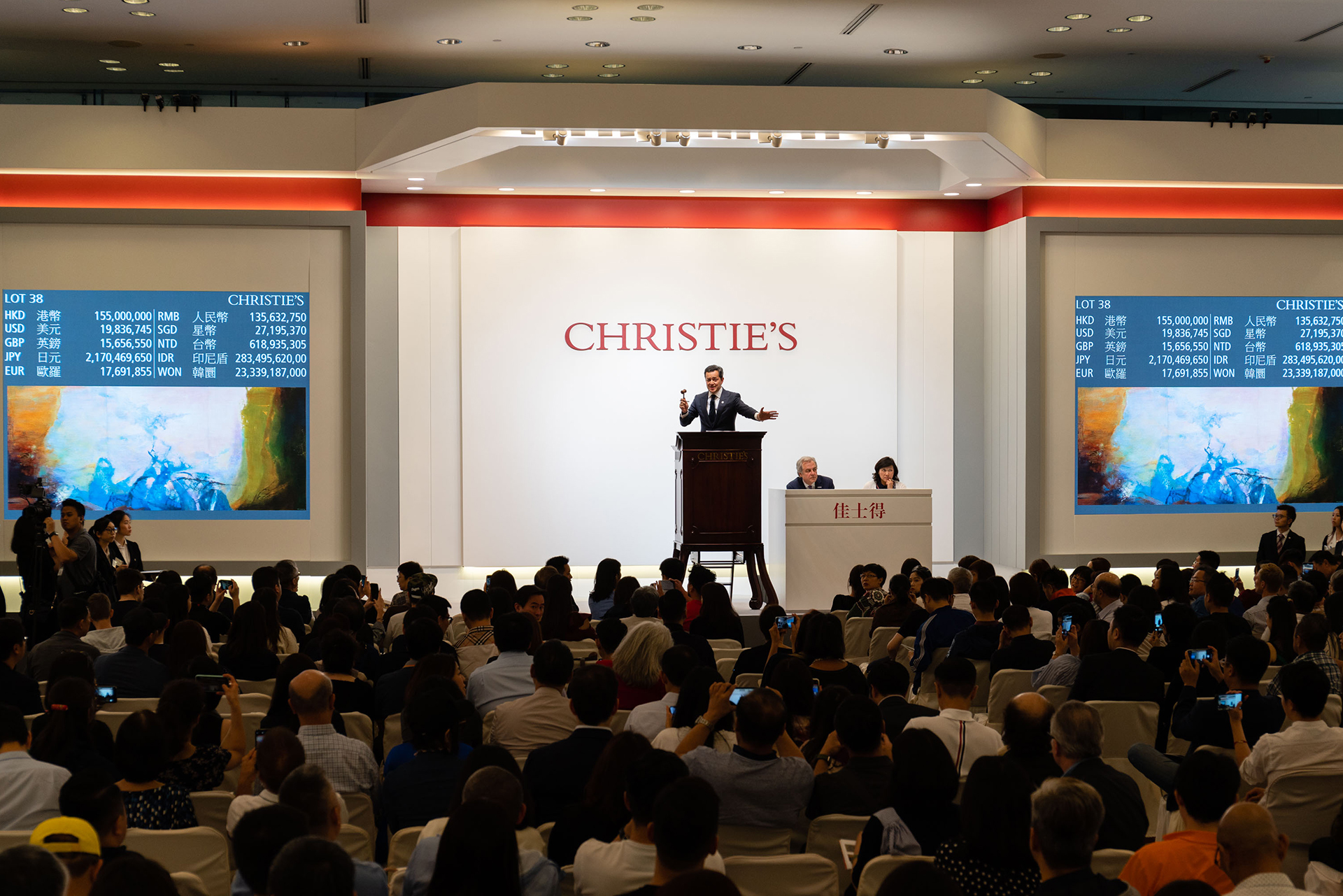 Glimpse inside the art world, as specialists share their insider knowledge on the iconic sales of 2019 and 2020

In 2019 and 2020 respectively, more than half of the top 10 annual global auction results took place at Christie’s. “New and existing collectors are looking for something fresh and inventive,” says Evelyn Lin, International Director and Head of Modern & Contemporary Art, Asia Pacific at Christie’s Hong Kong. “We’ve added these elements into our sale curation, and it’s helped us to reach an even greater collector audience.”

Read on for insight into the last two years’ most significant sales, and the art market trends that Christie’s experts believe these items reveal.

Painted in Lichtenstein’s signature “Ben-Day” dot style in oil and magma on canvas, Nude with Joyous Painting forms part of the artist’s The Nudes series. “These works marked Lichtenstein’s majestic return to the comic-book heroines that propelled him to fame in the early 1960s and together, they rank among his most significant bodies of work,” says Ana Maria Celis, head of Evening Sale, Post-War and Contemporary Art at Christie’s.

With social distancing measures in place due to the pandemic, this important artwork had an equally momentous sale at Christie’s New York last summer—appearing in ONE: A Global Sale of the 20th Century, a virtual auction and the first of its kind in history. In one relay-style format, the live-streamed auction reached more than 80,000 people globally and took place in real time, recreating the excitement and pace of a traditional sale by moving consecutively through the time zones of the world’s four major art hubs: Hong Kong, Paris, London and New York.

Nude with Joyous Painting was the top sale of the evening and, as Celis explains, is seen as “the most significant example of Lichtenstein’s last great series to have ever appeared at auction.”

René Magritte’s L’Arc de Triomphe also featured in the ONE auction. The title suggests that Magritte thought his painting a triumph and it seemed that buyers at the auction agreed. “L’arc de triomphe came to market with excellent provenance and exhibition history, having formerly been in the celebrated collection of Harry Torczyner,” says Johanna Flaum, Head of Department, Post-War and Contemporary Art, Christie’s New York.

“At the time of sale, this painting had not been seen in public since being sold at auction at Christie’s in London 28 years ago,” Flaum continues. “The tree was an important symbol in Magritte’s imagination, representing the ultimate affirmation of nature. In this piece the artist brilliantly subverts our expectations, playing with perspective by juxtaposing a massive and distant tree against a background of meticulously depicted leaves seen in close-up. The impossible contradiction makes a strong and poetic impression.”

More than 280,000 people joined live-stream of the 20th Century Evening Sale, which took place at Rockefeller Center in New York this past fall. Due to COVID-19 health and safety considerations, the sale was held virtually and, thanks to its innovative format, reached a younger audience of viewers and bidders—from a greater variety of geographical locations—than those seen at a traditional Christie’s auction. This may, in part, explain the incredible success of Stan the Dinosaur, the tyrannosaurus rex skeleton which sold for five times its estimate.

As one of the world’s most complete fossil skeletons of a T-rex, “this is one of the best specimens ever discovered,” says James Hyslop, head of Christie’s Science & Natural History department. Since being unearthed in South Dakota more than 30 years ago, Stan (named after Stan Sacrison, who discovered him) has become a cultural sensation and is one of the most reproduced dinosaur casts in history. His legend was recognized at auction, with a price that way surpassed previous world auction records.

The 20th Century Evening Sale also experienced great success in the masterpiece category, which included the sale of Cy Twombly’s Untitled [Bolsena]. “It was a privilege to have the opportunity to present this work to the market,” says Flaum. “It has a beautiful background, full composition, and rich colors throughout.”

Twombly painted the 14 canvases in the Bolsena series between August and September 1969, immediately following the Apollo 11 mission to the moon—an event that greatly inspired the artist. Other works from this series are in some of the most prominent museum collections in the world, including the Art Institute of Chicago, the National Gallery of Art in Washington D.C., Kunstmuseum in Switzerland, and Pinakothekder Moderne in Germany.

The Life by Marina Abramović

A key highlight of the Post-War and Contemporary Art Evening Sale held in London last October, The Life by Marina Abramović broke a number of world records. “Abramović has long been considered a groundbreaking artist whose performances push boundaries, and hers is the first mixed-reality artwork to ever be offered at auction,” explains Katharine Arnold, Co-Head, Post-War and Contemporary Art for Christie’s Europe.

The Life also achieved a world auction record for a piece by Abramović, and has been selected to appear at London’s Royal Academy of Art—the first time a work by a woman has been chosen for the main galleries in the institution’s 250-year history. Abramović herself believes the artwork—in which viewers, wearing a spatial head device, can see a hologram of her appear before them in the surrounding gallery—is the future of performance art. By allowing an audience to experience her work beyond her own lifetime, “I’m there, preserved forever,” she says.

In May 2019, Rabbit— named by Christie’s as “the ultimate prize from the collection of publishing magnate S.I. Newhouse”—set a new auction record for a living artist. Bidding started at $40 million and quickly rose to $60 million before achieving its final record-breaking price of $91,075,000.

“When it was released in 1986, Jeff Koons’s sculpture, Rabbit, not only shook the art world to its core, but also altered the course of popular culture as we now know it,” says Alex Rotter, Chairman, Post-War & Contemporary Art at Christie’s New York. “For me, Rabbit is the ‘anti-David’: signaling the death of traditional sculpture and disrupting the medium in the same way that Jackson Pollock’s Number 31 permanently redefined the notion of painting. From my first day in the auction world, this is the work that has represented the pinnacle of both contemporary art and art collecting to me.”

This massive piece, which featured in Christie’s Hong Kong 20th Century & Contemporary Art Evening Sale in May 2019, stretches across three canvases and measures almost 17 feet (5 m). It’s Zao’s homage to Monet and Matisse, who inspired his move from China to Paris in 1948. Wou-Ki means “no limits” in Chinese—the perfect description for an artist embracing different cultural identities and art genres.

“This sale was notable for a number of reasons,” says Lin. “Firstly, for its extremely rare triptych format. Zao only made 20 large-scale triptychs in his lifetime, among which only seven were created during the 1980s. Very few are left in private hands.”

“Works of this scale also very rarely come to market and it was the first time this particular work was offered for sale—30 years after it was acquired directly from the artist,” she adds. “And the exceptional results show the continuing strong buying momentum from Asia, which accounted for 25 percent of the evening sale total.”

This piece was offered by members of the Rothschild banking family, considered by Christie’s as “the greatest family of non-royal collectors who have ever existed.” Described as a cup of unparalleled beauty and artistic execution, it soared past its high pre-sale estimate of £80,000/$100,560 at the Masterpieces from a Rothschild Collection sale in July 2019.

Related: Read the Christie’s Expert Guide to Curating a Collection

“This sale was indeed an exceptional moment,” says Charles Cator, Deputy Chairman of Christie’s International. “Since the early 19th century, the Rothschild name has been synonymous with collecting at the very highest level. The family sought out the finest examples in their chosen collecting fields, which cover a vast range but most especially Old Master pictures, kunstkammer objects, and German 16th- and 17th-century silver like this nautilus cup.”

“The high result achieved in this sale underlines the trend in the market towards works of high quality and with an interesting and romantic provenance.”

In the world of watches, Henry Graves Jr., a banker and financier, was one of the most important and prolific collectors of the 20th century. This, his first watch, has been dubbed “the holy grail” for collectors and is engraved with his family’s coat of arms. It went on sale in November 2019’s Rare Watches auction at Christie’s Geneva.

“This auction offered collectors not only a beautiful watch, but also a piece of history, demonstrating the pioneering craftsmanship and technology of the time,” says Sabine Kegel, Head of Watches & Wristwatches at Christie’s, Geneva. “It’s important to bear in mind that wristwatches had only evolved some 20 years previously and were often little more than modified pocket watches.”

“A wristwatch fitted with a minute repeater, in an age when watches were entirely made by hand, presented enormous challenges. Indeed, throughout the 1920s and ’30s, Patek Philippe is thought to have made fewer than three dozen minute repeaters. Graves owned three of them—this particular example was his very first, and it was one he actually wore and used.” 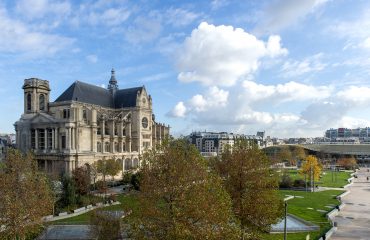 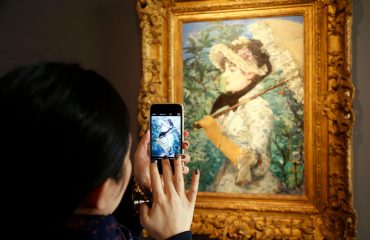 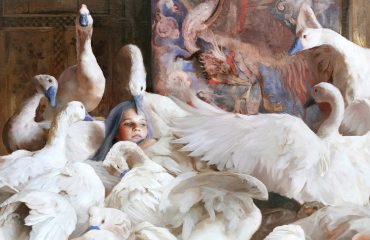