As NFTs change the way that the art market operates, new investment platforms are helping savvy collectors to navigate this digital world

Earlier this year, The First 5,000 Days (pictured above) by artist Mike Winkelmann, also known as Beeple, sold at Christie’s for a record-breaking $69.3 million—the third highest price ever achieved by a living artist. The sale marked the first time a purely digital artwork had ever been offered by a major auction house and, as The New York Times noted, is “the strongest indication yet that NFTs, or ‘non-fungible tokens,’ have taken the art market by storm.”

NFTs—assets that are verified using blockchain technology, in which a computer network records transactions and gives buyers proof of authenticity and provenance—are indeed causing waves in the art world. According to the NFT Report 2020, the value of the digital art market grew by 299 percent last year. And the audience for NFTs is growing too: around 22 million viewers joined the online auction to see the successful final bid of The First 5,000 Days go to the founder and financer of Metapurse, Metakovan.

“When you think of high-valued NFTs, The First 5,000 Days is going to be pretty hard to beat,” said Metakovan, in a statement explaining the artwork’s historical importance. “It represents 13 years of work. Techniques are replicable and skill is surpassable, but the only thing you can’t hack digitally is time. This is the most valuable piece of art for this generation.”

Guillaume Cerutti, CEO of Christie’s, commented: “We’re pleased to have brought together two distinct collecting communities—the traditional and the digital—at exactly the right moment for digital artists, for blockchain technology, and for cryptocurrency. The possibilities for what comes next in this field are inspiring.”

Related: What an Expert Wants You to Know About Investing in Iconic Collections

On launching in early 2020, ARTCELS released its first collection, offering shares starting at $500 in the works of important artists such as George Condo. The platform released a second collection this year and, while it has a higher entry point, it includes fewer works that are of higher value—including, for example, pieces by coveted artists such as Banksy. The next release, to be launched early 2022, will again include a higher entry, but as D’Anna explains: “The level of the works will be extremely important.”

“It’s going to be called Masters and it’s going to have some of the most exclusive pieces out there in the art space, such as original Invader, Robert Nava, and Josh Sperling—all very rare and achieving somewhere between 300 to 500 percent growth in their auction results. It’s a really exciting portfolio.”

After curating a collection, ARTCELS divides the value of an artwork (independently assigned by expert appraisers) into shares, and issues share certificates. These are digitized by creating an NFT out of each certificate and minting a coin. That coin can only be transferred upon subscription to the user who acquired that particular share.

The physical artwork is kept in a vault at D’Anna’s gallery, the House of Fine Art (HOFA) in London, and is consigned to other art galleries around the world—with the aim of increasing the artwork’s value as people experience it. As well as exhibiting and promoting the artworks, ARTCELS will also sell certain pieces to private clients when its investment team believes that the timing is right.

This expert insight on stocks and market trends is core to ARTCELS’ investment strategy. “Part of our job is knowing when the time is right to sell and when to hold,” D’Anna explains. The platform partners with 4ARTechnologies for the authentication of all art assets, and Assetyze ensures all transactions are secured with blockchain technology.

While ARTCELS’ digital investments focus on blue-chip artwork—which is produced and exhibited in a traditional format—HOFA also presents fully digital works. In April, the gallery launched the Matter and Form group show and NFT exhibition, showcasing both traditional form and crypto artworks by prominent contemporary artists.

Each artist in the exhibition created a unique still or animated NFT to compliment the original piece exhibited at HOFA. These crypto artworks were sold through blockchain-powered NFT marketplaces, Rarible and MakersPlace. This month, HOFA will also launch its own NFT marketplace, HOFA.io. Exclusively for the sale of crypto art, it will be the first NFT marketplace to be owned and run entirely by a leading international art gallery.

“We think this is a very interesting part of the art market,” says D’Anna. “Will it hold in time? We are being very careful and only collecting digital work by extremely vetted artists.”

Does he see the art world moving further into the digital realm? “We think it’s simply one side of the art market,” he says. “Ultimately, the NFT boom shows that there’s a market for savvy collectors who want to acquire something that is vetted and curated, and has an important investment grade.”

Art and the Artist: Discover More
August 3, 2021 Lauren Jade Hill
is a London-based travel and luxury lifestyle journalist who has written for Condé Nast Traveller UK and Forbes 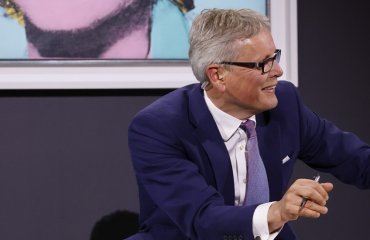 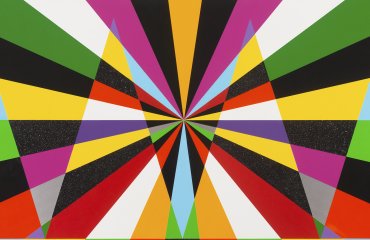 Creative Spirit: In the Studio with Artist Rico Gatson 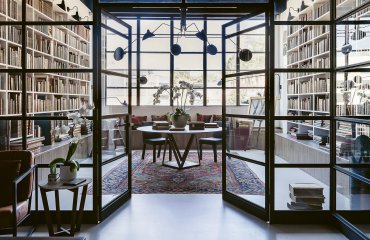