We present the best sculpture parks around the globe, which transform a walk through nature into an up-close encounter with visually stunning 3D works of art

From giant roosters, deer, and hares, to mysterious shifting fog installations, some of the most exciting works of art are sited outside the traditional confines of a gallery in sculpture parks, giving visitors a whole new perspective on the pieces themselves and the landscapes they dominate—all while enjoying the fresh air and beautiful open spaces. Here are seven to put on your outdoor-art agenda.

1. Yorkshire Sculpture Park
West Yorkshire, UK
A huge reclining hare, an army of imposing tribal figures, and a tree made of iron are just three of the sights that await visitors at Yorkshire Sculpture Park, which celebrated its 40th anniversary in 2017. The brainchild of founding director Peter Murray CBE, the park covers 500 acres (202 ha). Works by Henry Moore, Andy Goldsworthy, David Nash, and James Turrell are scattered around the grounds (as well as that Sophie Ryder hare, Zak Ové’s figures, and Ai Weiwei’s tree). “Viewing sculpture in the garden can provide a very different experience to an indoor gallery,” says Murray. “The changing light, the seasonal variations, and the elements all contribute to the experience.”

This is also the only place where you can see Barbara Hepworth’s The Family of Man in its entirety. “Sited on the hillside, the work takes on the majesty of the trees as it absorbs the Yorkshire landscape, which had such a strong influence on Hepworth,” observes Murray.

2. Minneapolis Sculpture Garden
Minneapolis, Minnesota, USA
If you were in London between July 2013 and February 2015, you might have noticed a huge blue rooster surveying Trafalgar Square. That particular bird—Katharina Fritsch’s Hahn/Cock—can now be found in the National Gallery of Art, Washington DC, but you can view its identical sibling (the work is an edition of two) at the Minneapolis Sculpture Garden, part of the Walker Art Gallery. The garden reopened in 2017 following a $10 million renovation and is home to works including Spoonbridge and Cherry by Claes Oldenburg and his wife, Coosje van Bruggen.

3. Storm King Art Center
Cornwall, New York, USA
Just over an hour’s drive from Manhattan, Storm King Art Center was founded in 1960 by Ralph E Ogden and H Peter Stern. Originally a home for the works of the Hudson River School for painters, the park now spans 500 contiguous acres of wildlife-packed fields, former allées, woodlands, wetlands, and streams. More than 100 sculptures are dotted around the landscape, among them the futuristic, bright-red Iliad by Alexander Liberman, complete with its impossibly balanced cantilevered elements, and the rotating Frog Legs by abstract expressionist Mark di Suvero. Storm King is currently staging two temporary exhibitions: Outlooks, a site-specific installation by Elaine Cameron-Weir, and Indicators: Artists on Climate Change, for which more than a dozen artists explore the impact of global warming through specially made sculpture, photography, and film. 4. National Gallery of Australia
Canberra, Australia
Not all sculptures need to be solid, as the National Gallery of Australia’s (NGA) Sculpture Garden demonstrates every day between 12:30pm and 2pm. As the name suggests, Fog Sculpture, by Japanese artist Fujiko Nakaya, envelops the garden in a mist that settles over its pond and pathways, shifting and moving with the wind. “The work is really intriguing because it acts very differently at different times of the year,” says Lucina Ward, senior curator, international painting and sculpture at NGA. “In foggy winters, the mist seems to continue onto the lake. On a hot summer’s day, meanwhile, it’s delightful to sit on a bench and have the vapor float onto your skin.” Also on display at the NGA is Heads from the North, by Dadang Christanto, a haunting work comprising 66 bronze heads staring out from the surface of a pond, and a life-sized model of Antony Gormley’s The Angel of the North.

Related: Find where the Art Is: 7 New Cultural Hotspots

5. Laumeier Sculpture Park
Saint Louis, Missouri, USA
In 1968, Matilda C Laumeier bequeathed 72 acres (29 ha) of land to what would become Laumeier Sculpture Park. Today, it encompasses 105 acres (42.5 ha), and is home to work from artists including Donald Judd, Jenny Holzer, and Tony Tasset, whose Deer is a pensive and nervous—yet supersized—fawn ready to make her move. “I see the Laumeier as an intellectual playground,” says curator Dana Turkovic. “Artists use it as a platform, to add new voices to the conversation about public art in nature.” Laumeier also has an indoor gallery space, the Adam Aronson Fine Arts Center, which this fall will showcase the work of David Hutson.

6. Domaine du Muy
Le Muy, France
Jean-Gabriel Mitterrand knows a thing or two about sculpture: for almost 30 years he has staged exhibitions—and sold many works—at JGM Galerie (later renamed Galerie Mitterrand) in Paris’s hip Marais neighborhood. In 2015, Mitterrand and his son, Edward, opened a viewing space of a very different kind: one with no walls, and forests of pine and cork oaks as a dramatic backdrop. Situated 15 miles (24.1 km) inland between Nice and Marseilles, Domaine du Muy opened with an art trail of 40 pieces by contemporary artists spread across 25 acres (10.1 ha), curated in collaboration with Simon Lamunière, the brains behind Art Basel’s Art Unlimited section. The trail has been expanded even further for 2018, but pieces by resident artists Roman Signer and Claudia Comte remain.

7. Louisiana Museum of Modern Art
Copenhagen, Denmark
Knud W Jensen loved art and culture. He also held other people’s love of it in high esteem, which led to him founding in 1958 what would become the most-visited art museum in Denmark. Today, the Louisiana Museum of Modern Art houses an extensive collection of works dating from the Second World War to the present day, in a series of modernist buildings and outdoor areas.

Its adjoining Sculpture Park is modeled on an English landscape garden and cannot be viewed in its entirety from any one vantage point. “Louisiana should make itself known as a place for sculpture,” said Jensen, in his book Mit Loisiana-liv (My Louisiana Life). Standout works include Two Piece Reclining Figure No 5 by Henry Moore, The Gate in the Gorge by American sculptor Richard Serra, and House to Watch the Sunset by American-Swiss sculptor Not Vital.
Discover More Art & the Artist Articles
August 9, 2018September 24, 2018 Steven Short
Christie's International Real Estate 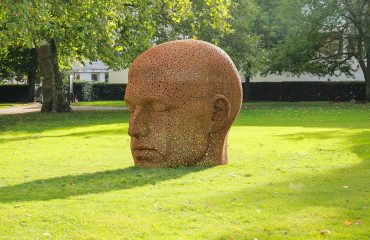 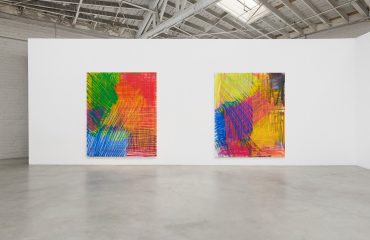