What To See and Do in Paris During Fashion Week 2015

The spiritual home of elegance is changing, welcoming the cutting edge alongside the classic. We divulge the hottest places to shop, eat, sleep – and invest – in the world’s most beautiful city

Whoever does not visit Paris regularly will never really be elegant,” wrote Honoré de Balzac, with typical French hauteur. A slightly biased view, but nonetheless probably true. Besides Chanel, many of the biggest fashion names are headquartered here, including Givenchy, Lanvin, and KENZO. Haute couture was born in Paris and it is, of course, where “good Americans” go to die, according to Oscar Wilde. There are numerous reasons why this diminutive city is a fashion capital, many dating back to the 18th century – although it can be argued that Paris’s fashion hegemony started well before then.

Where to shop
Montaigne Market (Avenue Montaigne) is not only beautifully laid out, but also boasts nearly 100 international brands of clothes, accessories, and jewelry selected by owner Liliane Jossua. Colette on Rue Saint-Honoré is as much of an icon as the Eiffel Tower and has long set the standard for avant-garde style – not just in Paris, but also around the world. Fashion types wax lyrical about the Water Bar cafe, downstairs. 25 Janvier (Rue Vieille du Temple) used to be known as Yukiko, after its owner, and sold some of the best vintage clothes and accessories in the city. Three years ago, Yukiko changed tack and now fills the store with her own label, 25 Janvier, a collection of dreamy ready-to-wear items, fur wraps, and accessories. And, of course, no shopping trip would be complete without a visit to Chanel on Rue Cambon, where Coco’s former residence and boutique now hosts the full Chanel range of clothing and accessories, as well as its couture confections.

Where to stay
Conceived by architect Pierre-Yves Rochon and Madame Maja Oetker, Le Bar du Bristol at Le Bristol Paris (Rue du Faubourg Saint-Honoré) has an old-fashioned feel, thanks to exotic wood paneling, parquet floor made of Versailles oak, and a 19th-century Siena marble fireplace. It’s also worth visiting to see one of the world’s foremost barmen in action: Maxime Hoerth, Meilleur Ouvrier de France (Best Craftsman in France), offers lucky guests the opportunity to sample exceptional and rare products, including champagnes, fine wines, and newly conceived cocktails. Four Seasons Hotel George V, Paris (Avenue George V) is widely considered to be one of the very best hotels in the world, where every whim and quirk is catered for. The most talked about hotel du jour is Paris’s “newest grand hotel” The Peninsula (Avenue Kléber), where Carine Roitfeld (of Vogue fame) celebrated her 60th birthday with Paris Hilton on the decks.

Food and drink
Hôtel Costes (Rue Saint-Honoré) is still very much en vogue. The renowned Jacques Garcia-designed hotel is a study in opulence. Always busy with an infectious energy, it’s a happy place where the beautiful go to shine and dine. Don’t miss the glowing basement swimming pool where spa-goers can relax pre and post treatments. French Love (Rue de Ponthieu), near the Champs-Elysées, is a tiny, effortlessly cool speakeasy bar opened recently by an ex-Costes barman and DJ. Featuring kitsch décor, delicious cocktails, and friendly staff, it is sure to be full to bursting with fashionistas during Paris Fashion Week. For a nightcap with views over the Seine, visit elegant nightspot Petit Bain (Port de la Gare). You could even dance into the small hours of the night, before heading to Petit Bain’s trendy terrace for brunch the next morning. Who needs sleep?.

What the real estate experts say…
According to Marie-Hélène Lundgreen of Belles Demeures de France (Daniel Féau Conseil Immobilier), an affiliate of Christie’s International Real Estate, the fashion-savvy should be looking at “The Golden Triangle” around Avenue Montaigne and Champs-Elysées. Lundgreen is currently marketing the former apartment of designer Stefano Pilati, of Yves Saint Laurent fame. This dream home is located in the heart of Rue du Faubourg Saint-Honoré in front of the five-star Le Bristol Paris hotel. “What makes Paris so special? It has everything… fashion, gastronomy, culture, art, a wealth of history,” says Lundgreen. “To live in Paris right now is to be lucky. There are so many new and exciting things happening. Hôtel Plaza Athénée has just reopened with the Dior spa, and Hôtel Costes is where all the fashion crowd want to stay during Fashion Week.”

Paris Fashion Week (March and September/October)
Karl Lagerfeld’s 2014 Chanel “supermarket,” Louis Vuitton’s 2013 escalators… you can count on Paris’s designers to make a drama out of a fashion show. Look out for Chanel, Vuitton, Dior, Balenciaga, and Stella McCartney. Expect to hear fashion editors wail, “I’d give my right arm for a seat at Chanel” as you sip your café au lait. 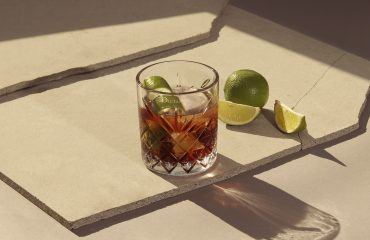 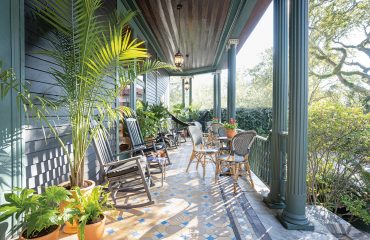 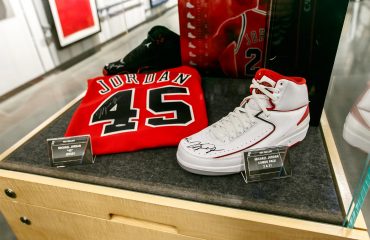