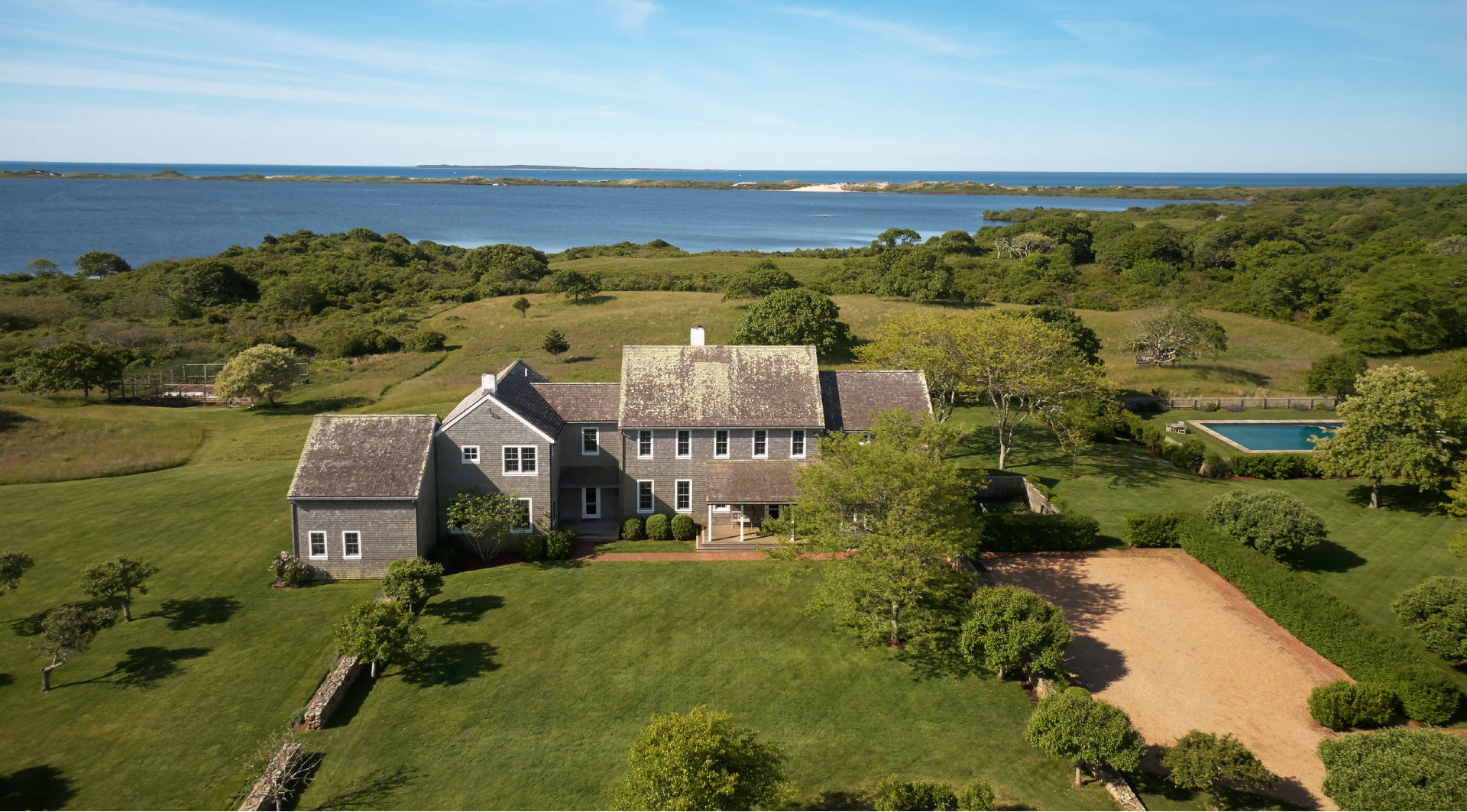 A serene and private 340-acre sanctuary with more than a mile of Atlantic Ocean beachfront, Red Gate Farm was a grand escape from the glare of the spotlight

Seagulls wheel and call; plovers and pipers skitter and scurry along the tideline; the wind hisses in the seagrass and scuffs the dunes. Waves rise blue and curl into deep blue, then topple and boom into white. Just as it always has been, as it always will be.

This is Red Gate Farm, the estate of Jacqueline Kennedy Onassis. It is a tranquil, utterly private, 340-acre sanctuary with more than a mile of Atlantic Ocean beachfront at the edge of Squibnocket Pond on the undeveloped southwestern tip of Martha’s Vineyard. It is an ecological treasury of windswept dunes, freshwater ponds, heath, and wetlands. Its environmental value can never be replicated or its provenance rivaled.

Red Gate Farm was a refuge far from the world celebrity of “Jackie O.” The estate has been treasured and preserved for 40 years.

Caroline Kennedy has continued the legacy of Red Gate Farm, creating a sanctuary for native plants, trees, and wildlife as did her mother before her. She fondly spoke of her mother’s affection for the oceanfront estate and the memories made there: “It was a perfect expression of her romantic and adventurous spirit. She loved the old stone walls, the blue heron that lived in the pond behind the dunes, the clay cliffs, the Wampanoag legends. . .” She even built a fairy treehouse for her grandchildren.

Now that Ms. Kennedy’s own children have grown, she said, ‘It’s time for us to follow my mother’s example and create our own worlds. We hope that another family will treasure this place as much as we have.”

Mrs. Onassis expressed her love for the sea throughout her life. When she was just a girl of 10 she wrote, “When I go down by the sandy shore, I can think of nothing I want more, than to live by the booming blue sea, as the seagulls flutter round about me.”

Ms. Kennedy remembers: “My mother had grown up spending summers in East Hampton, New York, and Newport, Rhode Island, with her parents and grandparents. She loved exploring the Cape, sailing Nantucket Sound with my father, and being part of all the family activities and plans at Hyannis Port [home of the Kennedy Compound]. But when my brother and I were grown she wanted a place of her own, and she found Red Gate Farm.”

Mrs. Onassis purchased Red Gate Farm in 1979. The former sheep farm, near the famous Cliffs of Gay Head, had just one structure back then: a small hunting cabin. She invited her close friend Rachel “Bunny” Mellon to design the estate’s landscapes. The renowned horticulturist and landscape gardener redesigned the White House Rose Garden when Mrs. Onassis was First Lady of the United States.

My mother fell in love with Martha’s Vineyard. The dunes and ponds and rolling hills of Aquinnah gave her the chance to create a world where she could be close to nature, close to her family, her friends, and her books.”—Caroline Kennedy

Acclaimed architect Hugh Newell Jacobson designed the Cape Cod-style main residence and guest house, both completed in 1981. In 2000, Ms. Kennedy commissioned Deborah Berke, dean of the Yale School of Architecture, to renovate the main residence, retaining its understated, timeless elegance, and expanding it to 6,456 square feet.

The light-filled living spaces were created for entertaining, for convivial gatherings intimate or grand. All rooms except the dining room look out on the Atlantic Ocean. The main level is appointed with a formal sitting room with fireplace, drawing room, living room, family room, library, dining room, and a big chef’s kitchen equipped with professional-grade appliances. Two decks, perfect for quiet contemplation or alfresco entertaining, face the sand dunes and the sea.

Upstairs are four large en suite bedrooms. The master suite has a dressing room and luxurious bathroom with soaking tub and shower. A smaller bedroom on the lower level offers comfortable accommodations for guests or staff, or serves well as a private study. Further highlights include a den, two offices or art studios, two powder rooms, three fireplaces, a laundry room, and basement.

It’s time for us to follow my mother’s example and create our own worlds. We hope that another family will treasure this place as much as we have.”—Caroline Kennedy

Red Gate Farm’s landscape is rich and varied. In addition to more than a mile of private Atlantic Ocean beachfront, there are the coastal dunes and two freshwater ponds. Among the other delightful details are the vegetable garden and blueberry patch, the original hunting cabin and its wood-burning stove, and the fairy treehouse that Mrs. Onassis built for her grandchildren.

Adding to the allure is an outdoor pool and tennis court, as well as several ancillary structures: a boathouse, barn, three-bedroom caretaker’s house, two garages (one with a two-bedroom apartment), and a temperature-controlled storage building.

Red Gate Farm is a legacy estate in every sense. Its historical value is undeniable, but so too is its environmental value. Indeed, it was described as one of the most important tracts of land in the commonwealth by the Massachusetts Natural Heritage and Endangered Species Program.

But above all, through those red gates is a place where the natural world can be treasured and conserved; a place where young Jacqueline Bouvier’s dream abides and the blue sea still booms and the seagulls flutter. 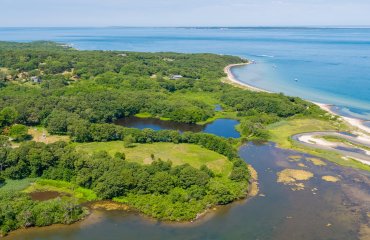 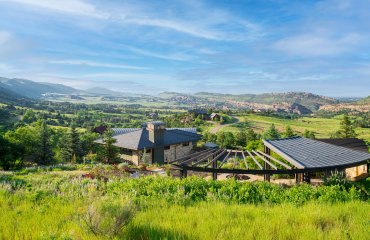 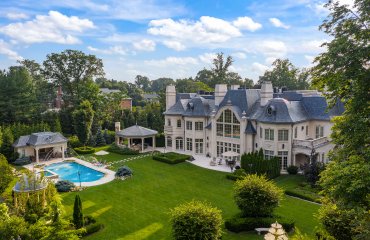