The ultra-exclusive trophy home is ever more conspicuous in the marketplace, and with it comes the proliferation of the $100 million-plus listing. Over the past decade, a record 32 properties have sold at the nine-figure mark across a dozen international property markets. This year, to date, there have been five estates listed for nine figures, including two priced at more than a quarter billion dollars. But even these ultimate luxury properties follow the fundamental market forces in play. Let’s take a look at the factors contributing to the rise of the nine-figure trophy home.

Listing price increases have also accompanied the increase in the number of $100 million-plus properties for sale. Although the nine-figure listing has been a marketing ploy by some property owners, listing prices have increased as historic properties and new developments come on the market.

Ironically, the proliferation of trophy listings and sales occurred during periods of global uncertainty and volatility. Like masterpiece works of art, these trophy properties can be viewed as an investment category and an asset class.

For instance, in Hong Kong, residential properties in luxury enclaves are “important investment target{s} for many overseas companies.” Although the nine-figure listing is a fairly new market development, some of these initial listings already demonstrate the potential these properties have as stores of value.

Even with its sky-high asking price, The Manor—unlike other top listings in the area such as The Playboy Mansion or The Beverly House—is a value-added offering.

By comparison, The Manor—newly renovated and listed at $200 million— would be a relative bargain even if sold at list price, with a square-foot price of $3,500.

Co-owner and co-listing agent Rick Hilton of Hilton & Hyland Real Estate observes that “The sky is the limit. Once we hit the $100 million mark, we broke the glass ceiling—and we’re seeing people comfortable with spending more than that. Two-hundred million dollars doesn’t just get you the largest and grandest private residence in Los Angeles’ prestigious Holmby Hills, it gets you an exclusive lifestyle.

“The Manor is a home unlike any other in the world. Sitting on 4.7 acres of land, the French-châ- teau style 56,500- square-foot masterpiece is larger than the White House. On a square-foot basis, Los Angeles offers far greater value for money than competing cities across the globe, putting The Manor in a category of luxury all on its own.”

When compared to the average square-foot price of $8,489 for the current $100 million listings around the world, all three properties demonstrate the value proposition of Los Angeles trophy homes.

Although there has been much skepticism about this narrow market, a survey of prospective trophy-home buyers clearly demonstrates its viability.

According to Forbes, there are 2,043 individuals whose net worth exceeds $1 billion, up 13 percent from last year’s count. Together, their net worth amounts to $7.67 trillion, a yearon-year increase of 18 percent. By comparison, the total value of the 33 trophy properties currently listed for sale is $6.44 billion, or less than one tenth of one percent of the 2,043 billionaires’ combined net worth.

The wealthiest individuals on this list could afford to purchase all 33 of these $100 million listings for themselves without coming close to exhausting their fortunes.

A new benchmark may also be looming. In the South of France, persistent rumors suggest one palatial estate comes with a €1 billion price tag. 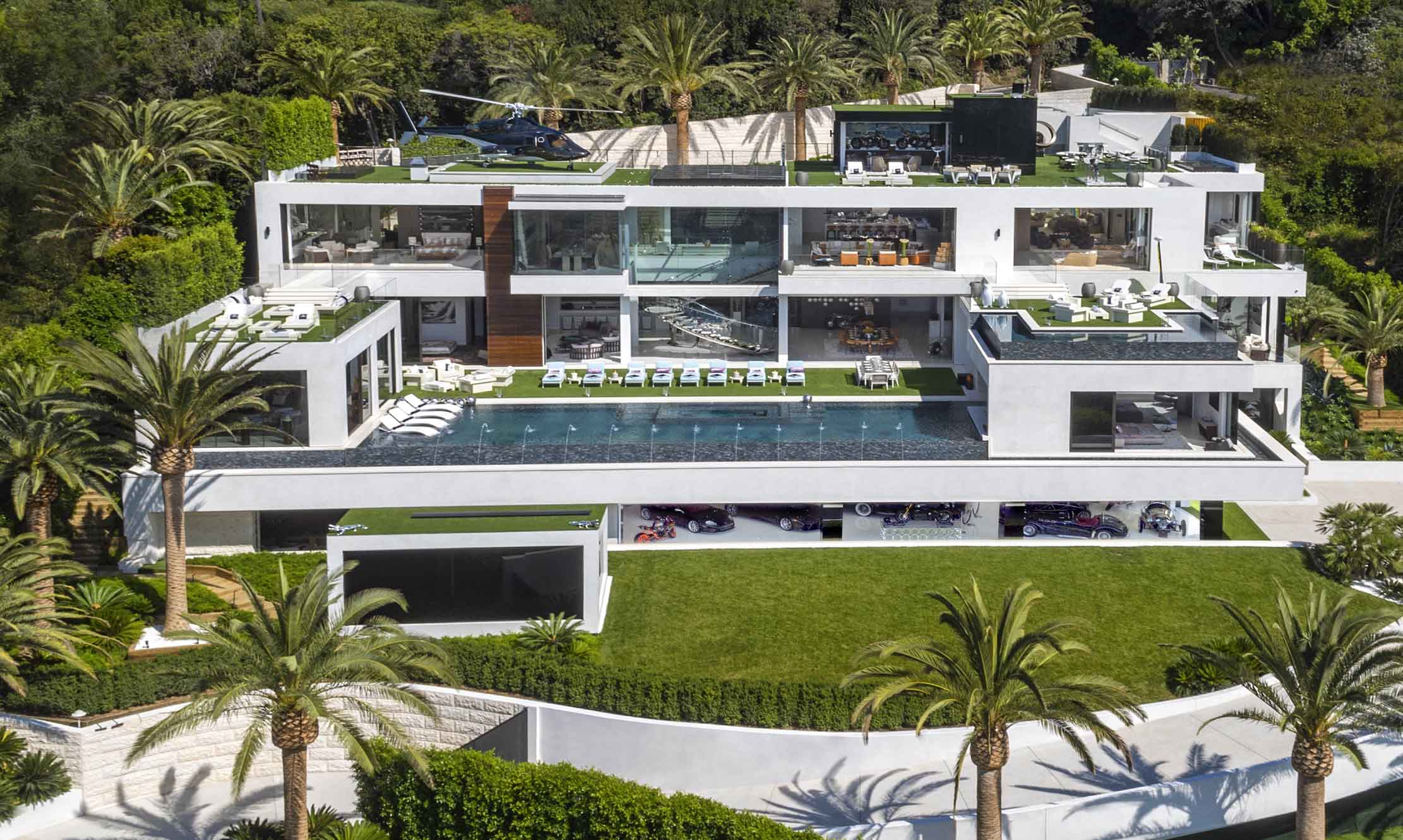 Looking back at the history of this still-young and developing $100 million segment, location stands out as the key factor in the growth of listings and sales. Over the past 10 years, 32 properties have sold at this price point in 13 different markets or regions. Only seven of those locations have more than one nine-figure sale. Hong Kong and London are the two strongest trophy-home markets, with eight and seven sales, respectively, with a combined value over $2 billion. The greater Paris area and the Hamptons are tied for third with three publicly reported sales each. In these markets, nine-figure sales are not market anomalies or artificial creations. Rather, trophy homes are normal outgrowths of increasing competition for top properties, combined with scarcity and exclusivity. 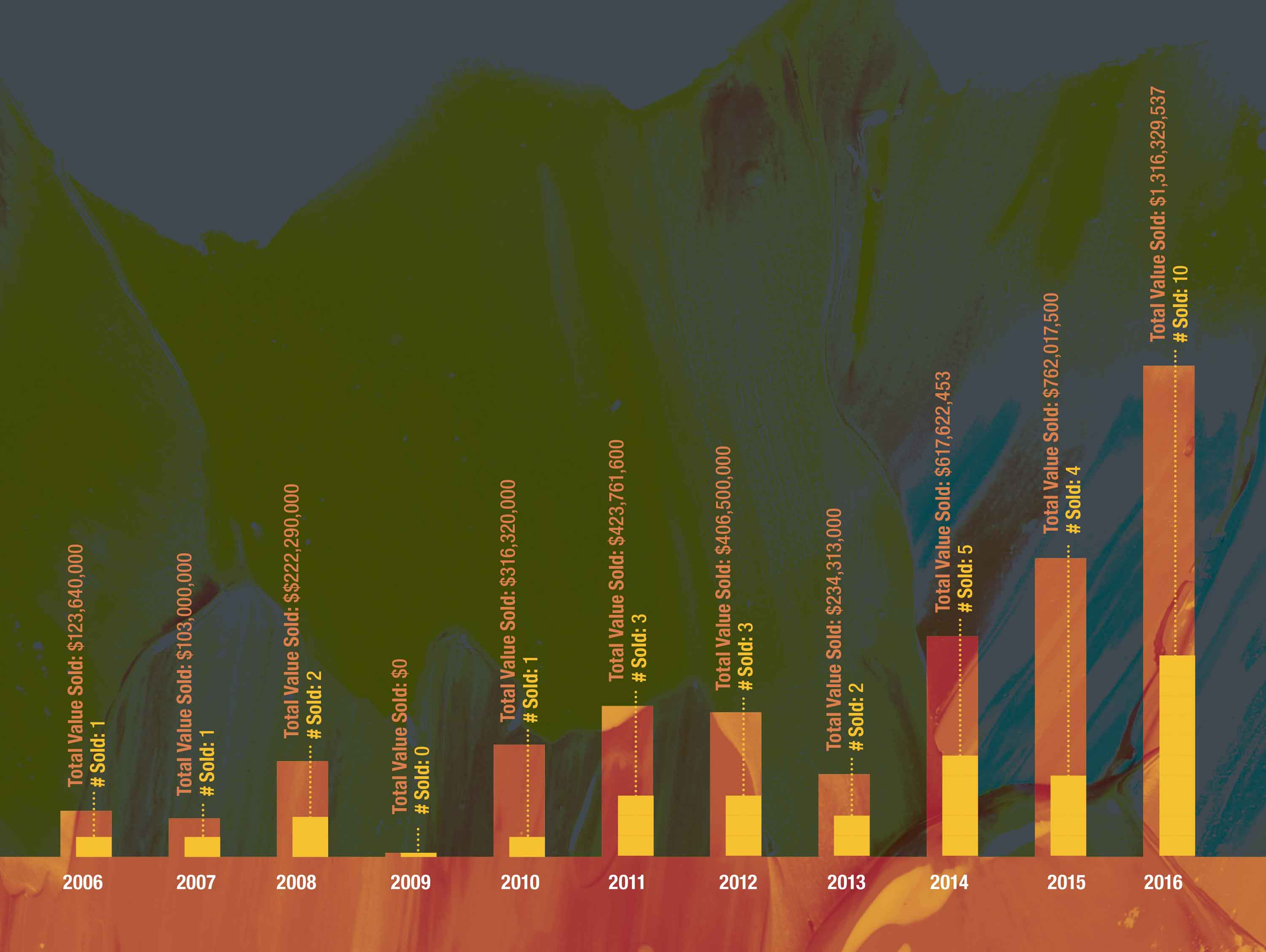