The oldest neighborhood in New York City, South Street Seaport is now one to watch, with a wealth of high-end restaurants, property, and luxury shopping to be found on its quaint cobblestone streets

South Street Seaport is quintessential New York. As the tagline for the South Street Seaport Museum puts it, it’s “Where New York Begins.” This historic Manhattan neighborhood was once a key shipping port, and dates back to 1625 when the Dutch West India Company established an outpost here, connecting the old and new worlds. Soon all kinds of wares, from exotic spices and dyes to porcelain and rice, were being imported and traded on its streets.

A Sense of History

The fortunes of South Street Seaport (also known as The Seaport) have waxed and waned over the centuries—Fulton Fish Market opened in 1822, which relocated to the Bronx in 2005, and the Great Fire of New York devastated Lower Manhattan in 1835. By the 1860s it was back in business once again and operating 24/7. Many ships from the era can still be seen in the South Street Seaport Museum.

In the 1970s, an urban renewal concept allowed modern development to occur alongside the preservation of historic buildings. You can still find low-rise streets here unchanged over the years, juxtaposed with the soaring glass and concrete towers that have sprung up around them. Schermerhorn Row, which dates from 1811, is on the National Register of Historic Places and offers a taste of what the area must have been like when it bustled with sailors and traders.

Related: How to Have an Eco-Friendly Vacation in New York City

Like much of the surrounding area, however, South Street Seaport suffered in the aftermath of the September 11 attacks and Hurricane Sandy. Thankfully, Lower Manhattan has proved both resilient and adaptable.

There’s been an influx of people coming to the Financial District and South Street Seaport to live rather than just to work. – Herbert Chou

“Many of the buildings in the nearby Financial District have been converted for residential use,” says broker Herbert Chou of Christie’s International Real Estate Group, who also lives in the area. “This has started a huge shift in the residential ratio in this bit of Manhattan… there’s been an influx of people coming to the Financial District and South Street Seaport to live rather than just to work.”

At the heart of South Street Seaport is the Tin Building, home of the original fish market at Pier 17 at South Street between Fulton and Beekman streets. Currently being repurposed, it will soon house a seafood market and food hall, spanning 50,000 square feet (4,645 sq m), and curated by chef Jean-Georges Vongerichten.

Meanwhile, Fulton Street is home to 10 Corso Como, the hip concept store whose Milan outpost has been wowing the fashion crowd for more than 25 years. Lovers of statement heels can also stock up on the latest designs from SJP, Sarah Jessica Parker’s shoe line, which opened its first New York flagship around the corner on South Street. And on Front Street, Roberto Cavalli has just launched a store selling its trademark energetic designs.

At the $425-million development Pier 17, visitors can find restaurants by Vongerichten and David Chang, of Momofuku fame, and a rooftop concert space that has hosted the likes of Diana Ross and Kings of Leon. “Visit in the evening and the whole area is really buzzy,” says Chou, who also likes to dine at the nearby “really cool” Fraunces Tavern, where George Washington bid farewell to his troops at the end of the American Revolution, and Delmonico’s—reputedly the first fine-dining restaurant in the country, which opened in 1837.

“When we were exploring for our first East Coast Mr C hotel, we knew Seaport was the ideal location,” says Ignazio Cipriani, one of the brothers behind the hotel group. “A number of factors made us confident in our choice, including the neighborhood’s charm—the cobblestone streets reminded us of a village in Europe; the proximity to the waterfront was very appealing to this Venetian family; and the mix of the area’s historic architecture and the exciting things planned for the Seaport District.”

Cipriani adds that the family has been pleasantly surprised by how well Mr C has been received. “The popularity of our location in the Seaport District has surpassed our expectations. Both the bar and Bellini [restaurant] are very lively, and are quickly becoming area favorites, as well as ideal stops for pre- and post-events at Pier 17. We’ve really enjoyed getting to know our neighbors and visitors, and are excited to continue to be part of revitalizing this neighborhood.”

Chou is equally enthusiastic about the area’s ongoing positive changes: “It’s amazing how the downtown area has transformed. Canal Street down has changed significantly, attracting a lot of affluent investors. It’s estimated that 30,000 people will work in the new World Trade Center once it is fully populated, and these people are investing in housing in the area,” he notes. “There’s also a big student population here because of the universities in the area. A lot of parents are investing in studios and smaller apartments for their kids.” 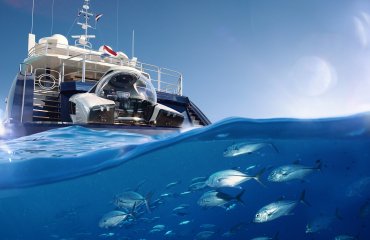 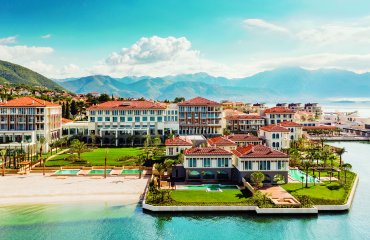 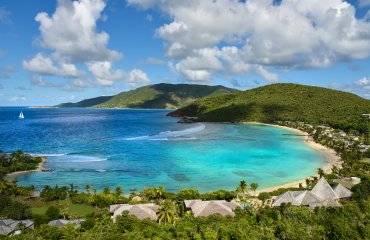 7 Homes inspired by the Pantone Color of the Year 2022: Veri Peri