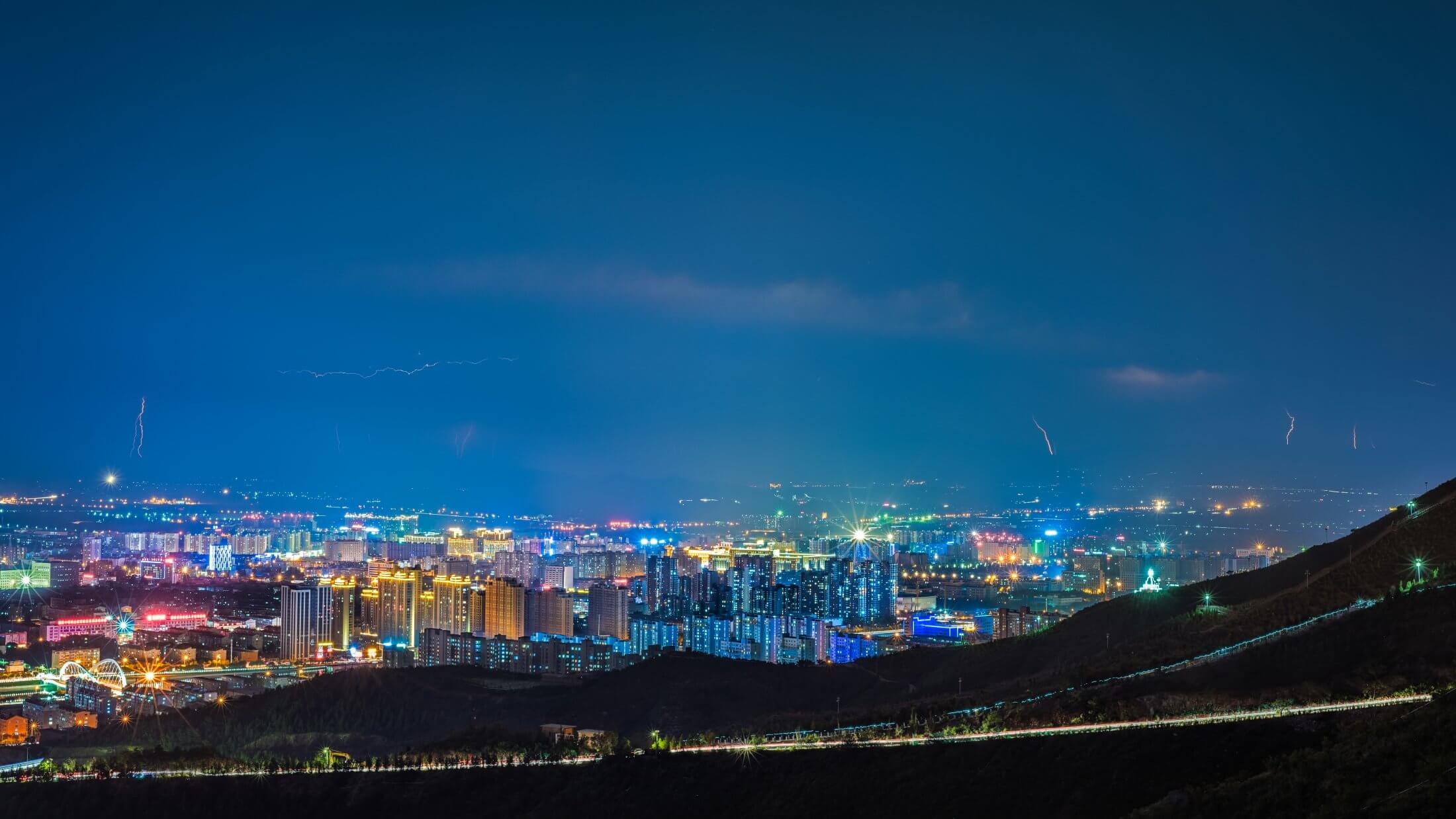 This year’s Winter Olympic Games will be remembered for the artistic genius of the athletes — there was also tragedy, scandal, and inspiring triumphs

There was certainly plenty of drama around these Games, moments that elicited a smile or a frown, compelling this year’s Olympic athletes to do the same. As the torch is set to be extinguished at Sunday’s closing ceremonies, here are five moments that stood out.

Men’s figure skating and the artistic genius of Nathan Chen

Nathan Chen of Salt Lake City was simply flawless. Skating with emotion and passion, not to mention athletic brilliance and precision, he claimed the gold from reigning Olympic champion, Japan’s Yuzuru Hanyu. Chen didn’t just claim the medal, he showed the world that he was by far the most dominant skater in this Olympics, and perhaps of all time.

Sometimes it helps to have a little chip on your shoulder. At the last Olympics in PyeongChang, South Korea, at age 18, Chen was favored for gold but fell far short of expectations, finishing fifth. In the intervening four years, he won several world and national skating championships, and attended Yale University. The only hardware missing from his trophy case was Olympic gold.

No longer. Skating judges, a famously persnickety bunch, lavished perfect scores of 10 on Chen for his stunning leaps, garnering extra points for unleashing them late in his programs when his legs were tired. He lived up to his title of “Quad King”, for completing just about every leap with four rotations while in the air. Truly art in motion. In these Olympics, this son of Chinese immigrants set a new gold standard.

Shakespeare would have been hard-pressed to imagine such a plot. While the ending was happy, the drama surely proved to be too much for Kamila Valieva, the Russian sprite, all of 15 years old, who captivated the world with her ethereal grace and looked sure to win gold.

She then tested positive for a banned substance, a heart medication. Valieva said it was a “mistake,” an unintended result of caring for her grandfather. The skating community was incredulous, noting that the medication was a banned substance because it increases stamina. Instead of being shipped home, Valieva was cleared to compete, judges citing her young age and the devastating effect such a ruling would have on her. Then this caveat: If Valieva finished in the medals, none would be awarded theirs until months later when the results of her drug test were final. This created a Machiavellian twist, supporting Valieva while robbing other medalists of their Olympic moment on the podium.

Further drama was avoided, because Valieva did not finish in the medals. Ultimately, a Russian stood atop the podium, but it was Anna Shcherbakova, a forgotten former world champion, who skated brilliantly.

Related: The Brilliant and Brash Quarterback Underdogs of Super Bowl LVI plus 5 Other Memorable Moments from the Vault

Mikaela Shiffrin lorded over the Mt. Olympus of skiing, being a two-time gold medalist and six-time World Champion. Coming into this Olympics, she could quite possibly become the most decorated women’s skier of all time.

Then the fates betrayed her. She fell on three of her five events and did not finish. In the other two she wound up in the basement of the standings, a situation she was completely unaccustomed to. Shiffrin was gracious in defeat, never blaming the artificial snow, her injured back which plagued her early in the season, or her 10-day isolation after testing positive for COVID, further compromising her training time leading up to the Games.

Her social media followers were not so gracious. Shiffrin shared social media posts about her and her performance which were downright cruel. Her response was Olympian, truly capturing the joy of athletics which we tend to forget with so much focus on medal counts: “Why do I keep coming back? Gosh knows it hurts more than it feels good lately. I come back because those first nine turns today (before she fell) were spectacular, really heaven. That’s where I’m meant to be and I’m stubborn…”

All indications are that she will be back and with a vengeance.

Snowboarding’s Flying Tomato, the next coming and two veteran athletes carve the way

Shaun White – aka the Flying Tomato, so named for his flowing red locks in his youth – has dominated the snowboarding scene for two decades. The three-time gold medalist had his eyes laser focused on Beijing to become only the second winter Olympian to win gold in four games. He was gallant and dug in but finished fourth. His deep love of the sport was on full display in his farewells. White is without question the greatest snowboarder of all time.

That said, the next generation is knocking on the door of greatness. Snowboarding sensation Eileen Gu, born and raised in California but competing for China, became the first action-sports athlete to earn three medals at the same Olympics – golds in the half pipe and big air and silver in slope style. She launches herself in the air with Flying Tomato-like daring, flipping, twisting and quite frankly, defying gravity.

In team snowboard cross, a new relay event in this Olympics, four snowboarders at a time race through an obstacle course with a series of jumps, berms, and sharp turns. Each team is comprised of a man and a woman. The men roar down the course first against other men; the women follow, their start times staggered depending on the finishing times of the men.

The veteran American pairing of Lindsey Jacobellis and Nick Baumgartner showed the advantage of their experience. Both Jacobellis and Baugartner, long-time friends, have competed well in past Olympics but never medaled until now. In the final, Baumgartner won the first leg, setting Jacobellis for a win but by a thin margin. She won her relay to give the U.S. the gold and became the oldest woman to win in the Winter Games. Her teammate, Baumgartner, wrote on Instagram that he wanted to inspire people to never give up on their dreams: “You’re never too old to fight for what you want!”

So many stories and so little time

Canada bested their long-time U.S. rivals to win the gold in women’s ice hockey. Norway continued its dominance of the heart-stopping biathlon (no exaggeration, competitors slow their hearts to aim and shoot their rifles to hit a target five times before skiing on.) Germany won gold, silver, and bronze in the two-man bobsled – the first time a single nation has swept all the medals in a bobsleigh event at the Winter Olympics. China’s Qi Guangpu won the men’s freestyle skiing aerials competition a quintuple-twisting triple-back somersault – with two twists in the first somersault, one in the second, and two in the third. How is that even humanly possible? The oddly riveting sport of curling, with more than its share of sweeping, was won by Great Britain.

So much more to look forward to when the next Winter Games commence in Cortina, Italy.

Speaking of the next winter games in Cortina, here is a beautiful four-floor villa of new construction. Surrounded by apple trees and in the heart of Merano’s most sought-after communities, the interiors can still be reimagined by its next owner. Currently it is configured to provide a courtyard and private entrance to the main living spaces to include an open plan living, dining and chef’s kitchen. The second floor offers three bedrooms with balconies, while  the top floor is reserved for the primary suite with yet another balcony. In the basement is parking for three cars with an additional two spaces outside.

South Tyrol is value proposition with square footage prices currently half of what you would find in other international ski resorts such as Aspen or Courchevel. The region is known for pristine lakes mirroring soaring mountains in full relief, those being the razor-edged Dolomites. The wines produced here are world-renowned and reap the benefits of 300 days of sunshine and cool nights. The region boasts more Michelin-starred restaurants than anywhere else in the country and wellness retreats take full advantage of the crisp mountain air.

Montreal has never hosted a Winter Olympics but goes down in history for the summer games where Bruce Jenner (now Caitlyn Jenner) stunned the world with an impossible decathlon performance in 1976, achieving not only gold but an Olympic record score. Montreal is a winter wonderland, with elite skiing nearby and a multitude of skating trails, some through the trees and magically lighted with music playing. These venues also offer other winter activities including snowshoeing, cross-country ski trails, fat-biking, walking trails, skating rinks, sledding hills and even ice-climbing walls.

In the heart of Montreal is this exquisite penthouse with a third floor, accessible by elevator or art deco staircase, and ideal for memorable entertaining with its living room, small kitchen and terrace overlooking the river. On the main level is a formal living area with gas fireplace and dining room with soaring walls of windows, further capturing the water  and city views. 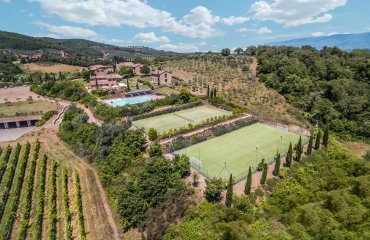 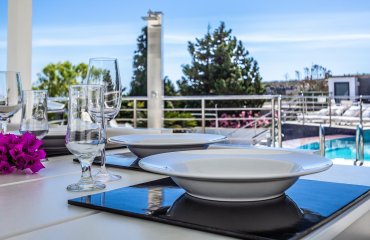 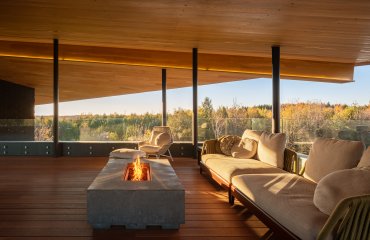