The Art of the Modern Luxury Bathroom

No longer a merely functional space, today’s bathroom is part spa, part sanctuary, and part recharge station—and more lavishly designed than ever before

On the upper floors of 551 West 21st Street, the 19-story condominium designed by Sir Norman Foster in New York’s Chelsea Arts District, taking a bath will come with a breathtaking view of the Hudson River. Cruising pleasure craft will be spied through a large picture window (the view won’t be mutual), its frame a warm golden shade that subtly enhances the light that pours in, highlighting the sleek tub that takes center stage.

In the high-end residential skyscrapers that are now altering the New York City skyline, the ability to gaze down upon Manhattan while bathing and showering is very much a must-have. “It is critical for a development of this type to have an exquisite view,” says Scott Resnick of SR Capital, the developer of 551 West 21st Street.

The picture window is the latest evolution in the bath’s transformation, from being just a functional space into one that is central to a home, in terms of style and wellbeing. “Two decades ago, the bath was an afterthought, tucked into a part of the house that could not be put to better use, and had no distinction,” says Barbara Sallick, co-founder of luxury bathroom brand Waterworks. “At that time, it was the plumber who ‘designed’ the space, and helped to make choices out of a well-thumbed catalog. Often, the space was shared, small, and the objective was to get in and out quickly.”

Today, the story is very different. While the rest of the home has become open-plan to suit modern, sociable lifestyles, the bathroom has become an even more private space, offering escape from the hubbub of life. “It is now more focused around personal wellness,” says Sven Ullrich, global head of marketing at German brand Dornbracht, a major player in bathroom technology. “Everything about our lives has become so busy; we are looking for a place to do something good for ourselves.”

While the rest of the home has become open-plan, the bathroom has become an even more private space that allows for escape from the hubbub

It is the master en suite bath that has changed most dramatically—now, a luxurious space to be shared with, at most, one other person. “The best baths are an experience, similar to one that might be enjoyed at a sybaritic resort,” says Sallick, who has written a book on the subject, The Perfect Bath. “It is a private sanctuary, where you can sink into a soothing bubble bath, or enjoy an invigorating shower, and emerge completely refreshed.”

In Berkshire, England, architect Gregory Phillips has created a bathroom that’s beautifully tranquil, thanks to its verdant countryside views, and merges with the bedroom to create a personal suite. “You can have a bath and at the same time chat to someone in the bedroom, or put up the sliding screen for complete privacy,” says Phillips.

At the other end of the spectrum, the desire for privacy has seen the rise of the his-and-hers en suite. “They’re designed to follow the sequence of morning activity,” explains Douglas Burdge of Malibu-based Burdge & Associates Architects. “Each half of the couple can get out of their side of the bed, walk into their own bathroom, then into their wardrobe area. We might put a study on one side, for the stockbroker who needs to start work early.”

With or without a view, the freestanding tub has become emblematic of the luxury bathroom. “For a long time the bathtub was up against a wall and boxed in, but having the bath freestanding makes it the sculptural element in the room,” says New York-based interior designer Brad Ford. “And the tub’s organic form softens the room’s hard edges.”

Outdoor showers are sought-after for that vacation-at-home feeling, but with a few adjustments for more temperate climes

The shower, though, is challenging the reign of the tub. The modern shower is either a fully tiled open area—the wet room—or an expansive space enclosed with glass that creates a cleansing steam chamber. Outdoor showers are also sought-after for that vacation-at-home feeling, but with a few adjustments for more temperate climes. “The tiles can be preheated,” says Burdge. “There is often a slatted screen, so the view can be seen, but which offers privacy and guards against a chilly breeze. There is also usually a roof—a popular feature is having the shower set in the ceiling to fully bathe the person in water.”

The drenching shower has long been popular. “But while shower heads were once quite large, today you can achieve the same effect using a smaller fitting, which means less water is used,” explains Phillips. “People want more [features] now as well—a shower that gives them multiple water experiences such as a head that blasts water and then another that feels more gentle, like rain.”

Dornbracht has taken this one step further and devised a horizontal shower that uses the principles of Kneippism, a philosophy promoting the health-enhancing power of water. “A horizontal shower provides total relaxation of the kind that is only possible when reclining—tension in muscles melts away, everyday stress is washed off,” says Ullrich. “By combining it with Kneippism, we can apply water to different parts of the body, at different temperatures, which has a proven impact on how you feel. You can use your shower to give you energy or to calm you down.”

The walk-in shower, steam room, and whirlpool tub are staples of the home spa, although Burdge says clients are now asking for stand-alone areas, with a hot tub, sauna, and a massage room, too. So, with the spa moving out of the en suite, other activities have moved in—notably exercise machines for a private gym session. Most significantly is the introduction of furniture and accessories more often associated with the living room, such as a chair for lounging and even a statement pendant. Big-name product designers such as Philippe Starck and Patricia Urquiola have been particularly strong in pushing this narrative.

“Antonio Citterio introduced seating areas around the bath—so that one person can be in the tub, while the other is reading,” says Sarah Evans, head of trade marketing at Hansgrohe, the parent company of premium bath brand Axor.

With Vitae, we wanted to give functional items an aesthetic so there was a sense of pleasure in using them

Designers have also played with the aesthetics of the sanitaryware itself. Vitae, the first bathroom collection created by the late Zaha Hadid (and one of the last projects to be completed before the architect’s sudden death), was launched in 2016. Inspired by seashells, the collection features her trademark curves. “We wanted to give functional items an aesthetic so there was a sense of pleasure in using them,” says Christos Passas, associate director at Zaha Hadid Architects. “The curves fit with the body as there are no hard edges.”

At the other end of the scale, polished brass and black marble products by Maison Valentina lend a flamboyant, decadent feel. Color, too, is making a return, with baths and basins in shades ranging from ruby reds through to dusky blues. Wall & Decò’s revolutionary Wet System™ waterproof wallpaper brings the power of color and strong visuals to the bathroom for a look that is anything but cold.

Also resulting in a less functional-style bath are radiators with infrared technology. “You can create a decorative mirror that heats the entire bathroom or, shaped as a matte white rectangle, hide the radiator by mounting it on the ceiling,” says Simon Sharp of infrared specialist Funkyheat. Infrared is just one technology making waves in the bathroom. “Demister mirrors, subtle LED lighting, under-floor heating, and electric blinds are all the norm,” says Phillips. German brand Kohler has created the Moxie wireless speaker, which uses Bluetooth technology to deliver music or news, slotting into a matching shower head. And television has become more sophisticated too; Pilkington‘s MirroView™ is a waterproof mirror that conceals digital and TV screens

Programming has also entered the bathroom with technology such as Dornbracht’s Smart Water, enabling users to set the temperature and depth of their bath water, with just a click of an app. “Japanese-style toilets that have a built-in washing facility are growing in popularity, too,” says Phillips. One such toilet is the ViClean-L by Villeroy & Boch, which has controls that allow you to customize everything from the flow of water to the temperature of the seat.

Dornbracht’s Smart Water enables users to set the temperature and depth of their bath water, with just a click of an app

While luxury is often associated with large bathrooms, there is a growing focus on creating small bathrooms that feel equally escapist. “In a smaller space, it’s the materials and fixtures that give you a chance to ramp up the sophistication,” says Ford. Large-format stone and marble slabs with few joins are the designer choice, along with handmade elements that showcase craftsmanship.

“Then there’s brassware, which is the ‘jewelry’ for the bathroom,” says Benjamin Peake of The Watermark Collection. “Finishes can completely change the character of a product, from polished brass and copper, which work beautifully with marble for a super-luxe look, to pewter, for an industrial vibe, and clean and modern nickel.”

Having created the state-of-the-art luxury bath for today, architects and designers are now receiving requests to go one step further, and look to the future. “We are being asked to ensure that a bathroom is accessible for the next 20 or so years,” says Ullrich. “Basins that are high enough to accommodate a wheelchair, handles that can be easily used… ” All of which means the feel-good bathroom is definitely here to stay. 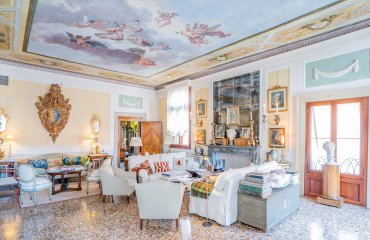 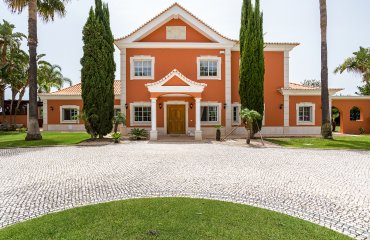