His hamburgers practically ooze off the canvas. The fried eggs appear the size of continents. And iced donuts could double-up as life rafts. The phrase the acclaimed Dutch painter Tjalf Sparnaay has coined to describe his work is “megarealism”—hyperrealism writ large. And his favorite subject is food, specifically the trashy, greasy things many of us eat but very few of us will admit to.

“I like to paint things that are not usually painted,” he says. “I want the viewer to re-experience the essence of these ordinary things, and to better appreciate what I think of as the beauty of the everyday.”

Since the days of Ancient Egypt, when lavish images of food were drawn on tombs to nourish those on their way to the afterlife, artists have found inspiration in what we eat and drink. Over the centuries, depictions of all things edible have served as symbolism, signs of wealth and status, and, of course, simple temptation.

Sparnaay, whose works are currently on exhibit at Museum Nairac in the Netherlands, focuses on contemporary subjects, and his works are created in a modern style. But his process harks back to the techniques and masters of the past, most significantly the Dutch still-life tradition of the 17th century: the opulent, food-laden tables of Vermeer, or Rembrandt’s luminous red apples.

And although photographs are an unavoidable starting point when working with food, Sparnaay says, “My paintings begin where the photograph ends. I want to add a new dimension, to make new choices. I use oil paint and brushes in a very traditional way. The brilliance of glazing layers of oil gives the image more depth and timelessness than a print or photograph ever could.”

The enormous scale of the Dutchman’s pieces highlights every detail, confronting the viewer with the reality of the subject and inviting them to re-evaluate their view of it.

“I want the work to act as an assault on the senses,” he says. “The paintings should hit the retina like lightning in a clear blue sky.” As for the symbolism that’s so prevalent in the food paintings of his heroes, the passage of time is represented through a fruit bowl.

“It’s there. In fact, many of my paintings could be seen as a modern vanitas, the food pictured just before it starts to decay. I like to show beauty but, of course, there is no beauty without a beast…” 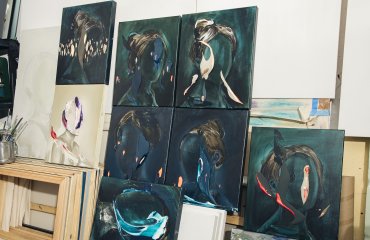 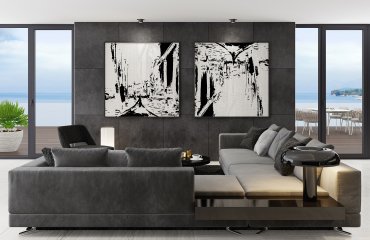 Let it Shine—Expert Tips for Lighting Art in Your Home 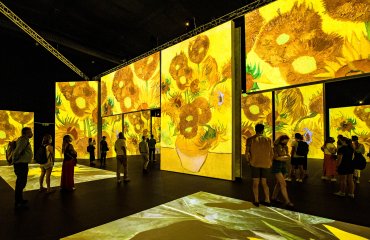