The Page-Turning Power of Rare Books

As they become more desirable for collectors, these historic items connect people and places in time through their enduring narratives and illustrations

Within the pages of rare books and manuscripts lies a wealth of historical and cultural value—these documents and publications represent journeys of human experience, imagination, and scientific discovery. In the context of the digital age increasing competition in the rare-books market, and prices soaring for the world’s most coveted titles, Luxury Defined spoke to Sven Becker, newly appointed Head of Books and Manuscripts at Christie’s. Becker has more than 20 years’ experience working within this specialist field, developing expertise in niche areas of collecting, particularly photobooks and Russian editions.

“In my line of work, you have to be possessed by what you do,” Becker says. “The thing that interests me most is provenance. Who owned this book? These objects that were created hundreds of years ago and have floated along on this river of time act as a connection between people and places in history.”

Finding a unique title
So what makes a book—or other document, such as a letter or photograph—a desirable and valuable investment for a collector? “The text itself, first of all, has to have some significance,” he says. “Things with a real impact on the way humans see themselves in the world tend to be the most desirable.”

Charles Darwin’s On the Origin of Species or Isaac Newton’s Philosophiæ Naturalis Principia Mathematica, which set an auction record for a printed scientific book when it sold for $3.7 million at Christie’s New York in 2016, are two examples of this.

Then there are works that generate a personal or emotional response, such as a favorite book from someone’s childhood, or those previously owned by a well-known person. “We sold the property of Ronald and Nancy Reagan, and some of their books fetched over 200 times the usual value because of who owned them,” Becker notes.

Finally, collectors are ultimately seeking something that makes a book unique. There are usually hundreds or thousands of editions printed, all very similar. Finding an edition that stands out is just what rare-book experts crave.

A new age for aficionados
The rise of the internet has changed things for collectors; some of the earliest online sales at Christie’s were medieval books and manuscripts, Becker says.

“These very niche books were among the first collectibles suited to online selling, because they come in editions and have similar models, and so are easy to identify on screen. The internet has created a new age of connoisseurship, allowing anyone to undertake research from anywhere in the world.”

According to Becker, the current market isn’t subject driven; instead, collectors favor the best example—whether it’s due to provenance or condition. However, for an auctioneer, it’s not just about knowing what’s valuable, it’s about presenting what the marketplace wants.

“We’ve seen some subtle trends recently, with certain collectors aggressively buying up hand-colored editions of illustrated works from the 16th and 17th centuries.” These finely colored black-and-white prints are extremely rare, Becker says, but also have huge visual impact: “They really grab you by the eyeballs.”

Self-published works, particularly photobooks, is another area to watch out for. “Many photographers are bypassing the traditional route, making their own books the way they want to, with their own money. They’re usually small print runs, distributed online, and so go quickly.”

The rush of discovery
For specialists, uncovering new mysteries is something of a thrill. For example, Christie’s unearthed a telegram sent by Vladimir Lenin on the eve of his return to Russia.

“Soon after this he would take control of the Russian government—something that had a huge impact on the world, from communist China to McCarthyism in America. Reading firsthand the correspondence of someone who literally rewrote history gives you goosebumps. Telegrams and letters transport you to a place in time like nothing else.”

Discovering the provenance of a book can also be exciting. Becker explains: “Andreas Vesalius’s De Humani Corporis Fabrica is a hugely influential and important work in the field of medicine and surgery. I found a copy that had some very unusual marks on it, and it turned out to have belonged to Sir Hans Sloane. He was arguably the most famous collector of his time, so the edition is very important. It was a real rush to discover it belonged to him.”

How to build your own rare-book collection
Buy what you love: “Number one is to only buy what you love. In my experience at Christie’s, the things that have sold well have been those that people have a passion for. So even if the market has gone against you, you still have objects that you love. Collecting just for the money is valid, but if it’s a subject you enjoy, you’ll have a real passion to find exciting editions and hold on to things. People who collect books are very interesting—often intellectuals who are engaged in an individual pursuit. It’s definitely a private passion for them, and the intimate and tactile relationship with books makes it at times quite profound.”

If it’s a subject you enjoy, you’ll have a real passion to find exciting editions and hold on to things

Consider provenance, importance, and condition: Related to context is a book or document’s provenance and importance, Becker says. Christie’s recently sold the “Secret of Life” letter, written by Francis Crick in 1953 to his son upon the discovery of DNA, for $6.1 million. “The condition is, of course, important, too. You can’t go wrong if you have a complete book, with original binding and in great condition.”

Remember, a first edition will be most in demand: “A first edition is what most collectors want—it’s the first form in which the book was printed. Some are common, some insignificant, and some books are by authors we’ve never heard of. Like anything, it’s about supply and demand. The more sought after, the more demand.” Becker offers JK Rowling’s Harry Potter and the Philosopher’s Stone as a recent example. “There were only 500 printed in its first run—one of those, in top condition, sold for around $55,000.”

Build relationships: “This world really is about people and the collectors, and their passions,” Becker says. “It’s about meeting with collectors, curators, and dealers, and discovering what’s happening in the marketplace. Ask questions, follow the different sales and auctions happening (which can be done online), and try to get to know a reputable dealer—you might pay a premium sometimes, but it’s nice to have a pair of expert eyes. The more people collecting and searching can only bring more discoveries and pleasurable experiences.” 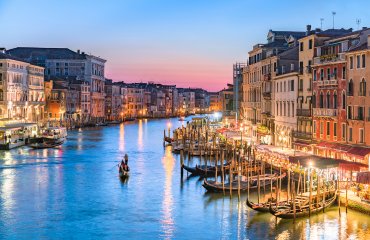 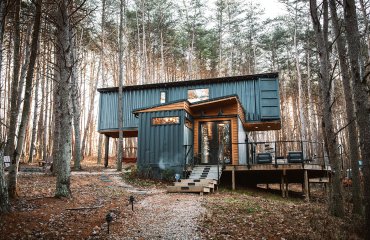 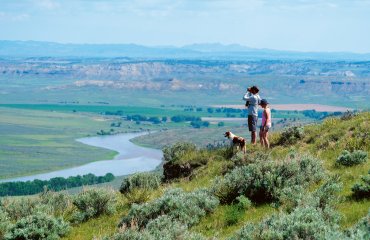 The Trend for Rewilding: Why Nature Knows Best for Our Land