Residential real estate ownership, particularly in the luxury sector, is increasingly treated as a topical political issue in many markets across the globe. Property purchases by ultra-high-net-worth residents and affluent foreigners are creating—or perhaps more accurately are perceived by governments and media to be creating—major waves in local urban housing markets. Governments across the globe have seized on this trend, implementing new restrictions and taxes as part of efforts to curb house price speculation, raise much needed funds, and address housing shortage and affordability issues. Additionally, others have proposed legislation that penalizes affluent and foreign buyers in an effort to appease populist concerns. 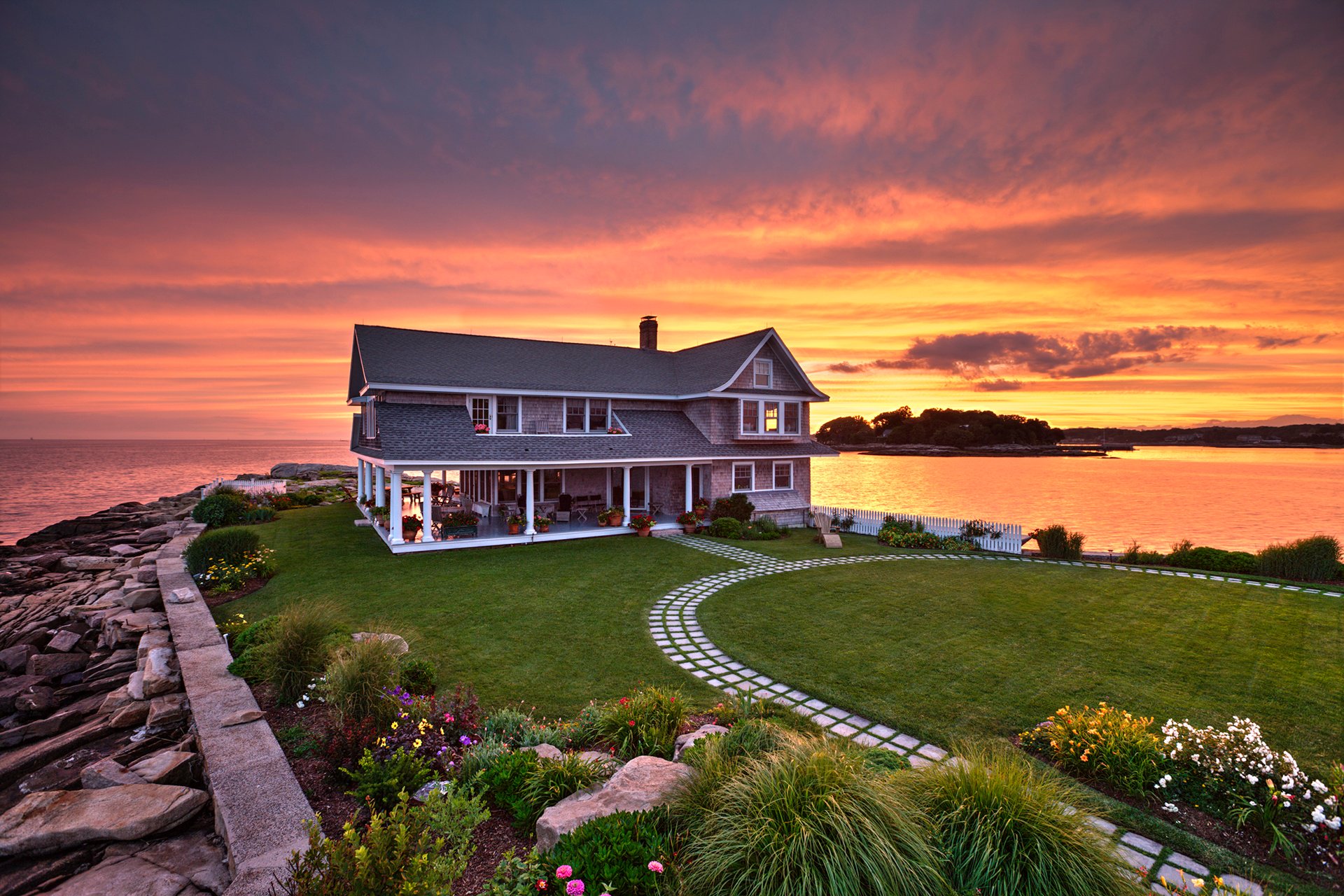 Since the first wave of government intervention began in 2010-2011, more than 15 local and national governments have introduced measures impacting both affluent domestic and overseas buyers, whether for a primary residence, second home, or investment. These efforts have had mixed results—Singapore’s transactions slowed and house prices fell from 2014-2016, beginning to stabilize in 2017. By comparison, Hong Kong’s transactions dropped from 2013-2015, but prices continued to skyrocket, especially in the ultra-prime sector, and show no sign of a downward trend.

We have seen increased interest from buyers
in the Middle East, Asia, and from British expats who are able to buy in US dollars or Euros, and can seize upon the currency advantage, says Lulu Egerton of Strutt & Parker in the UK

As stories of wealthy international buyers led the headlines in recent years, more governments introduced measures in 2017—most notably in Ontario, Canada, and across Australia. Although transactions slowed in both Toronto and Sydney in 2018 as a result of these changes, the long-term effects remain unclear as both markets remain relatively stable.

More measures government are also being discussed in New Zealand among other areas. One thing remains certain: increased government scrutiny and intervention is here to stay across prime property markets worldwide.

What our Local Area Experts Are Saying:

In Vancouver: “Vancouver’s luxury market has slowed since the introduction of various cooling market measures in late 2016 and again in early 2018, as buyers figure out the upshot of all these new taxes. That said, two months after this year’s measures were announced, pricing in our detached housing market has adjusted 8-10 percent, and activity has since increased with offers being made across the board at varying price points. This would indicate that the 10 percent adjustment is enough to incite buyers back into the marketplace.”
Faith Wilson, Faith Wilson Group, Vancouver, Canada 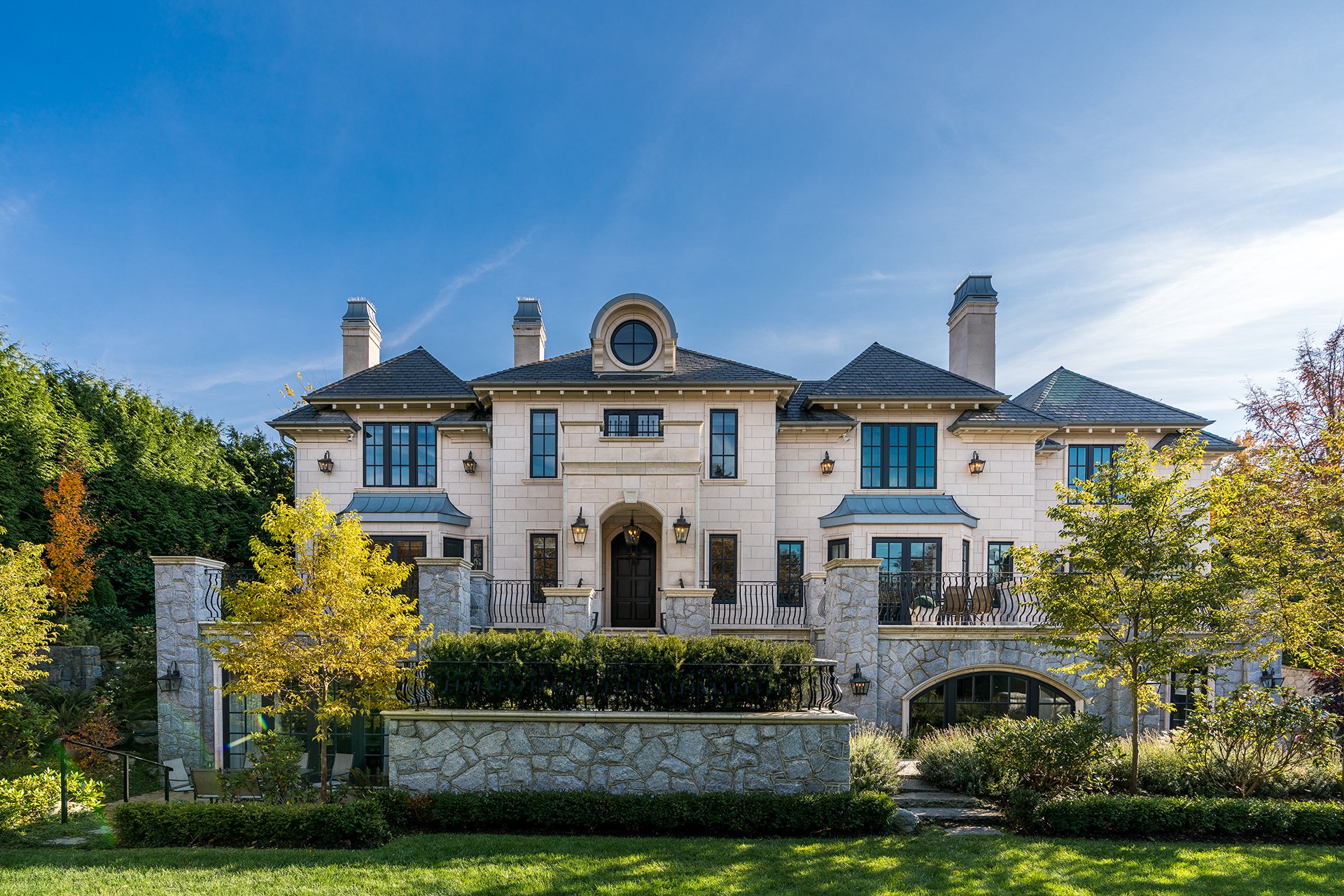 In the UK: “The uncertainty around the UK’s long term prosperity after Brexit and the increased stamp duty land tax resulted in London house prices falling by an average of 15 percent. It was very difficult for agents to set asking prices and for Vendors to accept the falling market. Added to which, purchasers have been reluctant to commit to property, preferring to wait and see for the general economic picture to become clearer. There is good news as we start 2018. First, luxury properties in the UK are now attractively priced to absorb the stamp duty rise. Second, any vendor on the market right now is a motivated seller.
Lulu Egerton, Strutt & Parker, London, UK 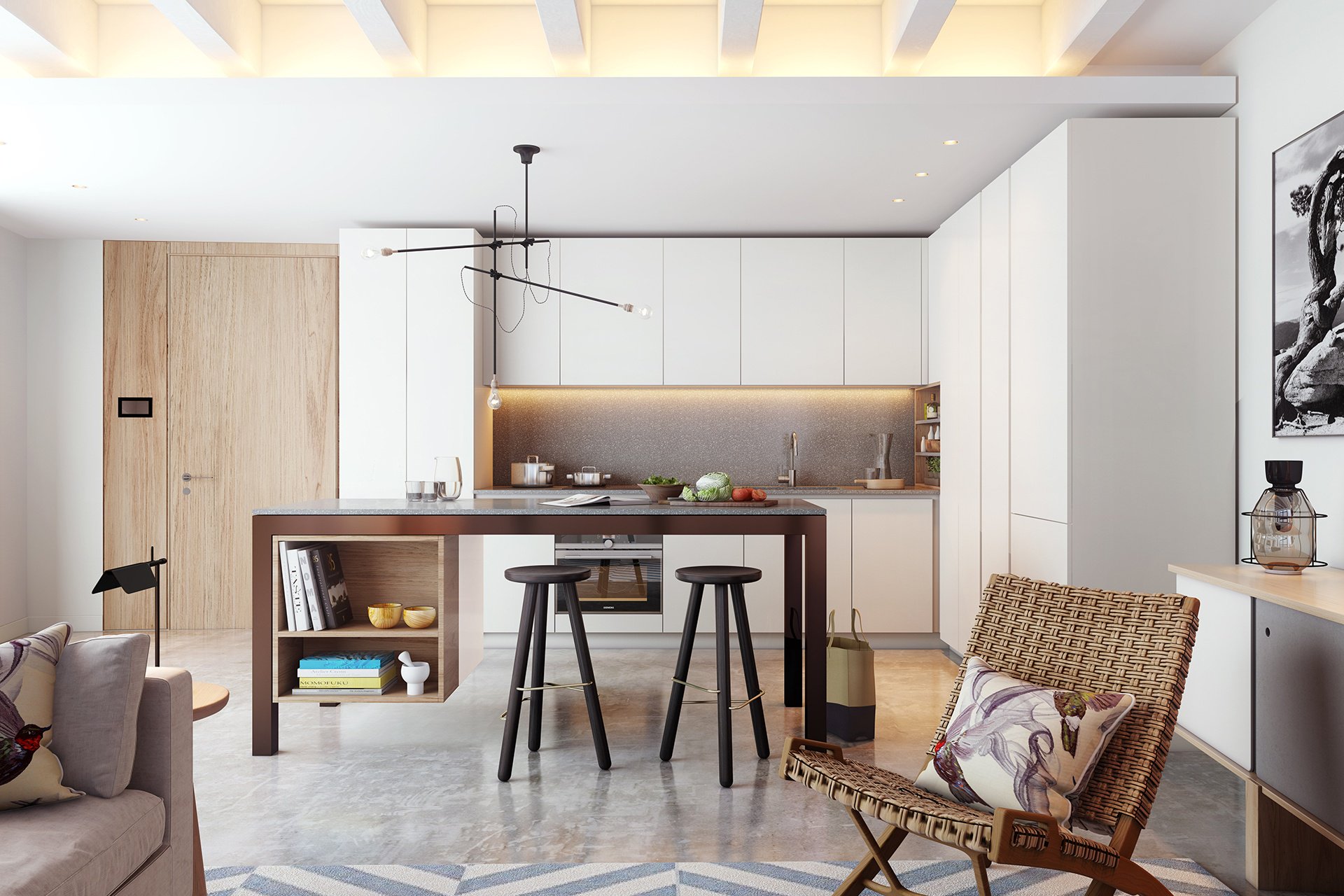 In Sydney: “We have seen a change in the number of buyers purchasing from China due to their government tightening on funds being transferred out of the country, as well as the restrictions imposed by the Australian Foreign Investment Review Board. Australia’s most expensive home sold in 2017 was a Sydney estate that went to a local Australian buyer for A$71 million (US$53.6 million). Had it sold to a foreign buyer, he or she would have had to pay more than A$10 million (US$7.52 million) in stamp duty as a result of the increased levies, plus an additional A$1.9 million in land taxes.”
Ken Jacobs, Sydney, Australia 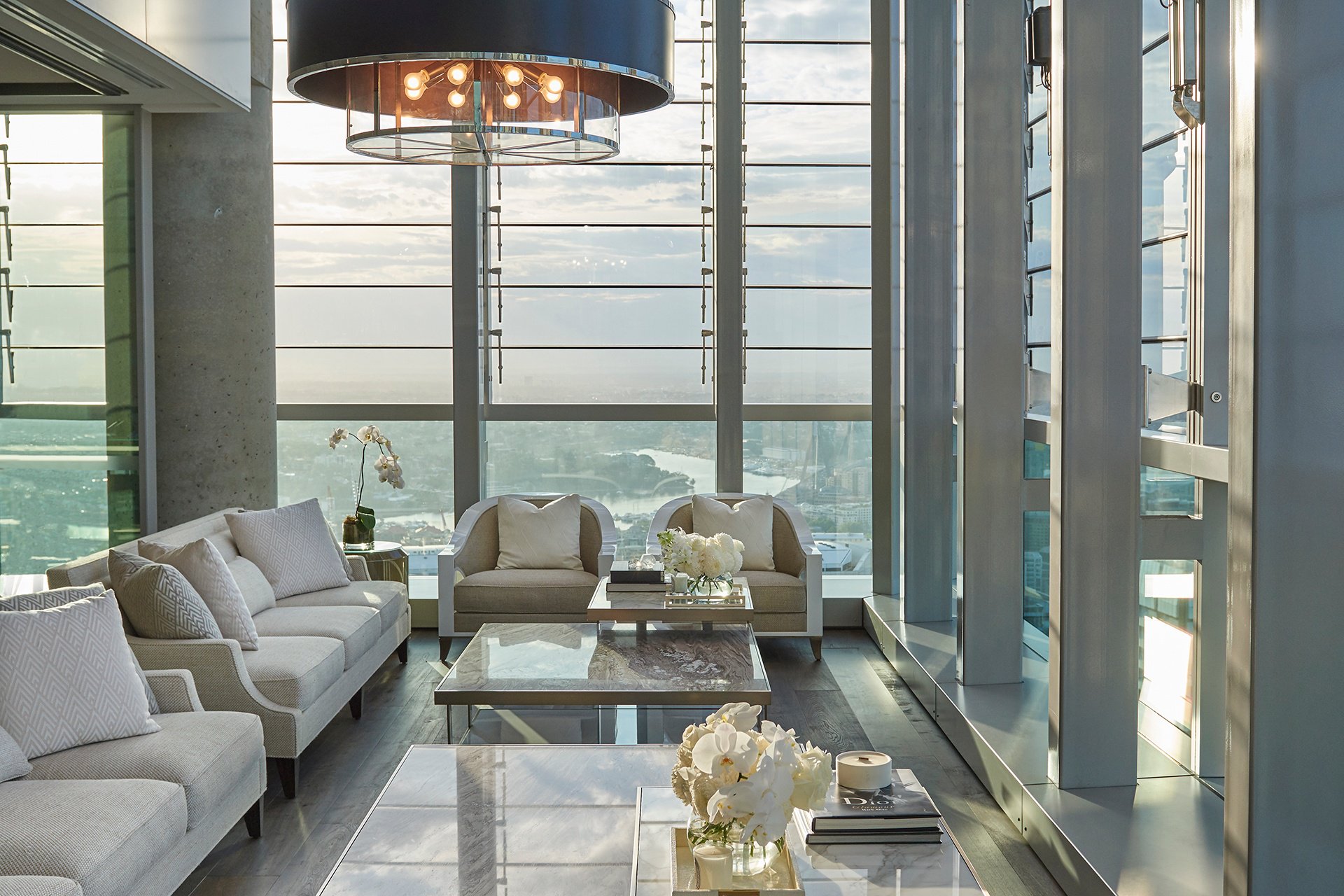 “In Toronto, 2017 began in the most frenzied fashion possible. In January, February, March and April, sale prices were increasing in an unsustainable fashion, topping out at 33 percent on a year-on-year basis in March. On April 20th, everything changed. The government announced the Ontario Fair Housing Plan. Amongst other measures, it imposed a 15 percent tax on residential purchases by foreign buyers. Technically this measure should have had an insignificant effect on the market—after all only 4 percent of all homes were purchased by foreigners. But the implementation of the tax acted as a psychological wake up call, causing buyers to stop, look at the amounts they were paying for properties, and wait to see what the impact of the tax would be on sales and sale prices. By May, sales of residential properties had declined by more than 20 percent.”
Chris Kapches, Chestnut Park Real Estate, Toronto, Canada

The New US Tax Legislation and its Impact on Prime Property

New tax laws introduced by the Trump administration in late 2017 are set to have ramifications for prime property markets in the United States—and in some cases beyond. The new legislation limits deductions for property taxes as well as interest on mortgages. “This inability to deduct mortgage interest, despite it being technically deductible, could make home ownership slightly less appealing, and that will reduce the demand for home ownership, thus lowering house prices,” says economist Dr. Elliot Eisenberg.

The tax changes are already shifting market sentiment in areas like Connecticut. “Real estate taxes have become topical where in the past they were an afterthought,” says Karen Stephens of Page Taft Real Living. “The number is handicapping the luxury market and the $10,000 capped write-off will not help the situation.”

In Washington, DC, although tax reform “did not have a sizable impact on the 2017 market, it could affect the luxury housing market in 2018,” says Jeffrey S. Detwiler of Long & Foster Real Estate. “With the mortgage interest and property tax deductions lowered, the cost of home ownership is higher in the upper price ranges. That may drive buyers in the $1-3 million brackets to look for price adjustments to accommodate the increased cost.” 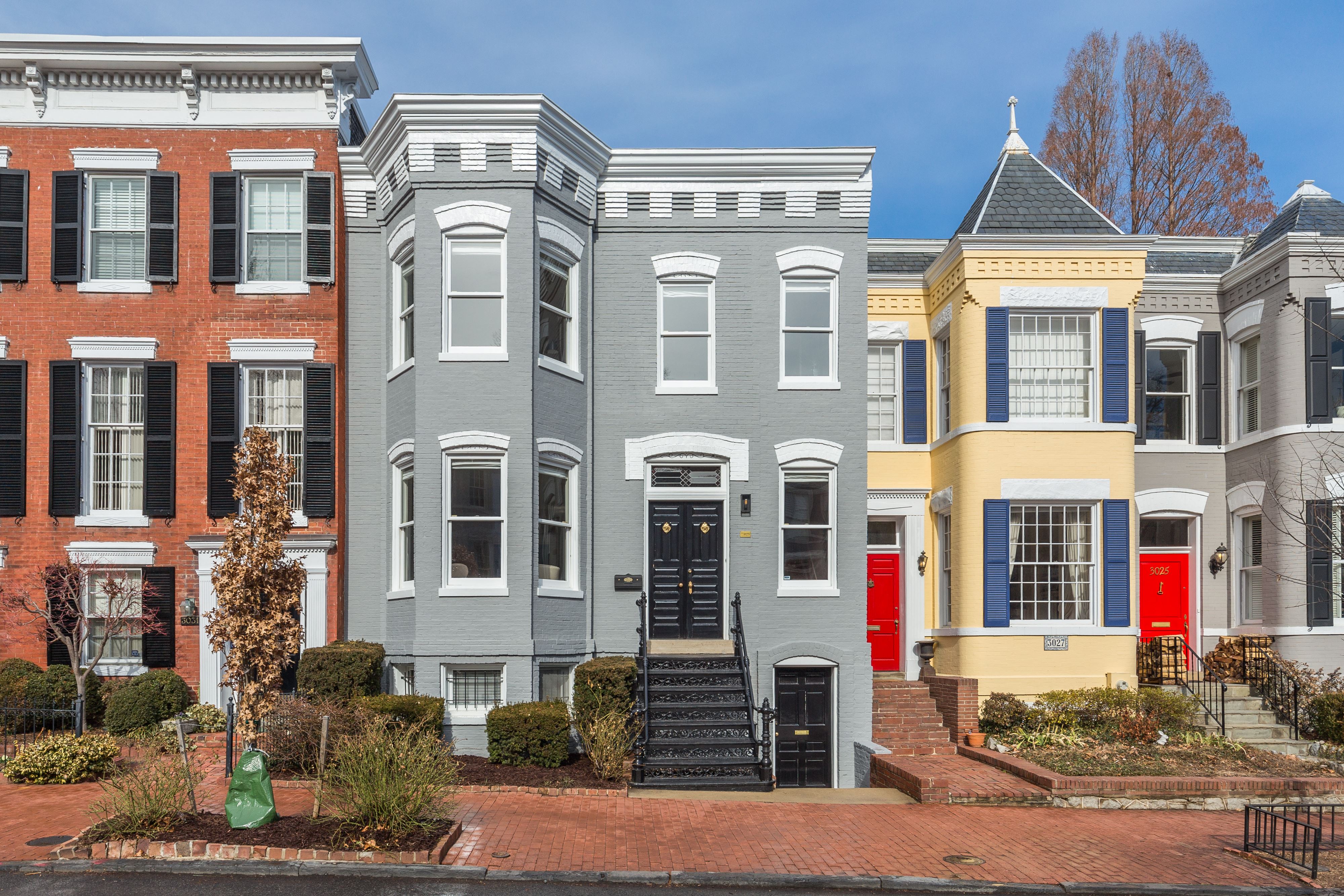 The law removes tax deductions for state and local income taxes, which may prompt some HNWIs to shift their primary residence from high-tax states such as Connecticut and California, to low or no state income tax states such as Texas or Florida. The new reforms have already prompted renewed interest in some markets. “We’re seeing an influx of buyers from Northern California where housing costs are much higher,” says Mike Herman of Oliver Luxury Real Estate in Reno, Nevada. “Luxury homeowners from Silicon Valley or San Francisco can save tens of thousands in taxes by purchasing a primary residence here.”

The new legislation, which is widely acknowledged to benefit high-income earners, may have longer lasting impact on the luxury market—a net positive effect as the wealth of the HNW and UHNW population appreciates. 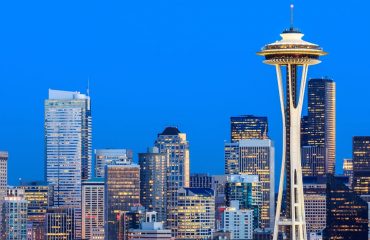