Tour the Childhood Home of Camilla, Duchess of Cornwall

Before she was known as Her Royal Highness Camilla, Duchess of Cornwall, cutting an elegant figure in smart, tailored suits and feathery fascinators at royal events, a young Camilla Rosemary Shand enjoyed an idyllic English childhood at her family’s country estate in East Sussex. This historic, Grade II-listed Georgian estate offers a quintessentially British mix of the outdoorsy and the genteel with more than five acres of lush grounds, including an orchard and a walled kitchen garden, as well as a warm, inviting interior with just enough grandeur for serious entertaining.

The Duchess of Cornwall was born in London in 1947 to an aristocratic family in South Kensington and spent much of her happy childhood at The Laines. Her parents, British Army officer and businessman Major Bruce Shand and his wife, Rosalind, cultivated in their children a love of the outdoors and of animals. The household was home to a bevy of pets, and Camilla attended pony club camps, eventually becoming an accomplished equestrian. Her father read to her often, and she is to this day a voracious reader. Since her marriage to Prince Charles in 2005, Camilla has taken on various royal duties and is often spotted with her husband at high-profile events like the annual Highland Games in Scotland. 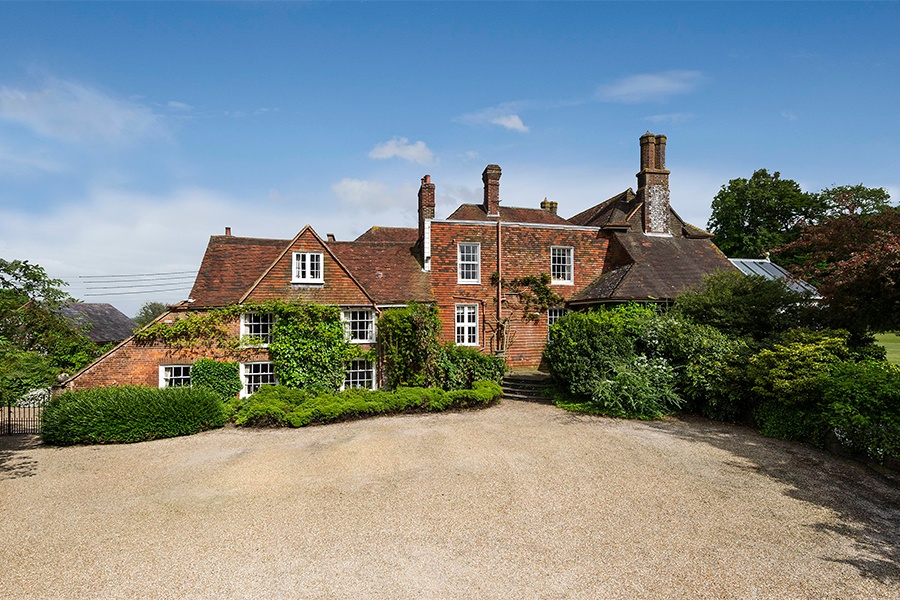 The Laines is a seven-bedroom estate in the town of Lewes, East Sussex, where Camilla, Duchess of Cornwall, spent much of her childhood. 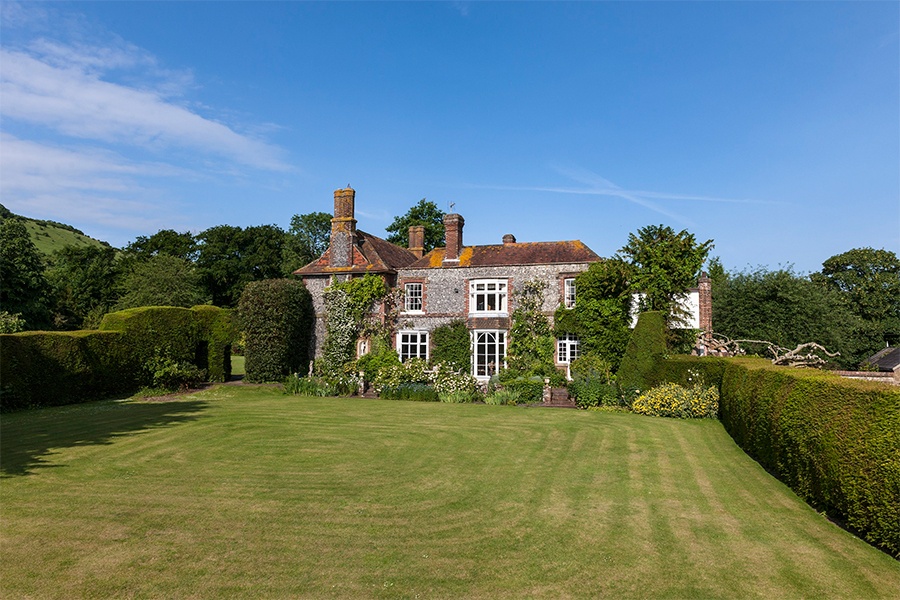 Built in the 18th century, the Georgian-style house is Grade II listed for historical interest and importance.

The Laines was once the village rectory in the town of Lewes. The estate is perched at the edge of the South Downs, and offers easy access to South Downs National Park. The surrounding area of Sussex is brimming with culture and leisure activities, from the offerings of the Glyndebourne Opera to the annual Brighton Festival and the regular races at the Plumpton Racecourse. 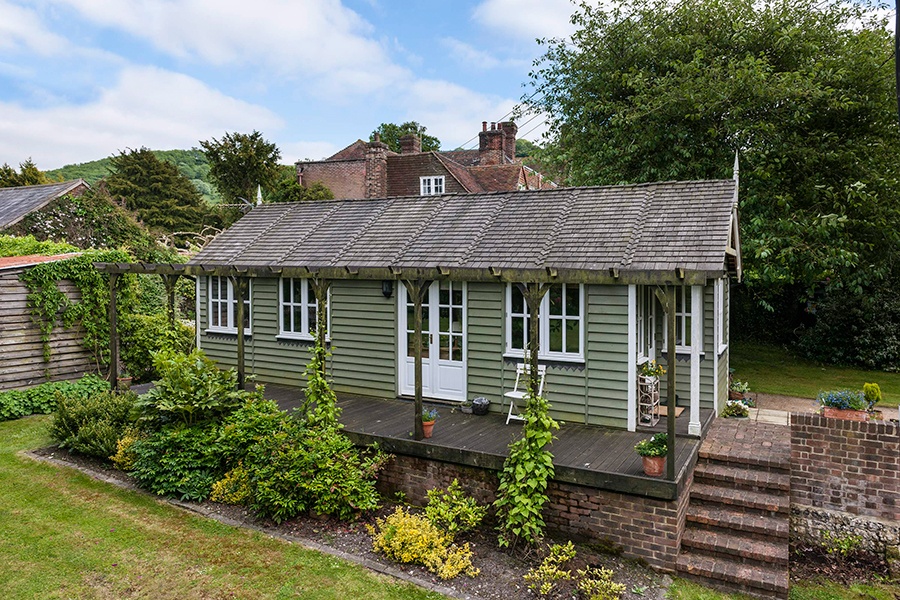 A 19th-century addition expanded the main residence, and the Shand family added an orangery in the 1970s. 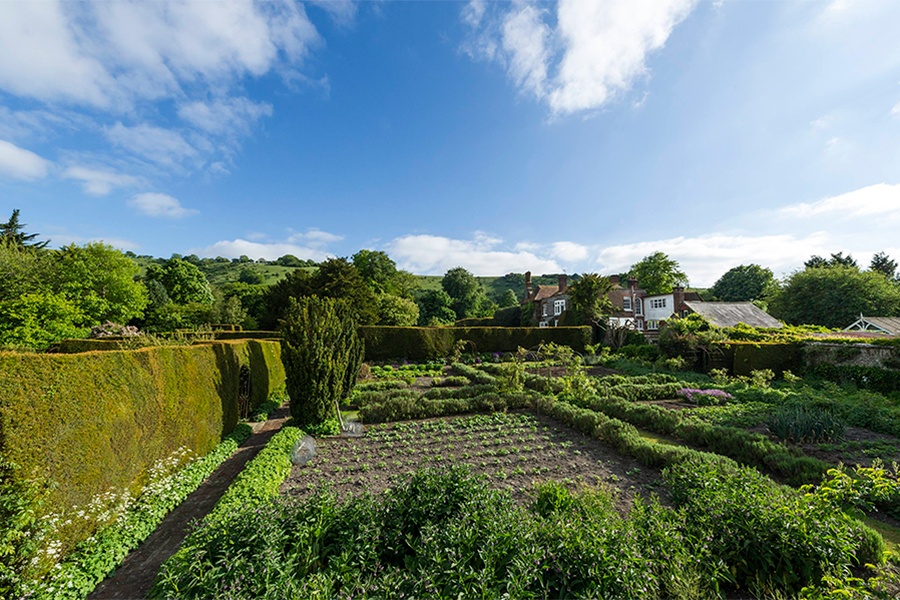 In addition to its orchards and rose garden, The Laines has a thriving walled kitchen garden full of herbs and vegetables.

The original structure of the house was built in the 18th century and has an addition dating from the 19th century. Classic knapped-flint walls lend the exterior a rustic, weathered elegance. In the 1970s, the Shand family added a Gothic-style orangery. The main reception rooms on the ground floor—the sitting room, drawing room, orangery, and dining room—are spacious but not cavernous, with high ceilings and classical Georgian architectural details. French windows open onto landscaped terraces, and some of the ornately carved fireplaces feature decorative polychrome tiles.

The country-style kitchen is spacious enough for family meals, and its exposed beams and antique floorboards combine with top-of-the-line appliances to offer an ideal blend of the historic and the modern. 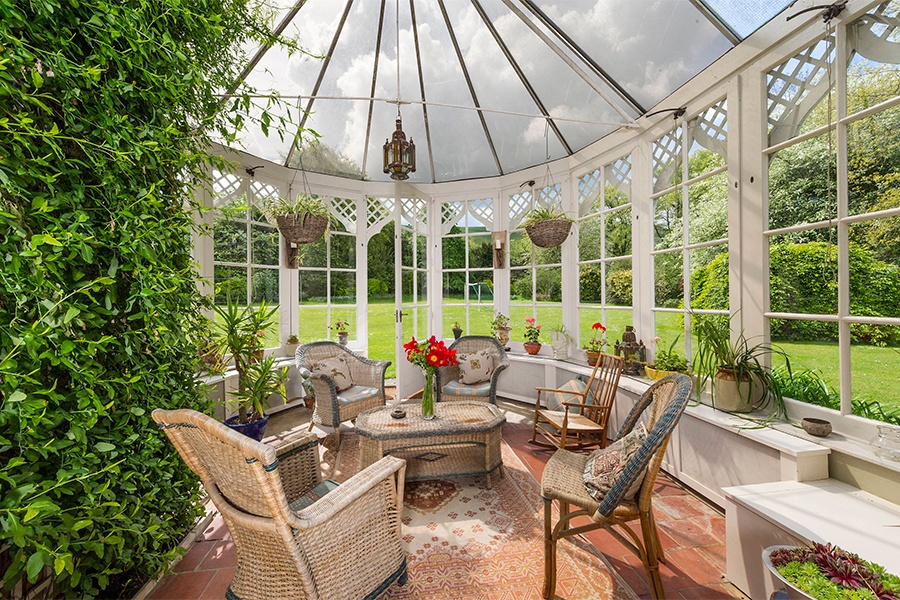 The Gothic-style orangery is a light-filled retreat that enjoys unrestricted views of the grounds from its wrap-around windows. 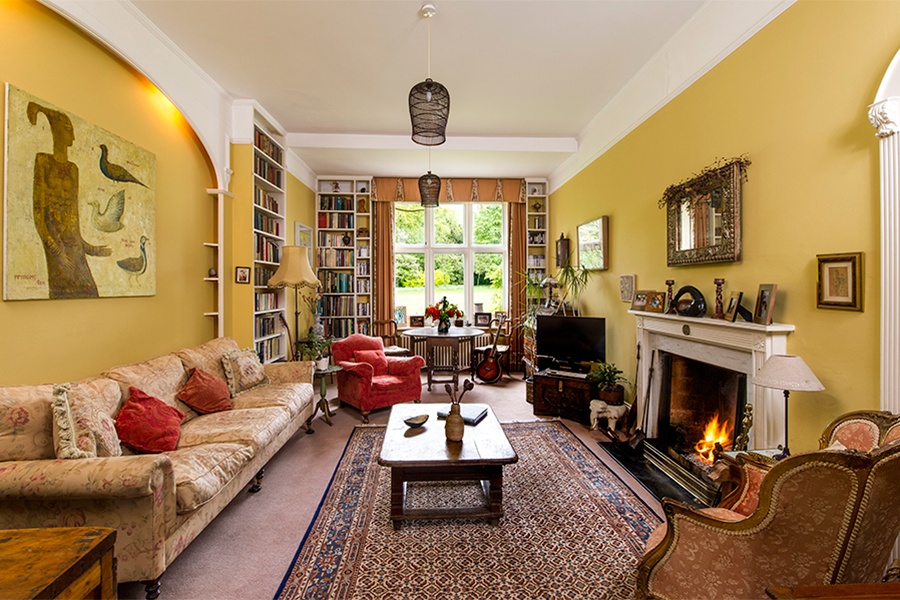 The interior of The Laines is gracious and elegant, with cozy touches such as several working fireplaces with tiled and carved mantels.

On the second floor, The Laines has seven bedrooms, three bathrooms, and a shower room. The bedrooms to the south and east enjoy views of the estate’s gardens. An additional house on the property, Laines Cottage, has its own kitchenette as well as a verandah and small garden. The grounds also include a paddock, swimming pool, and tennis court surrounded by lush landscaping that was redesigned by renowned landscape architect Lanning Roper. Multiple greenhouses, fruit orchards, and a rose garden add color and variety to the estate. With its pastoral setting and historic charm, The Laines would make an ideal childhood home in any era. 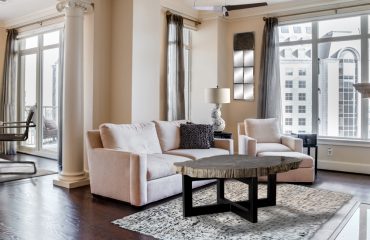 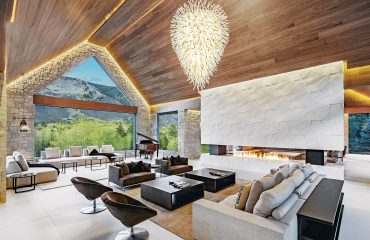 As Good as it Gets: The Colorado Luxury Home with Ski-In Access 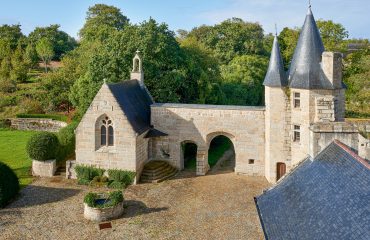