Trophy homes are the pinnacle of real estate ownership. In 2017, the global prime property market saw transactions for a plethora of these top-tier properties in terms of both quality and price. Trophy home buyers expect the best across a broad category of attributes, chief among which continues to be location.

KS Koh of Landscope Christie’s International Real Estate in Hong Kong highlights one global trend: the purchase of newly constructed trophy homes. The 2017 sale of a new detached house in The Peak for $149 million (HK$1.2 billion) was the year’s highest-priced completed trophy home sale worldwide, second in price to a $360 million (HK $2.8 billion) teardown apartment building in the same neighborhood which will be rebuilt as a single-family residence.

In Hong Kong, “new builds always achieve much higher prices,” says Koh. “Nobody talks about provenance here and old houses are always torn down and rebuilt.” Indeed, it seems that luxury buyer preferences for new builds are increasingly an international phenomenon, though provenance still generates cachet at the ultra high-end and remains vital in some markets like the English countryside.

The Hong Kong sale is just one of several top-tier new-build sales in 2017 that include three apartments at New York’s 432 Park Avenue that sold as a single penthouse unit for $91 million, and a four-floor apartment at 9 W. Walton in Chicago, which achieved $58.7 million, the highest-priced residential sale ever achieved in the city. Of the top five trophy homes to sell globally in 2017, two were resale homes with provenance and three—including the Hong Kong and New York sales— were new builds.

Listed at $67 million, the sale of Girasol in St. Barths, French West Indies, was one of the top sales recorded in the year 2017. Originally built by banker Benjamin de Rothschild, it “is one of the most spectacular private residential properties on the island,” according to Christian Wattiau of St. Barths-based Sibarth Real Estate. This sale, which occurred after Hurricane Irma, is a positive sign of continued consumer confidence in the island and is one of the highest sale prices ever recorded on the island.

Although fewer homes sold above the “billionaire’s benchmark” of $100-million last year (three in 2017 versus 10 in 2016 and four in 2015), the trophy home market across the globe remains active. Last year witnessed the sales of the most expensive properties ever to change hands in the United States cities of greater Washington, DC ($35 million), Seattle ($23.4 million), Austin ($21.8 million, the highest ever recorded on the Multiple Listing Service) and Tampa Bay ($11.2 million), as well as in the state of Arizona ($15.7 million).

Trophy homes can also be benchmark properties in their own market, they need not be global record-setters. In Australia, the sale of a property known as Elaine for $54.6 million (A$71 million) became the highest residential real estate sale in the country’s history. Comprising 1.72 acres of beachfront property overlooking Sydney Harbour, the Elaine estate is notable not only for the record price it set, but also for her “natural attributes,” says Ken Jacobs of Ken Jacobs in Australia, who handled the Elaine sale.

In addition to being only five kilometers from Sydney’s Central Business District, the historic residence was owned by the same family for 130 years and is situated on the second largest privately owned lot on Sydney Harbour. 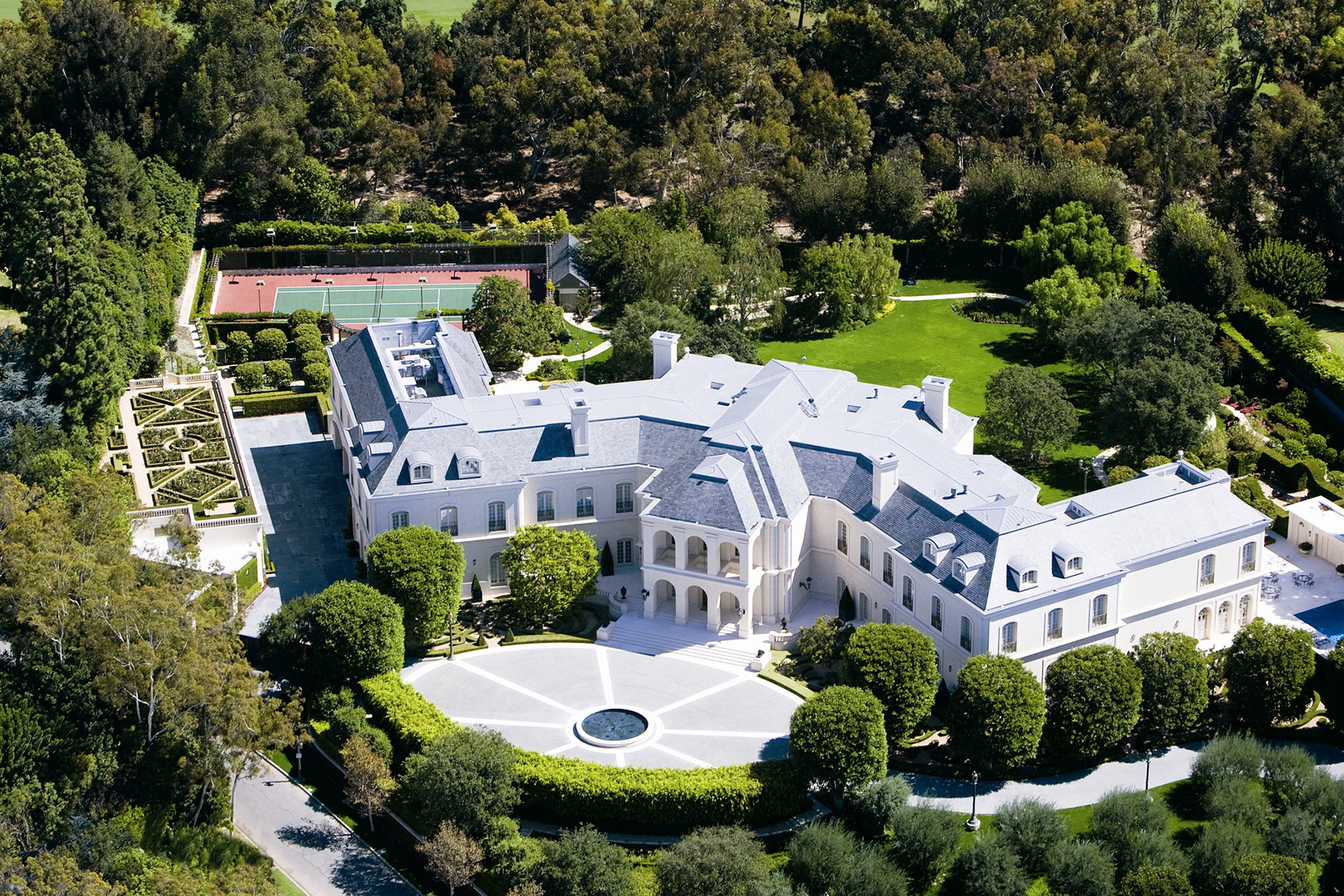 The Manor in Los Angeles represented by Hilton & Hyland 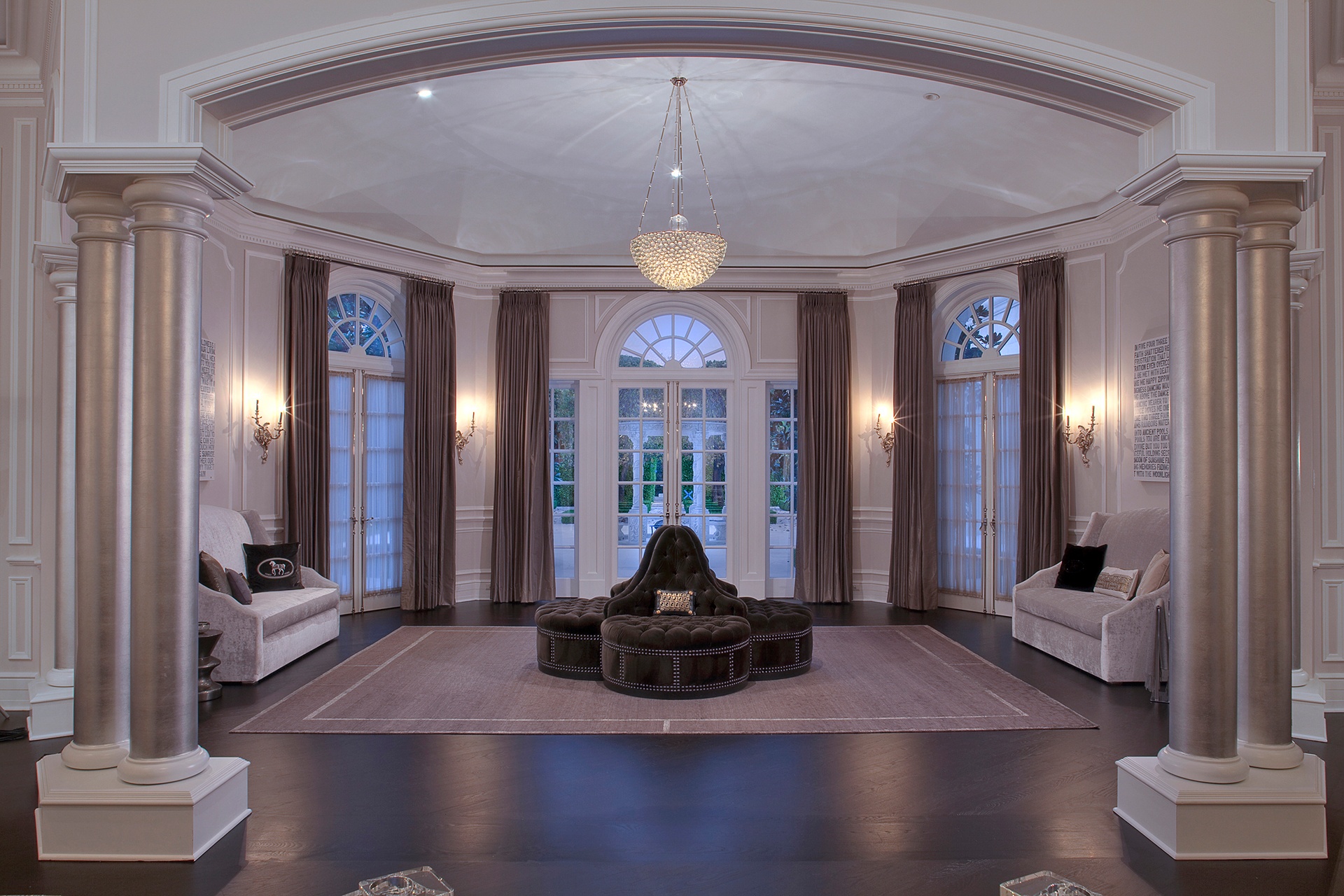 The Manor in Los Angeles represented by Hilton & Hyland

Jacobs identifies a theme among buyers of Australian trophy homes that can be extrapolated to include global ultra-high-end buyers: properties that prioritize privacy and security. The Boyd Residence, a $66-million, three-story penthouse Jacobs is currently marketing, epitomizes this desire for discretion. “The only residential component in a high-rise commercial building,” this penthouse even has its own carpark.

Jacobs explains that “position, view, amenities, and architectural merit” are all things the trophy home buyer desires. Sibarth’s Christian Wattiau seconds this, advising that location, lot size, spectacular views, privacy, and uber-luxurious furnishings all contribute to a trophy home’s mettle. Whether new build or resale, each of the trophy homes that sold in 2017 and early 2018 have many, if not all, of these characteristics.

At the very top end of the market, there are a number of unparalleled $100-million-plus properties currently offered for sale across the globe that also lay claim to these qualities. Michaël Zingraf Real Estate has the famous Le Palais Bulles (Bubble Palace) in Côte d’Azur listed for $418 million (€350 million). This property, with its 12,900-square-foot home and 180-degree sea views, is among the highest-priced homes currently available for sale worldwide. 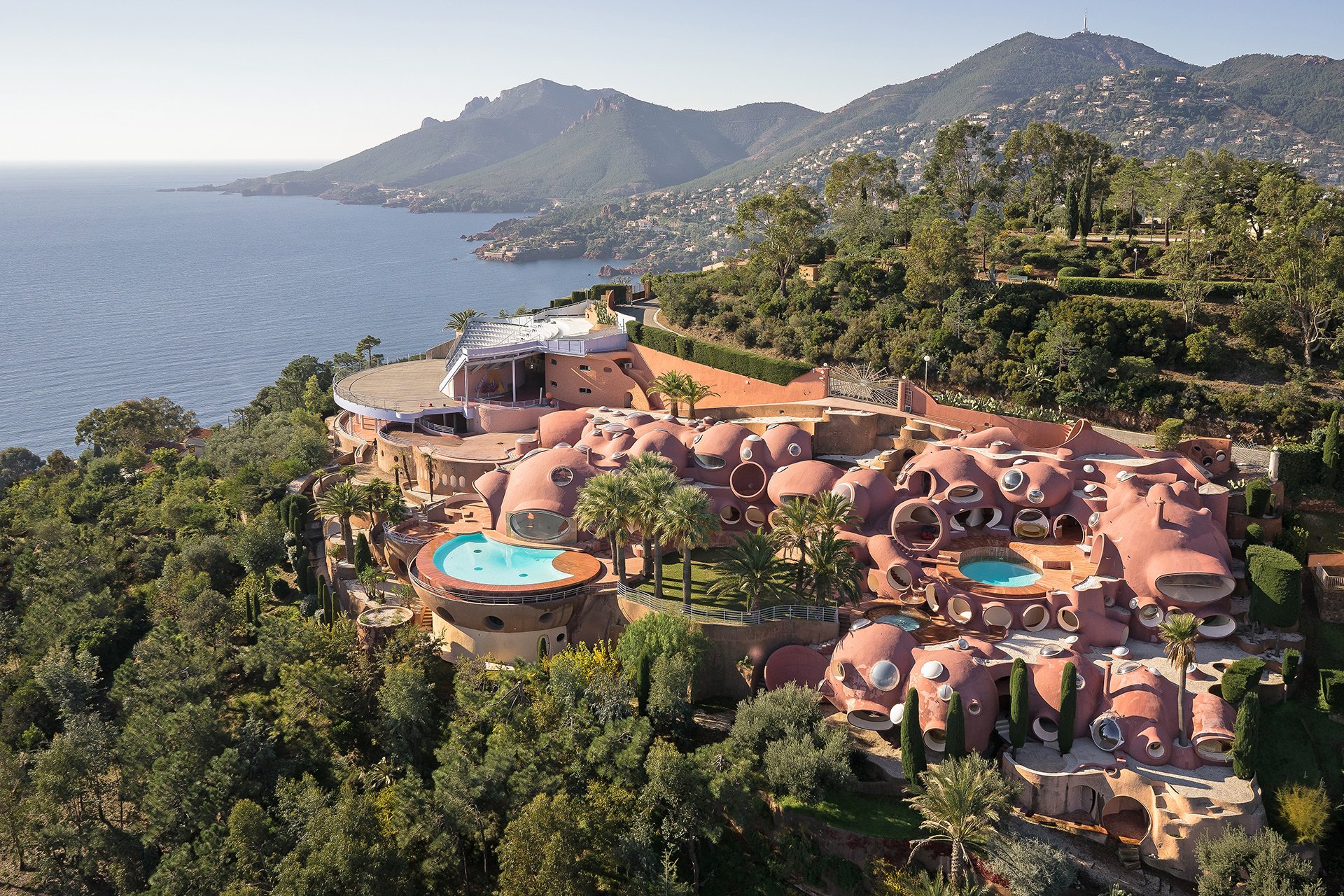 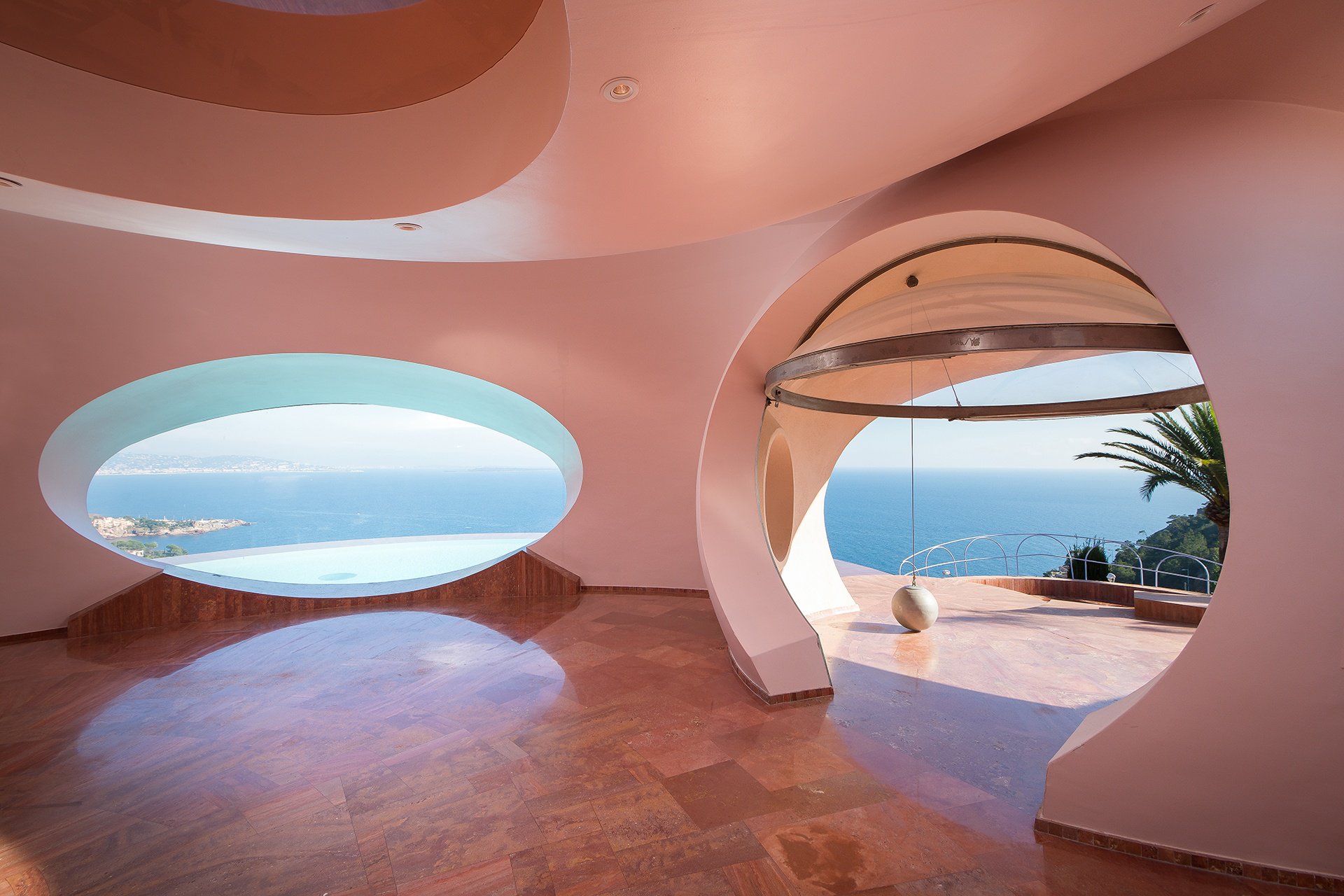 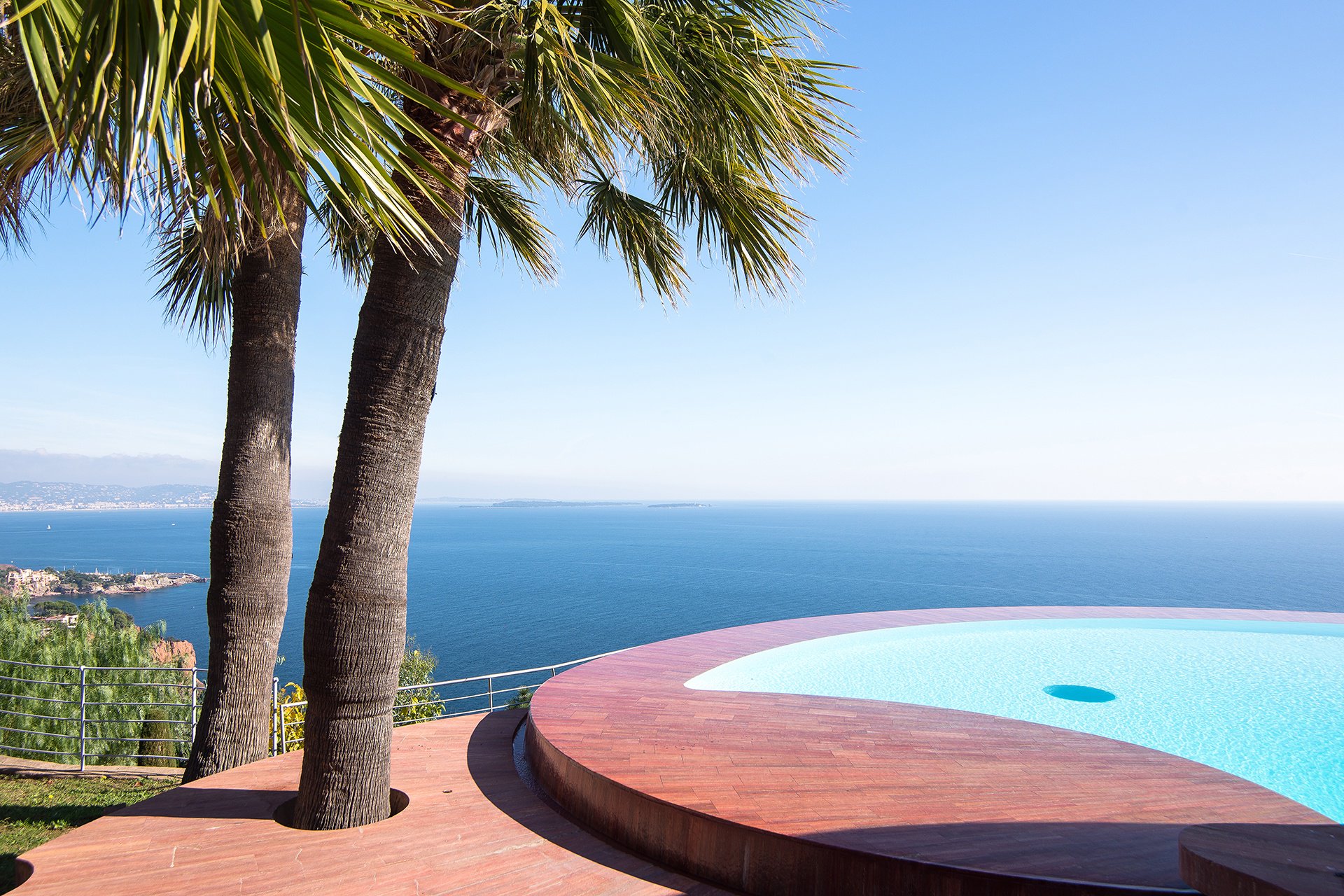 Another exceptional estate with provenance on the other side of the world, Chartwell Estate came to market in 2017 and is being offered by Hilton and Hyland in Los Angeles. With an initial price tag of $350 million, this lavish 10.3-acre Bel-Air estate is truly extraordinary.

With strong trophy sales already recorded in 2018—including record-breaking local-area sales of $110 million in Malibu, California, and $42 million (A$52.5 million) in Melbourne, Australia—both new builds and resale homes with provenance alike are showing continued upward momentum.