With more quality sparkling wines on the market than ever before, there are so many other bubbly options to make an occasion truly special

Champagne has played a singular role in the wine industry. For almost two centuries its golden bubbles have marked new years, new arrivals, happy unions, and all kinds of good news. The drink of choice for royalty, the rich, and the famous, champagne has defied trends, remaining at every upscale gala.

But next time you’re at an event, dressed in your finest, and you’re given a glass of something bubbly, don’t be surprised if it didn’t come from France at all. In recent years premier sparkling wine producers around the globe have been crafting bottles that defy expectations and deliver the festive fizz of champagne without the French label.

Champagne’s complexities were historically impossible to mirror for two reasons: the region’s unique combination of chalk and limestone soils; and the traditional method used to make its standard sparklers, which involves two fermentations and precise blending.

Unlike most wines, which simply ferment into drinkable pleasure, sparkling wines undergo a secondary fermentation that creates their signature bubbles. In champagne, that process occurs within each bottle, yielding multidimensional wines with an incredible depth of flavor. Over time, the big maisons defined their style based on this fermentation; the level of sweetness it left in the wines; and the aging regimen they received. The result was the development of replicable “house” styles. Over time, their reliable flavor profiles made France’s golden bubblies a safe bet for lovers of all things sparkling.

Though winemakers the world over have long aspired to sit alongside champagne, their limitations traditionally let them down. Great bubbly requires a chilly climate, instantly ruling out many of the world’s prime vineyard locations.

But modern winemaking practices and a new understanding of terroirs is shrinking the gap between tête-de-cuvée champagnes and other sparkling wines. Those made with a single fermentation, known as the ancestral method, or carbonated in large tanks in the Charmat method of prosecco, are rapidly matching champagne on flavor and value.

In fact, even prosecco—long thought of as a lower-quality fizz—is now appearing with incredible quality and longevity. Across the slopes of Asolo and the seven neighboring hillsides that make up the Prosecco Asolo DOCG, innovative producers such as Bele Casel are proving their wines are more than mere mimosa mixers.

“Cultivating on the hills, apart from having to work much harder, is great because we see a huge temperature range, and the calcareous soils do the rest,” explains Paola Ferraro of Bele Casel. “As a result, Asolo Prosecco has a great structure and minerality, all given by the soil.”

As Ferraro points out, the Charmat method doesn’t restrict or determine a wine’s quality, which instead is the result of myriad winemaking factors: “For Charmat-method wines, almost maniacal attention to make sure the wine doesn’t get in contact with oxygen is important,” she explains, noting oxygen quickly degrades fresh fruit flavors into sour, unpleasant ones.

Even prosecco is now appearing with incredible quality and longevity.

Bele Casel also mirrors champagne’s long-established practice by bottling and aging their “Col Fóndo” wines with their lees—the yeast cells that power its fermentation. The practice gives the wines a distinctively creamy texture and the ability to age well for up to a decade.

Meanwhile in Sussex, in the south of England, France’s longtime rival wine growers are proving they have the terroir to match their prestigious neighbors. With chalk and limestone soils markedly similar to those in Champagne, even Taittinger is in on the United Kingdom’s burgeoning wine industry, having established a vineyard there in 2017.

“We’re relatively cooler than France, our nearest European neighbor, so our climate tends to suit the production of white wines and particularly sparkling wines,” explains Nicholas Watson, senior director in the viticulture team at Strutt & Parker, the exclusive affiliate of Christie’s International Real Estate in the United Kingdom. “We’re beginning to develop some really substantial producers of quality wines with significant acreages of vines,” he adds, citing well-known producers like Nyetimber, which has expanded from eight acres (3.2 ha) to more than 500 acres (202 ha) of vines in the past decade.

Wiston Estate in West Sussex has emerged as another premier producer by taking a precise approach to its vineyard site. “Our original Wiston estate covers 16 acres (6.5 ha) on a chalk escarpment, which faces south–southeast,” explains Alex Notman-Watt, Wiston Estate’s sales director. “This is the perfect exposure to benefit from the morning sun and the ideal position for ripening of the grapes.” Though Notman-Watt notes that the unpredictable climate can present challenges, warmer temperatures like those experienced in the region in 2018 are leading to a bumper crop.

In the United States, French champagne houses have long been investing in new terroirs, with the likes of Chandon and Roederer setting up shop in California wine country. Roederer completely models its champagne style in California’s cool Anderson Valley, where its signature Estate Brut offers incredible value and toasty apple flavors.

Even in appellations where the traditional Pinot Noir and Chardonnay thrive, innovative vintners are investigating a wider range of grapes. In Oregon’s Willamette Valley, for example, De Ponte Cellars is making a bright, fresh-scented sparkler from Melon de Bourgogne, a traditional Loire Valley white. Despite having wildly different soils and terroir from the Champagne region, the wines are a tasty departure from tradition.

Cavas work well with food because they combine the complexity of aging with the freshness of the Xarello grape.

“It gives us our own footprint and our own mark on the industry,” explains De Ponte owner Scott Baldwin, of the area’s heavy clay soils and unique climate.

In the southern hemisphere, Ken Forrester bottles a vibrant sparkling Chenin Blanc from seaside vineyards in South Africa. Bursting with citrus and cream flavors, its Sparklehorse bottling represents a unique counterpoint to mineral-driven champagnes. Australian proseccos are following suit, as is Spain’s Penedès region, famous for cava, where luxury offerings from wineries like Recaredo rely on native Spanish grapes for their long-aged, brioche-scented Brut Nature cuvées.

“Cavas, especially Gran Reserva cavas, work well with food because they combine the complexity of aging with the Mediterranean freshness of the Xarello grape. Cava’s fine bubbles are also good palate cleansers,” says acclaimed chef José Pizarro, who champions the Spanish sparklers in his London restaurants.

Read More Articles on Vineyards & Wine
December 18, 2018 Laura Burgess
is a certified sommelier who writes about wine for VinePair and at laurauncorked.com 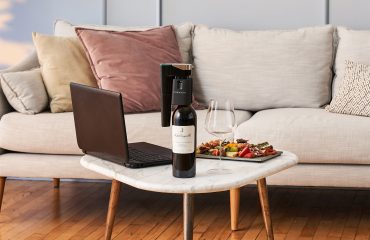 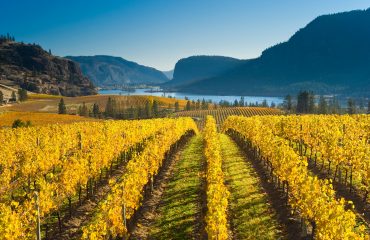 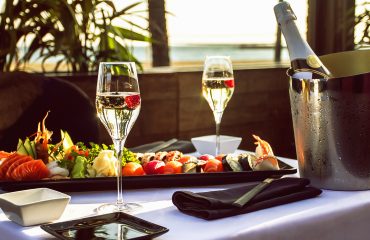 Bubbling Over: 10 Champagne and Food Pairings for Every Occasion