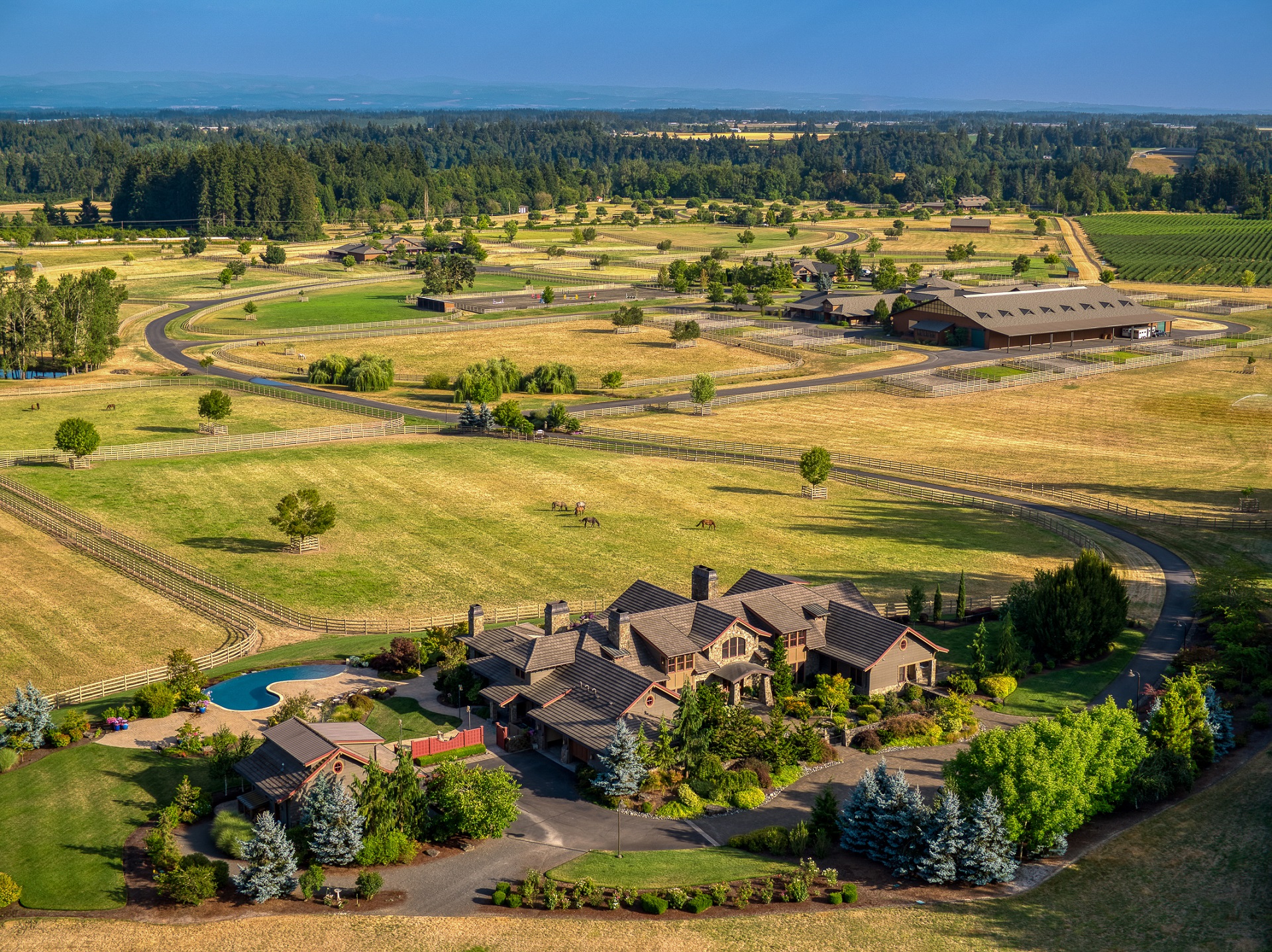 Five Equestrian Estates in Honor of The Breeders’ Cup

Inspired by the two-day pageant of horse beauty and athleticism, Luxury Defined curates the top five equestrian estates for world-class equines and their owners

The Breeders’ Cup is the crème de la crème of equine racing events. Unlike the Triple Crown— encompassing the Kentucky Derby, Preakness, and Belmont Stakes and limited to the youngsters, mere three-year-olds—the Breeders’ Cup is the all-star series of horses in their prime. Here Triple Crown champions and winners of a leg or two of the series compete against past winners and champions from six continents, the elite athletes of the horse world.

Last year’s series took place before empty stands. This year, the fans are back, elevating the level of competition and the fashionista spotlight. The two-day extravaganza at San Diego’s Del Mar track features 22 races at all distances on both turf and dirt. The series also embraces support of the Thoroughbred Safety Coalition, professionals committed to increasing safety and accountability to benefit these magnificent animals and their jockeys.

The allure of Thoroughbreds has inspired celebrities from around the world to invest in them: Steven Spielberg, Kevin Costner, Ron Wood of the Rolling Stones, Judi Dench, and of course the renowned equestrian monarch, Queen Elizabeth II of Great Britain.

To honor this event, here are five premier equestrian estates in horse hotbeds around the world. 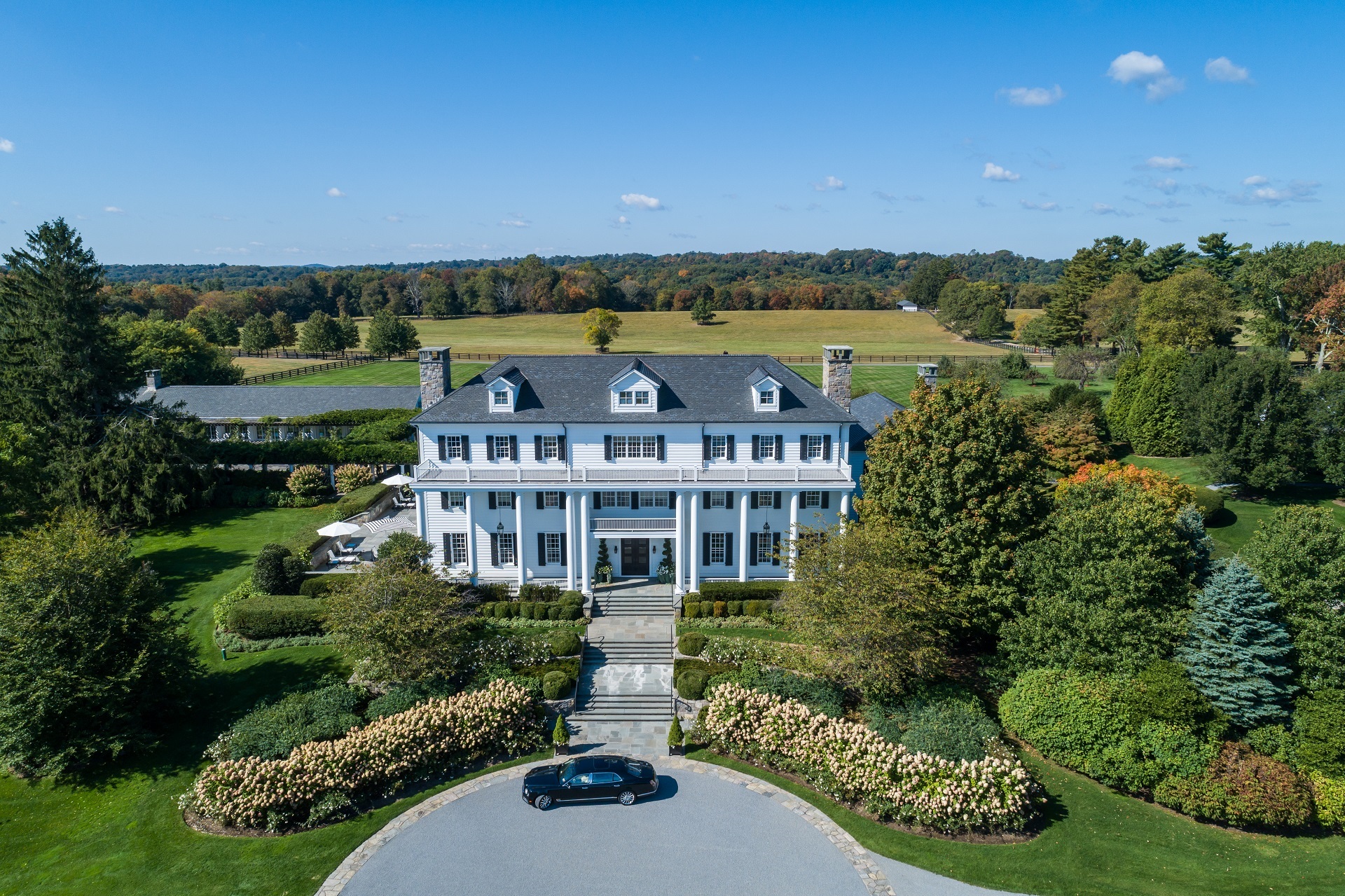 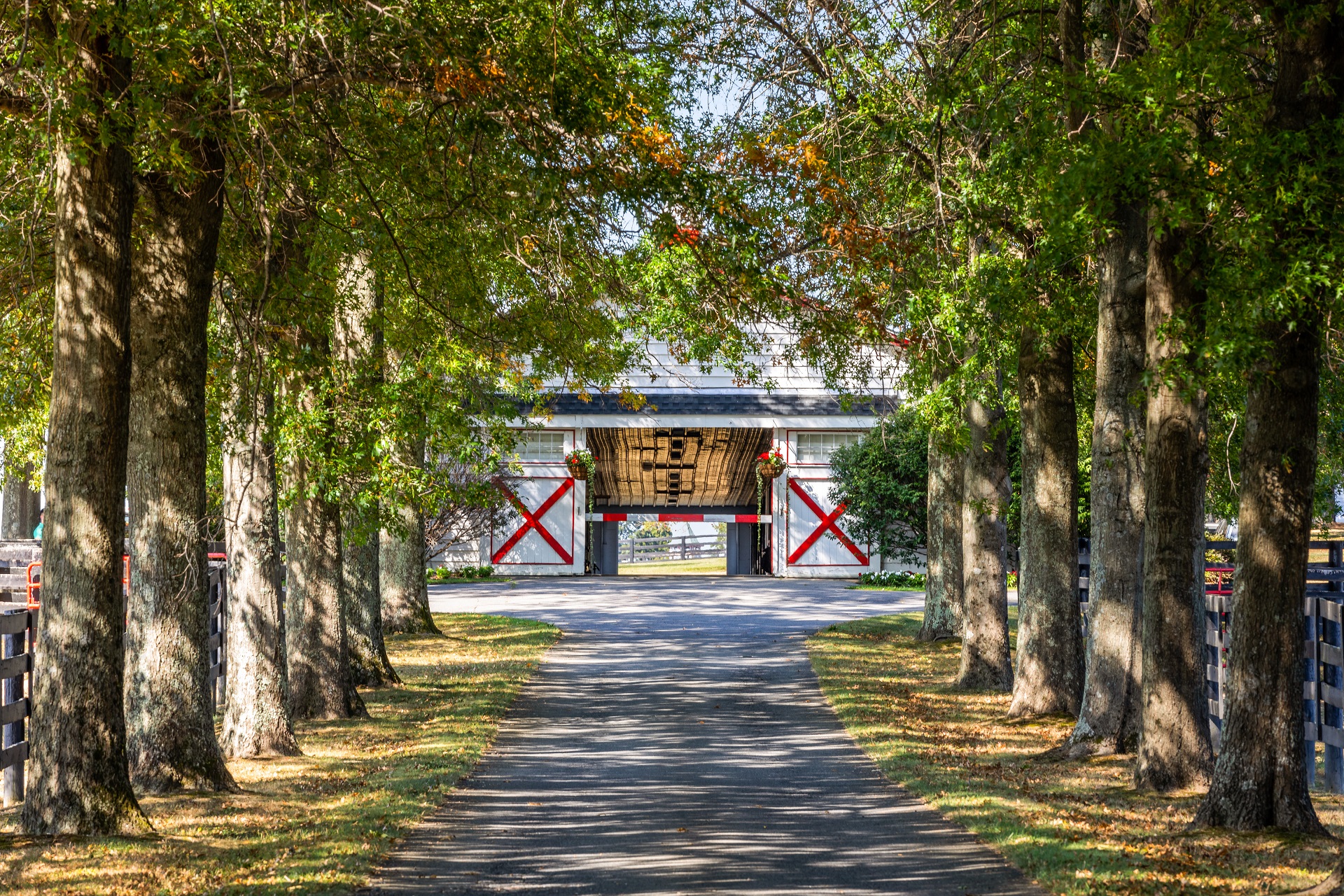 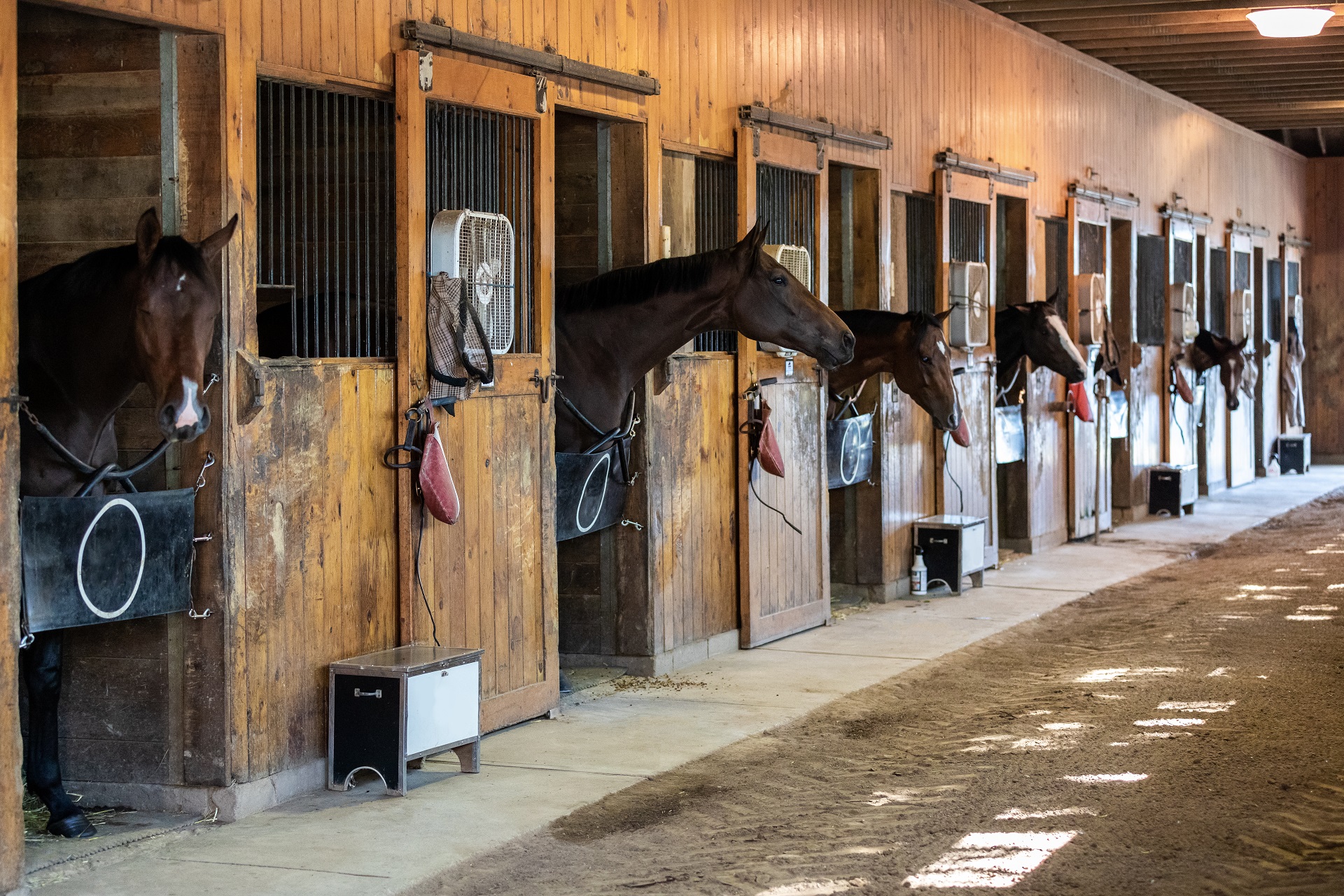 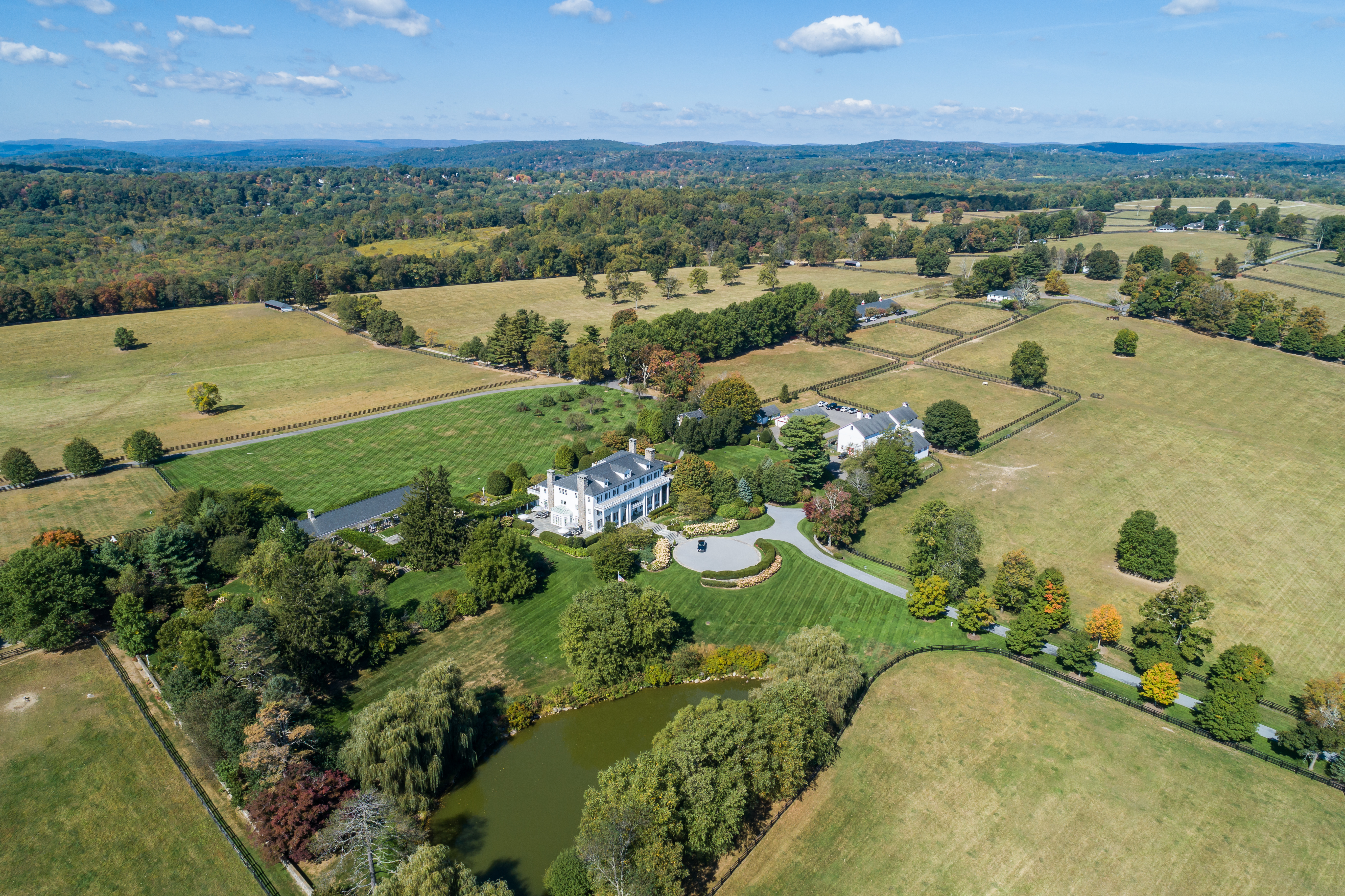 The Sport of Kings boasts no more regal property than Stonewall Farm. Barry Schwartz, lifelong friend of Calvin Klein and the company’s co-founder and CEO, with his wife, Sheryl, created a facility maintained to the highest levels of care and impeccable taste. Located just one hour from Belmont Park, the 740-acre farm has produced winners of 40 stakes races, and several have gone on to run in the Kentucky Derby and the Breeders’ Cup.

The equine facilities, include a 40-stall yearling barn and two 24-stall broodmare barns with professional racing facilities, additional barns, large grassy paddocks, and abundant staff quarters. The eight-bedroom home is the epitome of understated elegance. Highlights include flooring of dark and double-wide planks of pine, a breathtaking two-story library connected by a spiral staircase, and a sunroom with an arched glass ceiling and French doors opening to a terrace. There is also a 2,200-bottle wine cellar, tasting room, and a game room with pub. 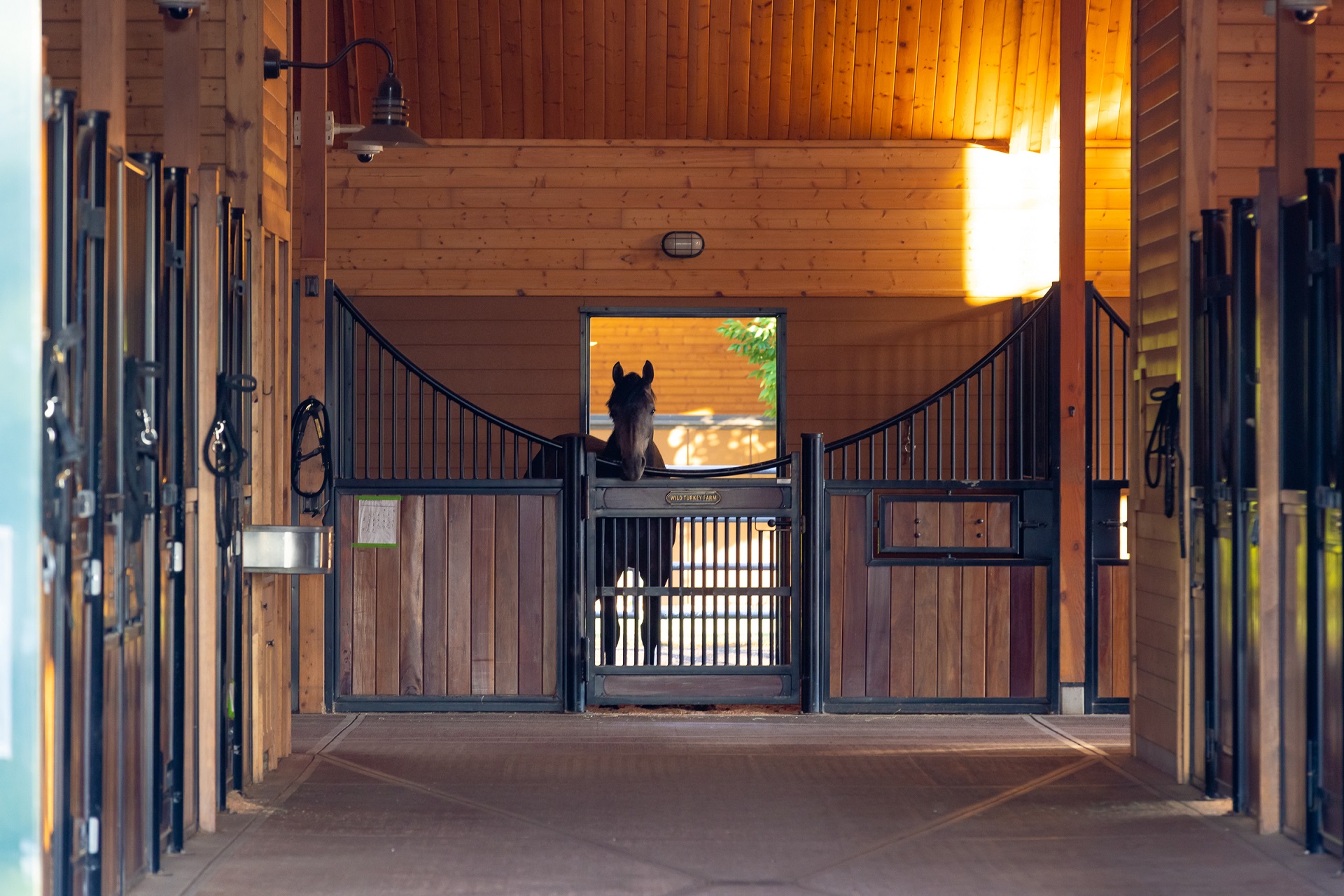 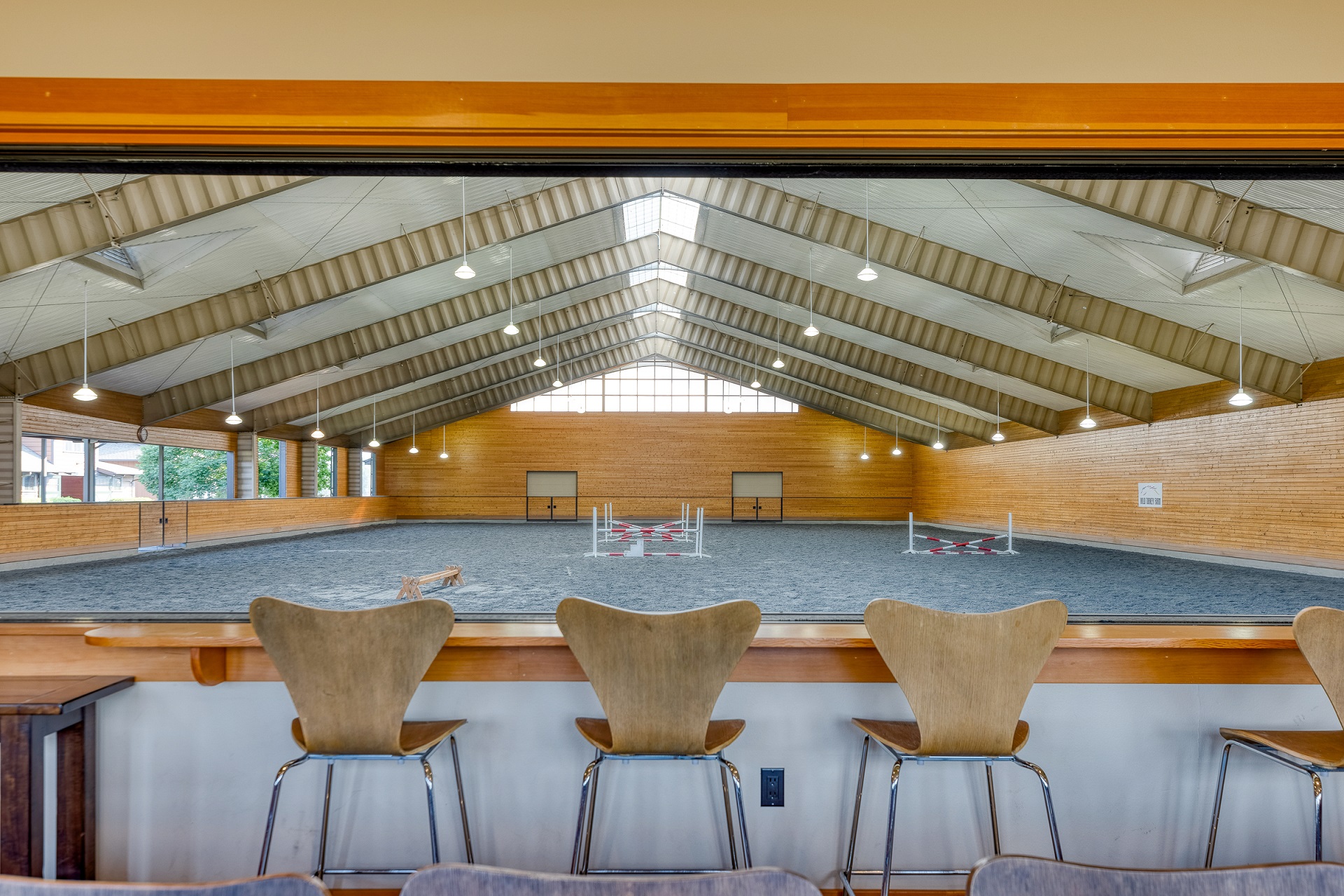 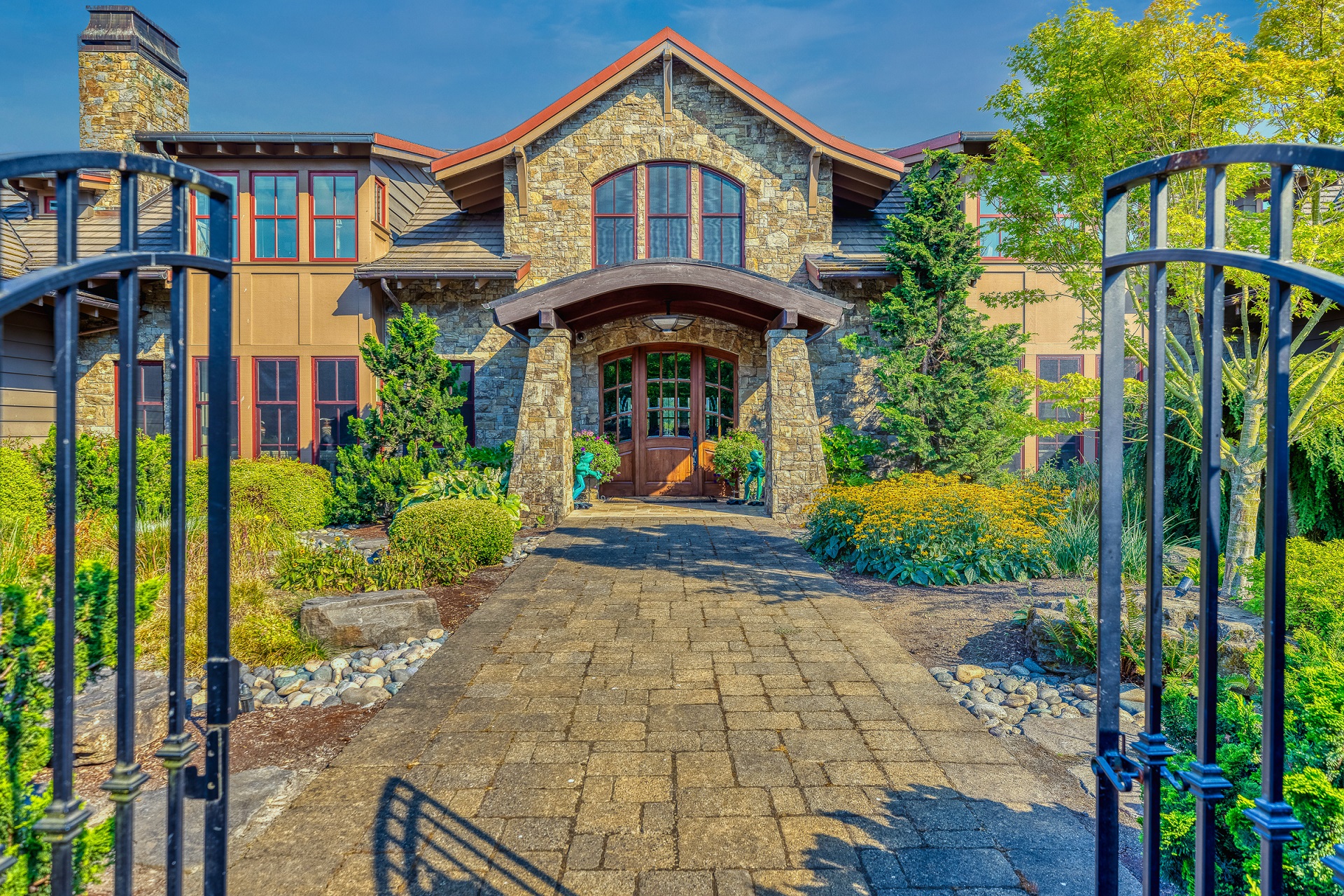 Barbara Ellison, former wife of Oracle founder Larry Ellison, artfully assembled this 215-acre breeding and training facility for Warmbloods. The breed combines lines of Thoroughbred and carriage horses, not for racing but for other disciplines such as dressage and show jumping. The facility, in the heart of Oregon wine country, includes both an outdoor and indoor arena, with viewing areas. Five barns house 97 large stalls with private runs. There are also 33 pastures, veterinary rooms, offices, and staff accommodations.

Wild Turkey Farm is located on the banks of the Willamette River, providing abundant water rights and dockage. The owner was committed to the retirement of racehorses, so facilities have been set aside for this purpose. The home is notable for its refined livability. The great room features vaulted ceilings and a colossal stone fireplace. The private living quarters are on the second floor, including a primary suite with its own workout room and laundry.

Related: Discover Why Architecture Keeps Going Back to Brick 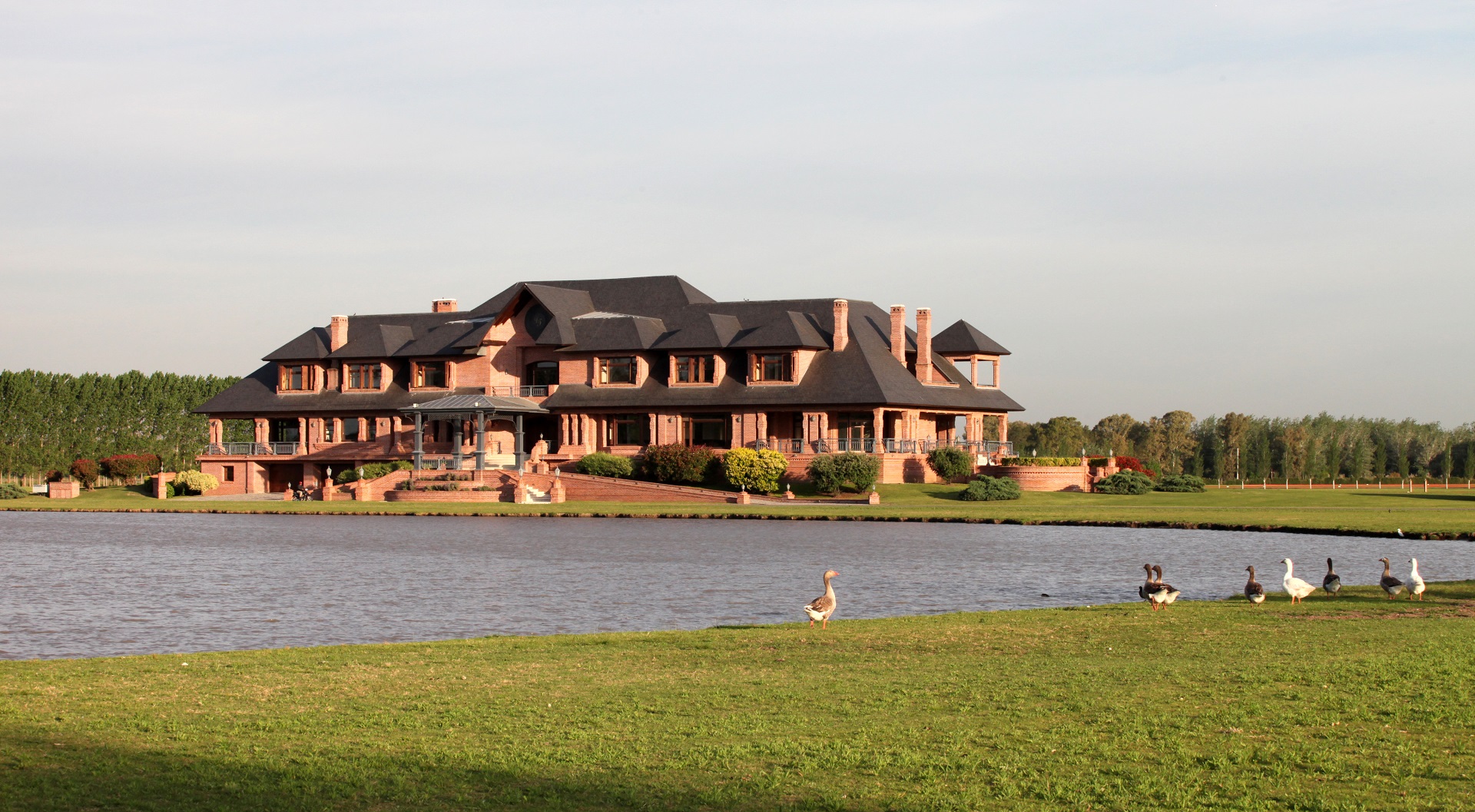 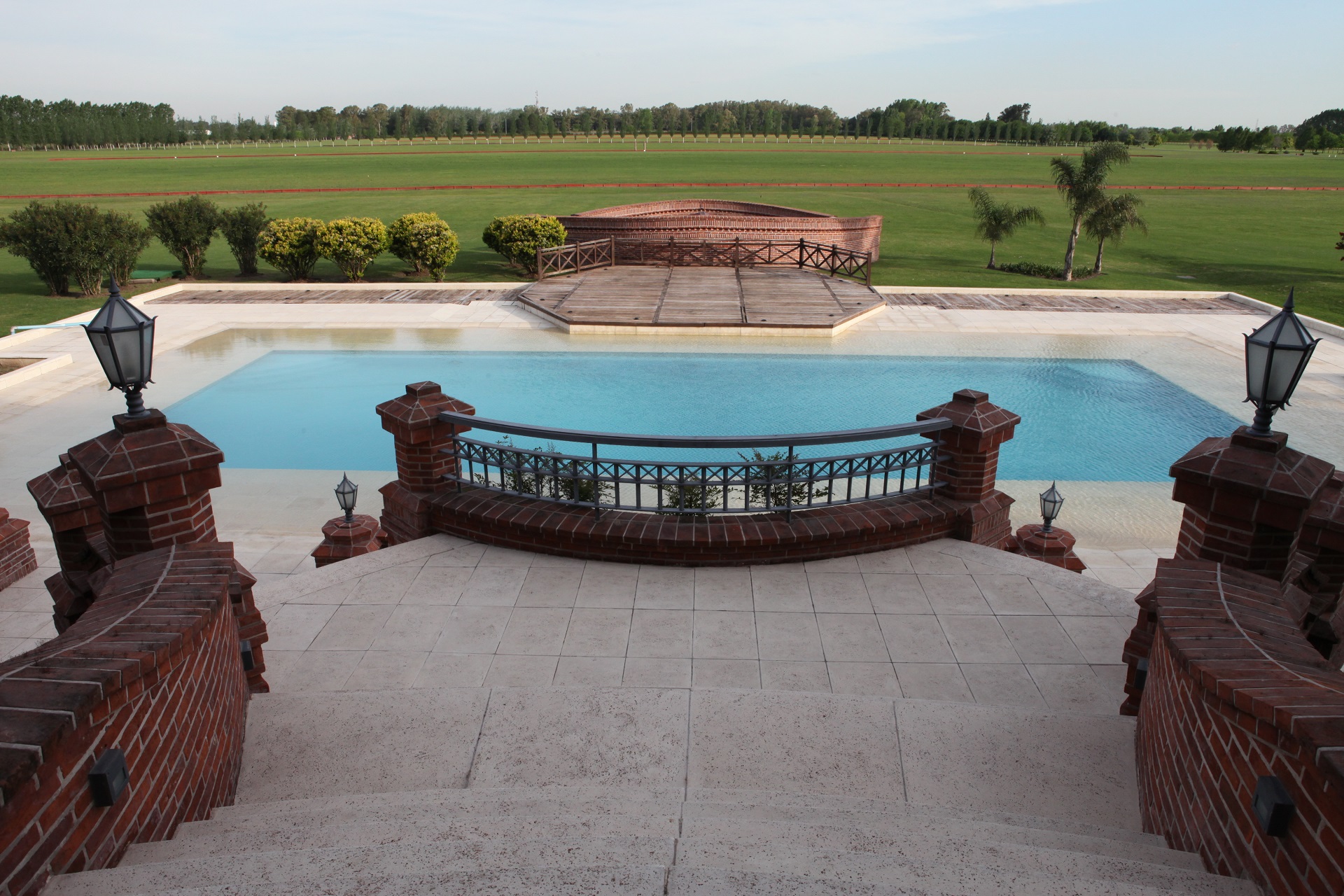 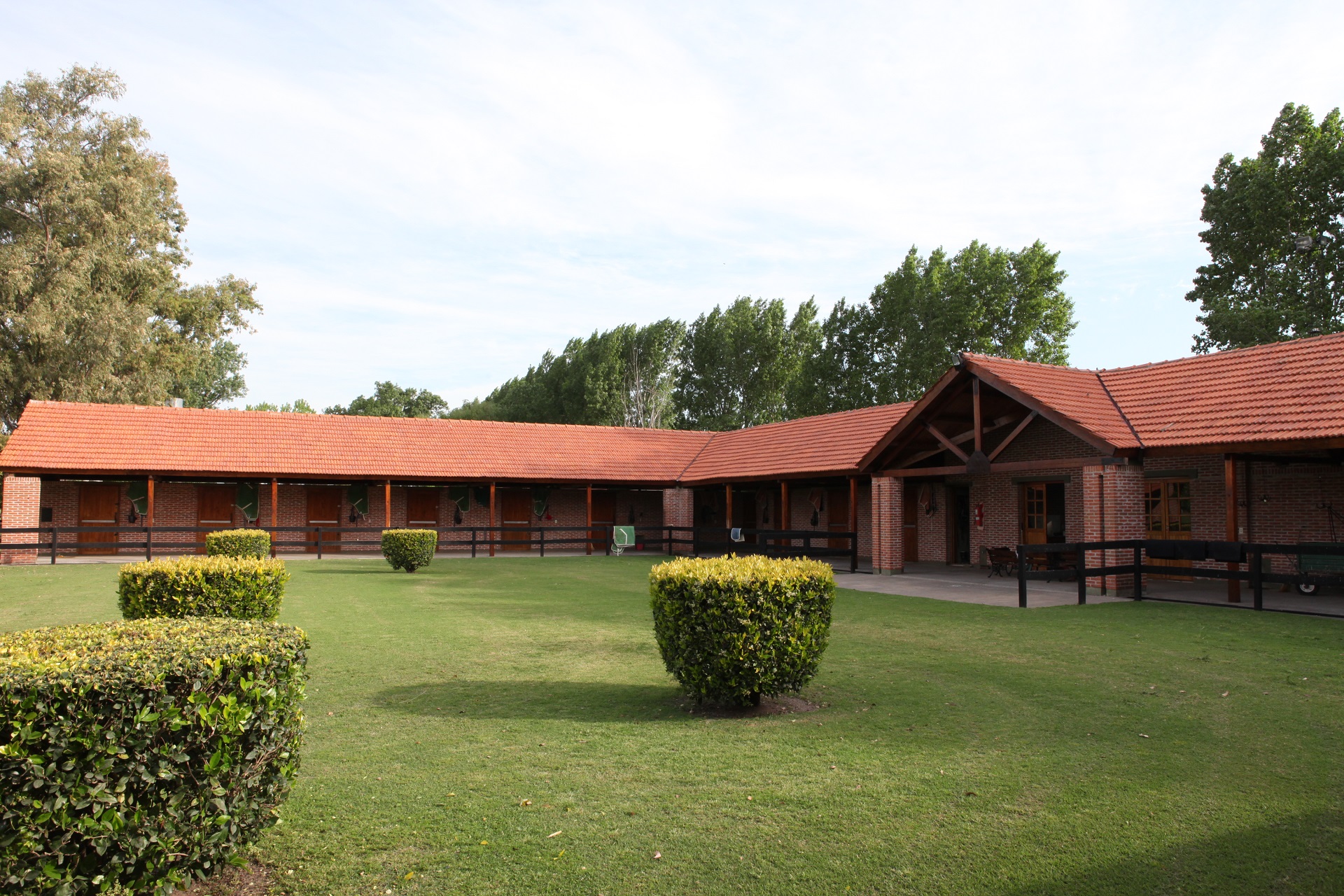 Polo ponies maneuver down the field like equine sports cars equipped with rack and pinion steering until their engines gun and they streak down the field. The sport started in India and was introduced to Great Britain by returning officers of the British Indian Army. The most famous polo enthusiast was Sir Winston Churchill, who learned the game while in the army and played his last game at age 52. The most revered player is Adolfo Cambiaso, the Tom Brady of polo – greatest of all time. He lives near La Felicita Polo Estate. Pilar is Argentina’s most esteemed polo community.

La Felicita features more than 185 acres, stabling for 44 horses, a veterinary clinic, six polo fields, a large, covered riding arena, and staff housing. The main house, in excess of 30,000 square feet, boasts a reception area that can easily accommodate 200 guests, a dining room that seats 20, and views throughout, including the main polo field and the lovely lake with manicured gardens. There is also an infinity pool and lighted tennis courts. 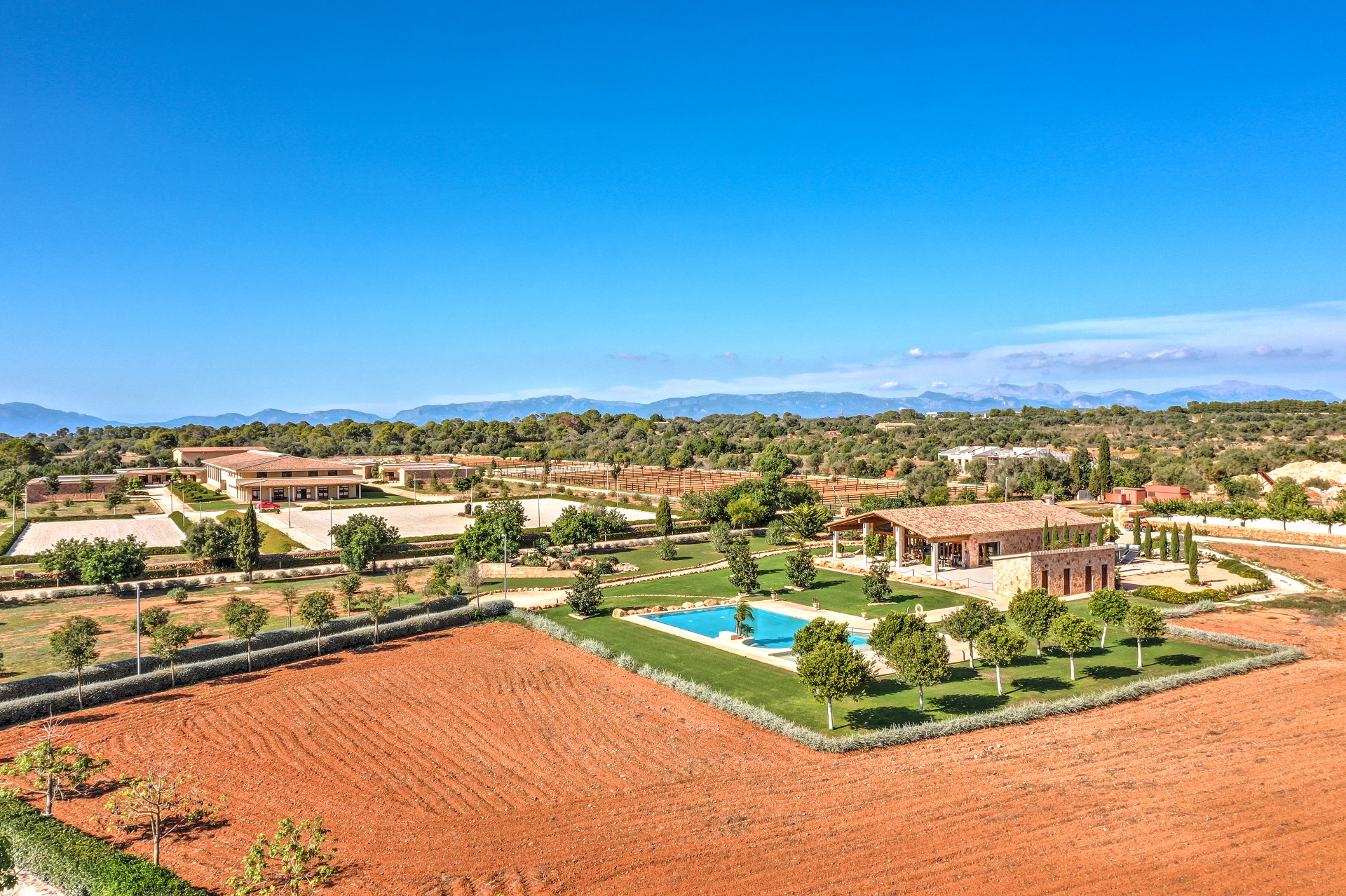 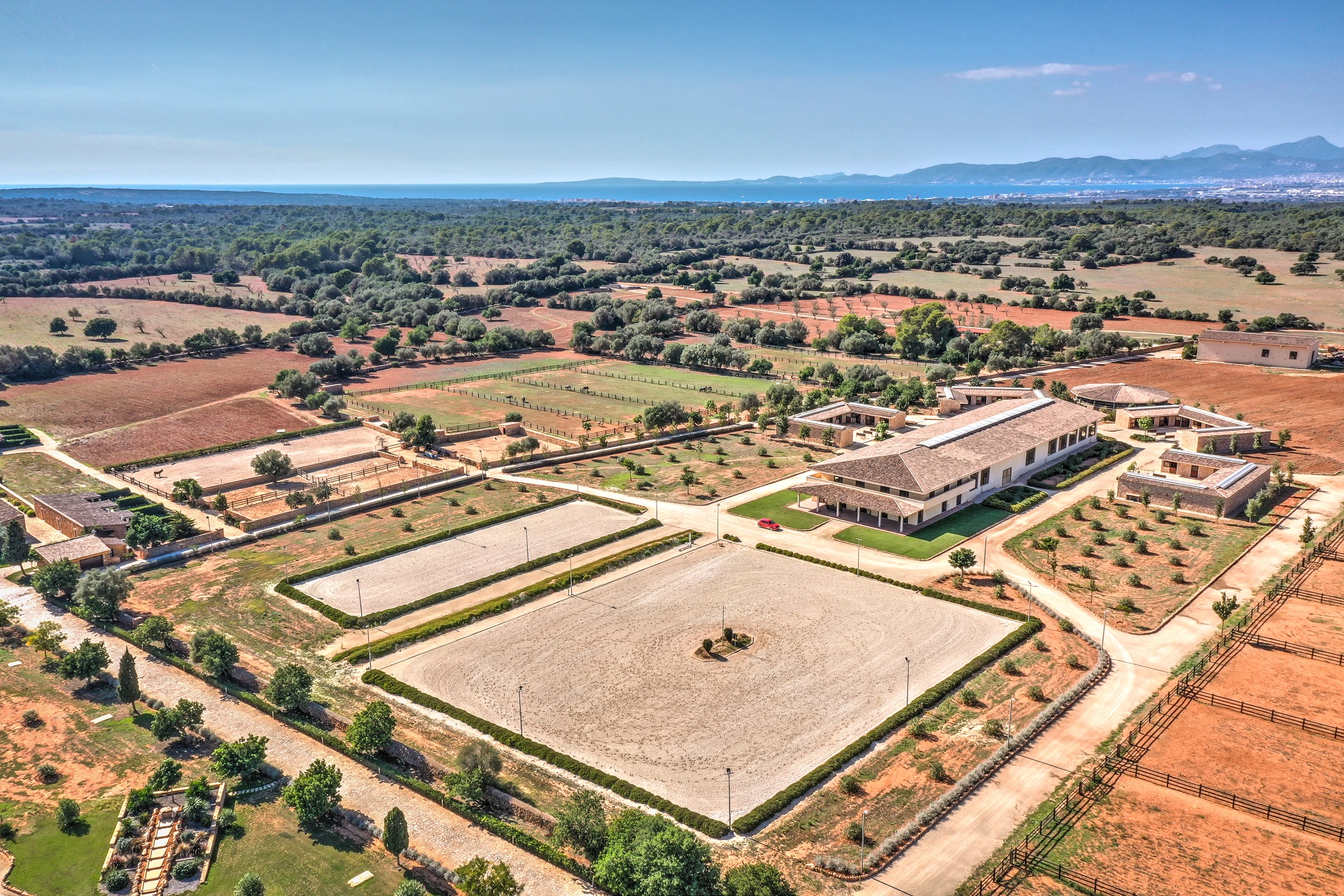 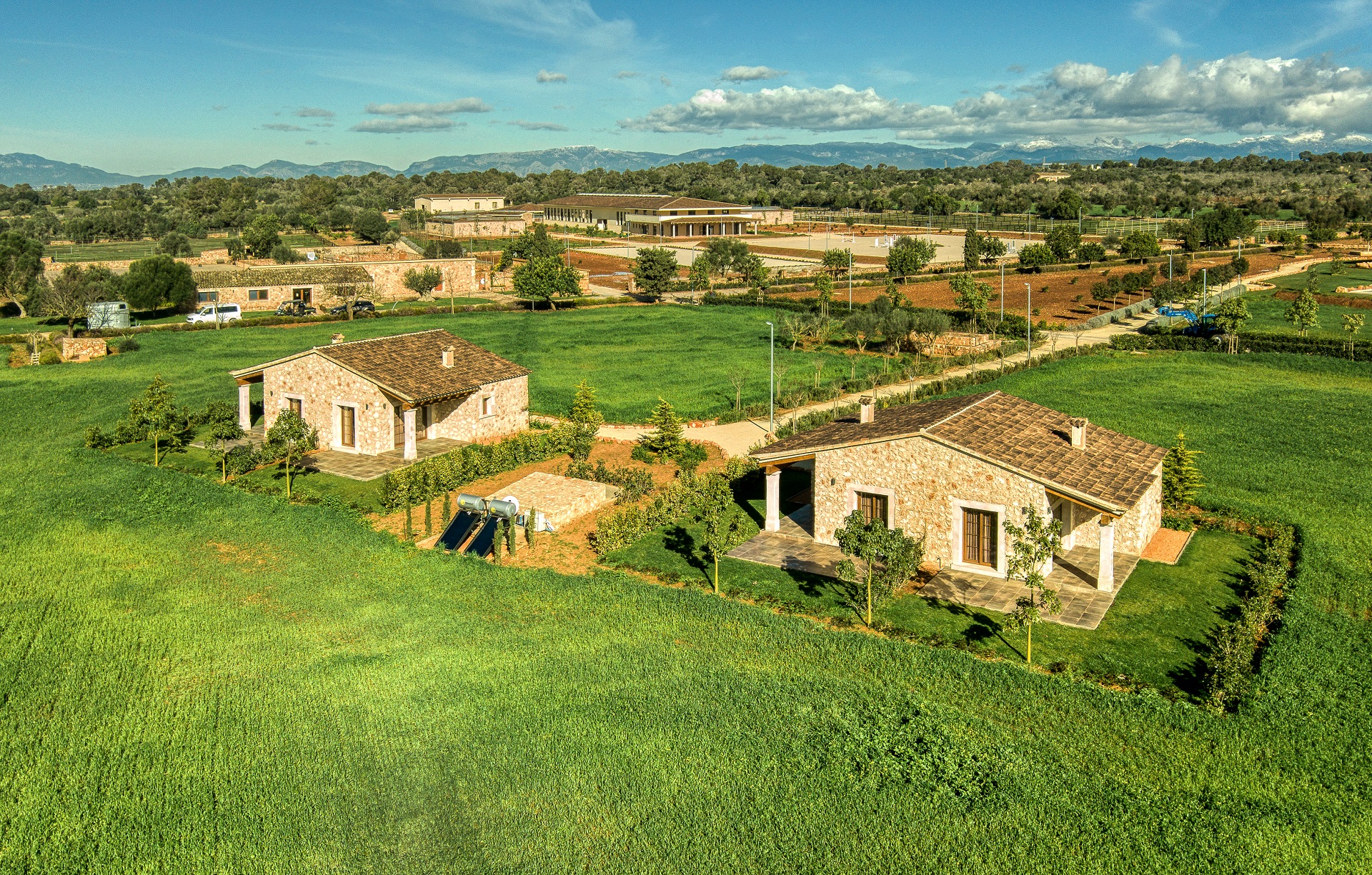 Spain’s connection to the horse is in the country’s DNA.  Wild horses on cave paintings date back thousands of years. Vienna, Austria’s famed Spanish Riding School is so named because of the exceptional breeding stock of Andalusians imported from Spain in 1572 when the Austro-Hungarian Empire was at its zenith.

The Andalusian, a bloodline fiercely protected since the 1500s, are called the Pure Spanish Horse. Noted for their nobility, they have been featured in movies (think Gladiator, Lord of the Rings, Interview with the Vampire, and Lara Croft: Tomb Raider) and a draw for the boom in equine tourism. This Mallorca resort is ideal for the equine traveler, offering exceptional access to trails through the Tramuntana Mountains and the sandy beaches and forest trails along the bay of Alcudia. The resort property offers stabling for 50 horses, top-notch riding facilities, a restaurant, a pool with spa, and multiple luxury residences for the new owner, guests, and staff.

Related: Discover Port, the Wine Sommeliers Are Sipping on This Winter 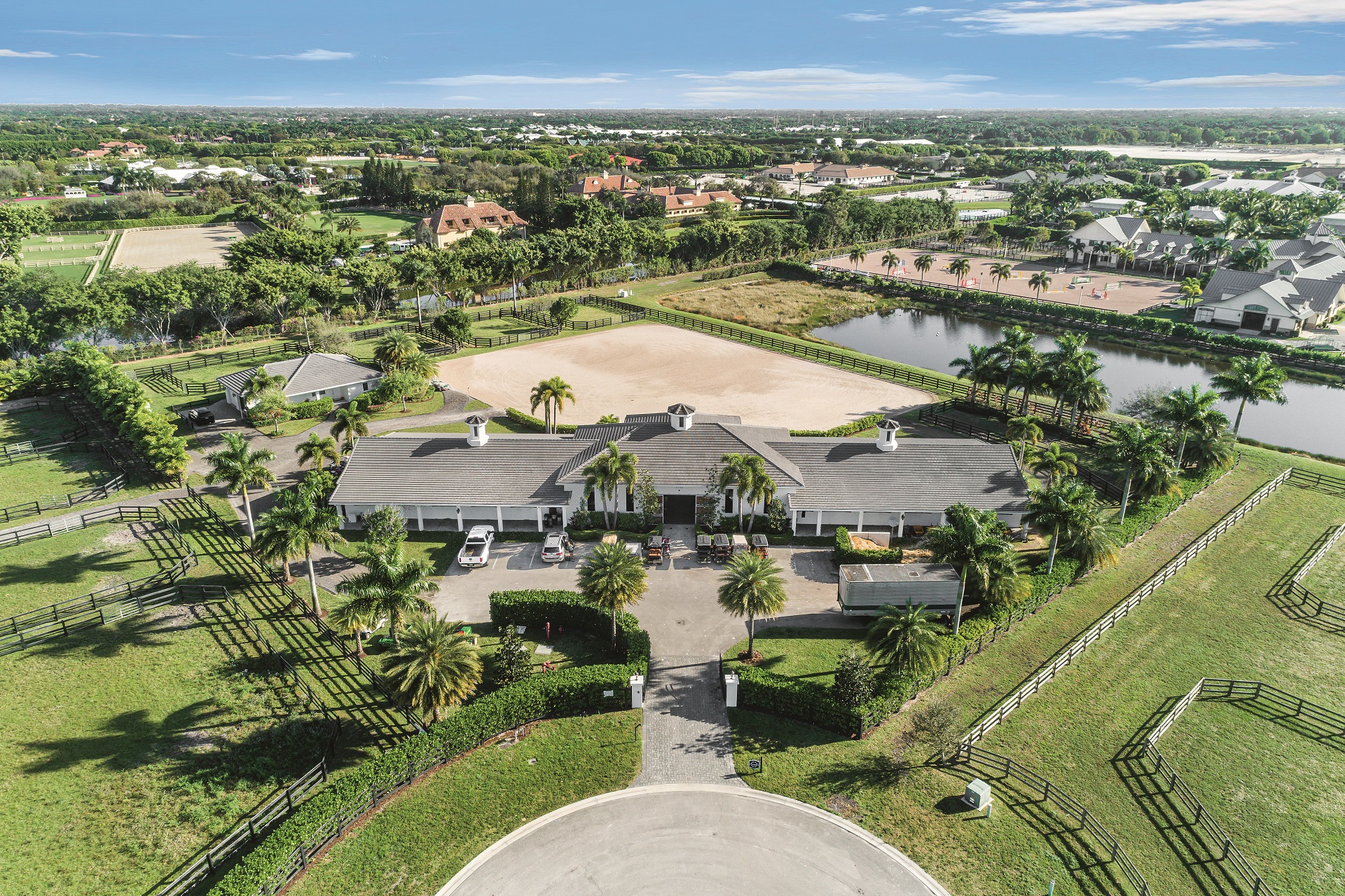 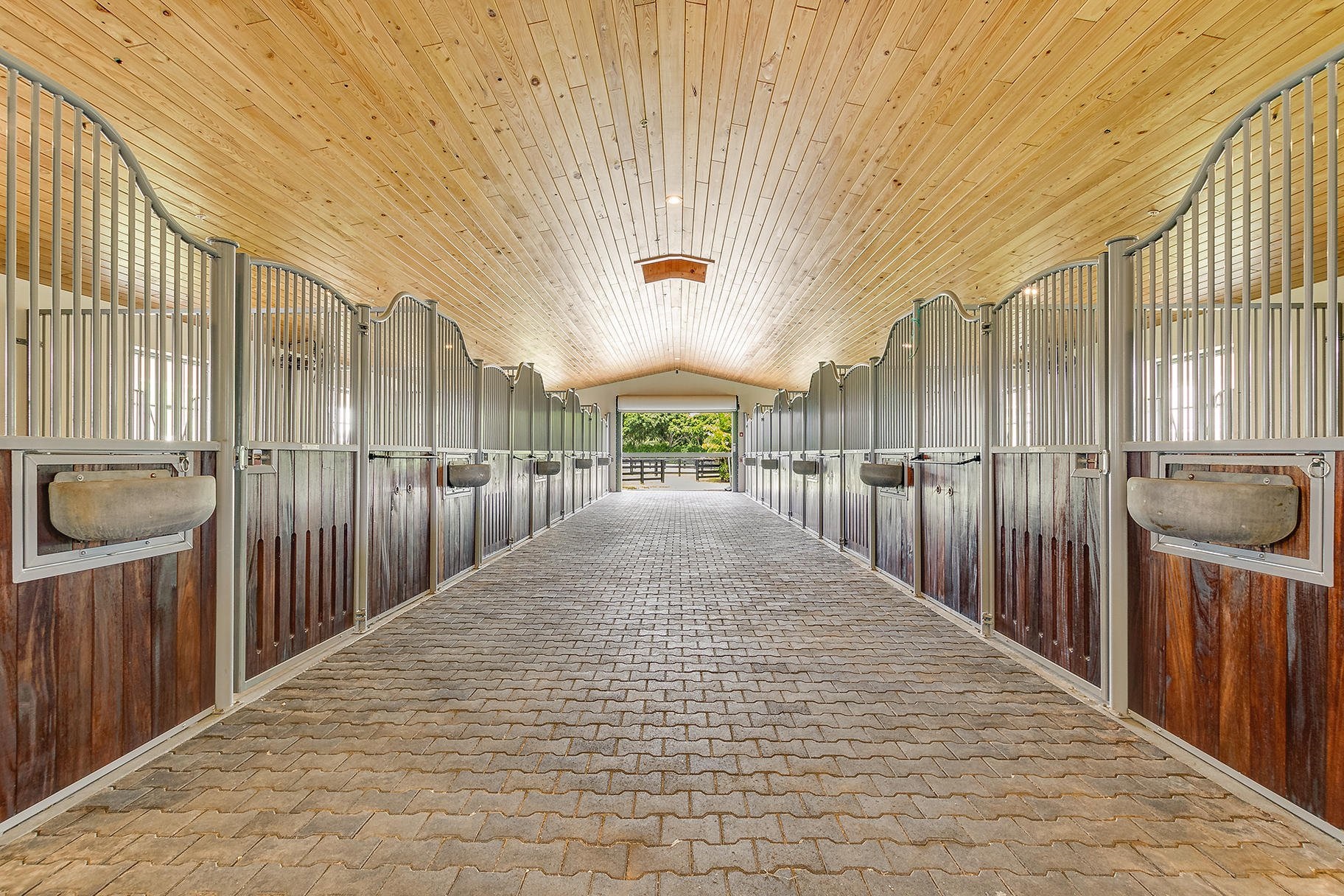 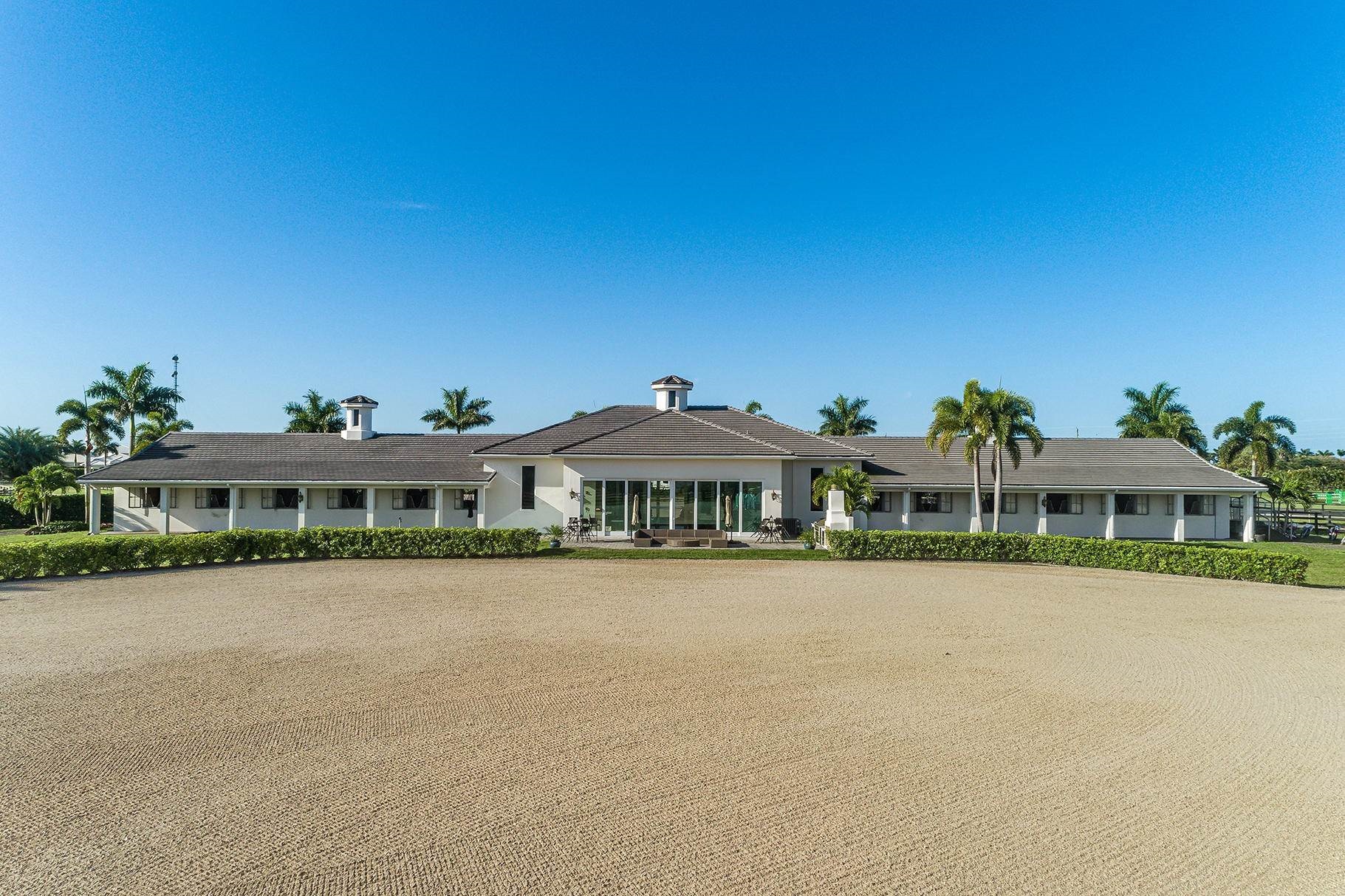 Ocala is fast becoming the Mount Olympus of equine events—three-day eventing, dressage, show jumping, polo, driving, reining, barrel racing, you name it. The recently built World Equestrian Center, on 300 acres, boasts 15 outdoor rings, as well as five climate-controlled indoor arenas. Ocala attracts the top athletes from around the globe to compete in its full slate of five-star weekly winter events because Florida is an easy puddle jump for Europe and South America.

Wellington is right around the corner from Ocala. Privately situated at the end of a cul-de-sac, this estate on more than eight acres includes a Grand Prix jumping field, a 20-stall center-isle barn, four wash stalls, a private office, laundry room, and staff quarters. An air-conditioned lounge includes a full kitchen, family room, and private bath overlooking the all-weather arena. The 3,000-square-foot residence has two bedrooms, three full baths, and is appointed with a wonderful outdoor kitchen and fireplace. 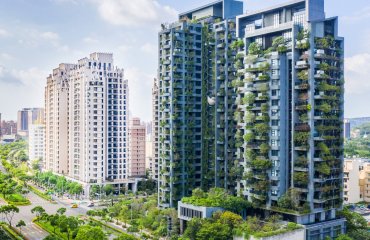 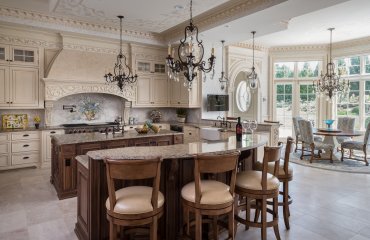 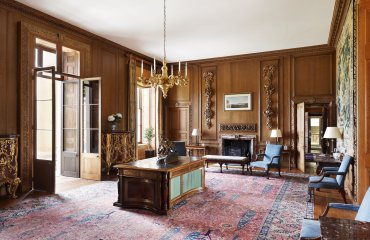