As contemporary design continues to forge ahead, driven by developments in technology and new materials, six young architects who are shaping our world contemplate how we have arrived here, and where we may go next

According to a new generation of architects, limits are becoming a thing of the past. Principles that once divided the urban from the rural, and the internal from the external, are now colliding and redefining the way we understand the world around us. Will Speros profiles six international cutting-edge designers who are changing the face of architecture, and quite literally building the future.

Andrew Maynard’s houses have a life of their own. In the same way his designs rebel, Maynard tries to break the mold in a different way with each project: “I am keen to avoid plateauing, if possible,” he explains. “I do try to make each project as unique as the clients that commission them. I don’t think that it’s fair to my clients that I copy and paste projects, so I try to make each home bespoke.”

One project Tasmania-born Maynard has received immense attention for is his iconic Hill House, created on a thin plot in Melbourne’s northern suburbs. Inspired by the techniques of Japanese and Scandinavian architecture, Maynard prides himself on leaving the smallest footprint possible. It is not only beneficial for the planet, but it also yields a more successful final product.

“We have plenty of room in Australia to spread out, which can make us lazy and inefficient with our use of space. If you create a well-designed space on a smaller footprint, then you’ll maximize your outdoor space while also restraining costs,” Maynard says. “It’s a win-win scenario.”

We have plenty of room in Australia to spread out, which can make us lazy and inefficient with our use of space

Another noteworthy project, this one especially beloved of the design press, is Cut Paw Paw, which features an open, metal-framed living space, inspired by construction sites.

Maynard says he cannot forecast where architecture will go from here, but he hopes his homeland continues to stand out. “Australian design culture is thriving,” he says. “It’s a great time to be an architect in Oz.”

Radiating creative energy, Stephanie Goto nevertheless likes to think of her work as understated. She believes her style to be a marriage of elegance and eccentricity, something that is evident in the apartments and restaurants that span her firm’s diverse portfolio – acclaimed projects include New York restaurants Corton and Aldea.

After 11 years (she established her practice in 2004), New York- and Tokyo-raised Goto believes the firm has honed in on its mission. “Architecture can empower [our clients] to do better,” she says. “We’re really focused on what it is that our team can bring to the table to change the way that our clients think and behave, while also being in harmony with what they’re trying to achieve.” Goto and her team are about to design and build their very own penthouse design studio on top of a building in New York City’s Union Square: “It’s a pivotal moment.”

David Rockwell taught me storytelling and how you create experiences, and how that changes people’s lives

Goto prides herself on the narrative qualities in her work, something she learned from the very best. “David Rockwell taught me storytelling and how you create experiences, and how that changes people’s lives,” she says of her former boss and mentor. Rafael Viñoly was another of Goto’s influences. She says she tries to mirror his tenacity when collaborating with her clients.

Goto recognizes the importance of technology and sustainability in modern architecture, but adds, “I think it’s actually also about looking back into the past and understanding the beauty of fundamentals of scale and proportion.”

Related: Travel the World via the Wonders of Architecture

For Boštjan Gabrijelčič, architecture has always been a family affair. The principles of the past converge with modern innovations at the firm his father began in 1997, and the result is a unique approach that is both inventive and pragmatic.

“Architecture is both rational and poetic…” Gabrijelčič says, “something that arises without predefined forms and is only just looking for its aesthetic justification.”

Gabrijelčič talks about work that has a “striking juxtaposition presented between polarized landscapes and mentalities. The Black Barn and the House Suha are trying to find the answer to how to put very urban housing needs in a traditional rural area.” On completion in 2014, the Black Barn, which functions as both a home and barn (a kind of “modern Slovenian hay rack”), won a Golden Pencil Award from the Slovenian Chamber of Architecture and Spatial Planning.

Architecture is both rational and poetic…

For Gabrijelčič, born in 1982 in Ljubljana, each project is about simplifying complexities: “To put all these parameters in the right row and show it as a very simple solution,” he says. “That is the beauty of it. The result is a very contextual architecture that refers to the surroundings using the newest materials and detailing techniques.”

Gabrijelčič believes economics will be the catalyst for change in modern architecture, and the industry’s future will likely be determined by how our unpredictable global marketplace will affect access to resources and materials.

In 2015, Dan Brunn’s eponymous practice celebrated 10 flourishing years. “We always try to push the boundaries of design and technology, and simplicity has been what we’ve been known for,” he says. Brunn’s profile soared when, in 2013, his Flip Flop House was named one of Interior Design magazine’s Best of Year finalists. “I didn’t expect all the publicity,” he says.

A motif in many Brunn pieces is the interaction between humans and nature. “I try to reinforce nature and bring nature back into the house,” says Brunn, who was born in Israel and raised in Los Angeles, of his complementary approach to design. “My theme is, in a way, framing nature. I try to give you a glimpse of it, make you really appreciate it, and want to connect with it.”

Provocative and versatile, Brunn’s designs make an impact because, he says, he never underestimates the human relationship with architecture. The interplay is pivotal for the architect, who cherishes how design informs human choreography.

“One thing I strive for is timeless design and to talk to the human scale, the human touch,” says the 36-year-old, who was lead project designer at John Friedman Alice Kimm Architects prior to setting up his own company.

As technology advances, Brunn hopes the industry will be propelled to a cutting edge not accessible until today. “We’re all trying to look at how we can bring technology into the actual construction,” he explains. “Now I think we’re trying to see how we can use technology to push forward.”

Fierce curiosity has been the driving force behind much of Lola Sheppard’s success. “The desire to experiment is what motivated us,” she says in reference to her and her partner Mason White’s firm: an “experimental design practice that operates at the intersection of architecture, landscape, and urbanism,” as their website puts it. “What we’re interested in is vernaculars, and how one can interpret vernaculars, not just of architecture but also spatial practice,” says Sheppard, who finds it difficult to compare her approach to that of other North American architects.

Sheppard, who also teaches, worked in Rotterdam, Paris, and London before setting up Lateral Office in 2003. She is currently enthralled with the study of how provocative design can redefine approaches to traditional practices such as camping: “Often we’re seeing where architecture and design can recalibrate how things happen,” she says. Lateral Office was among the many studios participating in the 2015 Chicago Architecture Biennial, where it displayed concepts for modern campsites.

The desire to experiment is what motivated us

Studying externalities (the consequences of industrial or commercial activities that affect other parties without being reflected in market prices) is Sheppard’s main focus right now, and she hopes to see ecology play a larger role for other architects in the future, although she does foresee the industry branching off in a variety of directions.

James Ramsey is one of the masterminds behind New York City’s most talked about project: the Lowline – the world’s first underground park. The “remote skylight” he invented allows sunlight to reach the subterranean greenery.

“We live in this incredible time right now where demographically the great majority is moving into cities,” he explains. “With that has come a sense of optimism in which normal people can change the city, and the power of our imagination.”

We’re just optimistic guys who want to make something awesome

It seems imagination is what has made the groundbreaking project possible. “We’re just optimistic guys who want to make something awesome,” adds Ramsey, who studied cathedral design in Europe before setting up raad studio in 2004. The practice has since built more than 100 projects across the United States.

Ramsey – who, as well as creating the Lowline, held interactive workshops to educate children on its design – believes that as the industry evolves, architects will have the tools to provide more individualized creations and, therefore, more emotional human experiences.

“We’re going to be freed from the shackles of creating a shape and maybe be able to articulate the beauty in the way something is put together, and create an experience that is a synthesis of any number of disciplines. 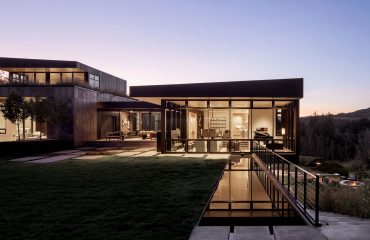 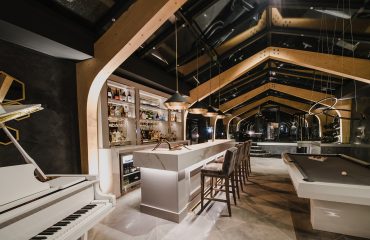 Happy Hours: How to Design a Home Bar for Your Space 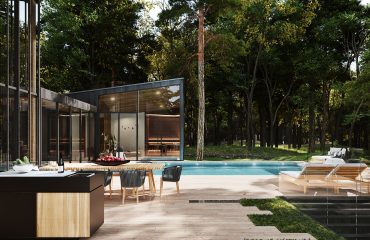 Home Safe Home: Welcome to the Era of Designing for Well-Being